Rent your perfect holiday villa: choose from over 2,000 villas in Valencian Community including villas with private pools and cheap villas
Read guide

Our 10 best villas in Valencian Community

Check out our best villas in Valencian Community.

Rent one of our cheapest villas in Valencian Community for a low cost holiday.

Reviews of our villas in Valencian Community

We have 3,165 reviews of our villas in Valencian Community.

We had a wonderful stay, there was everything you could wish for. The only thing we didn't expect was the storms and that showed that the conservatory needed a little attention against any future inclement and uncharacteristic weather. The villa was lovely and clean apart from under the sofa. Dawn was very friendly and helpful when we couldn't find the villa initially due to the adverts on the side of the road being changed. The area was very quiet which was what we wanted and the beach was only a short drive away, not a developed tourist area. The pool was close and a pleasant area, we visited this on several occasions when not out sightseeing.

We were a family of five (age range 78yrs - 18yrs) who stayed in this villa from the 31st August - 12th September. The villa was excellent and as we had hoped, the bedrooms are large and two have modern en-suite shower rooms. The facilities within the villa are excellent and we made good use of the additional games room on the roof terrace. Javea is a beautiful resort and had many aspects to it, there are many restaurants and bars to choose from in both Arenal and further along in the older part of Javea. If staying in this villa a car is recommended, we hired a car for the entire stay and managed to see a number of other resorts close by, however in our opinion Javea was the most attractive. We arrived late at night and were very grateful for a few essentials, milk, biscuits, crisps and cold beer which David and Christine had left for us, much appreciated. We would have no hesitation in recommending this villa to our family and friends and hope to return ourselves one day.

This is a good value villa, perfect for a relaxing holiday by the pool with plenty to do further afield as well. Not super smart, the villa is homely and does have some of the owner's own things in and around so it wasn't like other villas we've stayed in before, but it had everything we needed and we quickly got used to that. The fully equipped kitchen with washing machine and dishwasher was great, 2 bathrooms with no shortage of hot water, and air con in the lounge and ceiling fans in all the bedrooms to keep us cool. The roof terrace is the real gem with plenty of outdoor furniture, shade over the table and wonderful views. The lovely pool with great views and plenty of sun loungers on an attractive grassed area is 30 seconds walk away. There is a good section for babies and toddlers and a lifeguard most of the time. Supermarkets are 10 mins drive. A car is necessary to get around. We enjoyed trips to beaches, markets, Pola park, Alicante, snorkeling etc. Communication with Sandra was excellent throughout and she was very accommodating and extremely quick to answer any questions before and during our stay. There is an identical villa next door so it would be great for a larger party to take the two together. We would happily return if we were to revisit the area.

Very relaxing and enjoyable stay! The villa is very spacious and maintained to a high level. Communal pool close by and very well kept. The owner is very quick to respond to any communication. We loved it so much, we have already booked for next year!!

Had an amazing time, villa is massive and in a great location, cars defiantly recommended (we had 3 cars) but we often walked to and from Arenal Beach which is amazing and has everything you could want, takes maybe 25-30 mins. Good supermarkets nearby also. Joyce was absolutely amazing and couldn’t be more helpful or accommodating if she tried, and everything went very smoothly! Between the 12 of us we honestly couldn’t find fault, could maybe do with a spruce up/update in areas, and a few of us did get bitten by mosquitos, but in no way did this detracted from our amazing stay. Thanks again, and already considering it again for next year! ;-)

Excellent all round! The villa is lovely and has been improved further since the pictures taken. there are lots of separate seating areas outside so you can have your own space, the heated pool was perfect and the bbq area and kitchen in general well stocked and fantastic. Beds were comfy, and everything really clean when we arrived. Would recommend to anyone!

Villas for rent in Valencian Community

Situated on the southeastern and central region of the Iberian peninsula, Valencian Community boasts more than 500km of coastline, and a contrast of lively urban cities and small coastal fishing villages. With Catalonia to the north, Aragon and Castilla-La Mancha to the west, and Murcia to the south, there are three provinces in the region; Castellon, Valencia and Alicante. Overlooking the Gulf of Valencia, the landscape boasts rolling mountains, dense forestry, picturesque orange groves and vineyards. From the relaxed beaches of the Costa Blanca to the historic village of Peniscola, this autonomous region of Spain is as diverse as they come. Its capital of the same name, also referred to as 'The City of Sand', is the third largest city in Spain, with the largest Gothic gateway in the whole of Europe.

Stretching over 200km from Denia in the north to Torrevieja in the south, discover the lively coastal resorts of the Costa Blanca and its white, family-friendly sands and tranquil waters perfect for enjoying water sports, people watching and postcard-perfect views of the Mediterranean. For bright lights and fancy clubs head to bustling Benidorm, or for a low-key break away from it all, discover the upscale resort of Moraira, 100km south of Valencia. A favourite with walkers and cyclists, tune out from the hustle and bustle in Jalon Valley, where the scent of almond blossom and the peace and olive groves and pine trees make the perfect location for a rustic villa holiday.

Valencia Province and the capital of Valencian Community, is a city of contrasts, stretching from the coastal resorts of Oliva in the south and Sagunto in the north, to Utiel in the west. From the ultra modern Oceanografic Aquarium to the ancient Roman Catholic Valencia Cathedral, there is plenty here to whet your cultural appetite. The little ones will love Bioparc; managed by Rainforest, boasting recreated jungle habitats and spectacular wildlife enclosures. Enjoy a traditional alfresco meal in the old town while taking in the charms of the typically Spanish squares, Gothic architecture and wide cobbled streets. Watch the world go by with panoramic views across the city from El Miguelete bell tower. Enjoy the lively metropolitan feel of the city, or sit back and bask in the glorious sunshine of the coastal resorts of the White Coast. Discover a region steeped in Roman, Greek and Phoenician history, from Santa Barbara Castle in Alicante, to San Miguel de los Reyes Monastry in Valencia city.

Aside from its beautiful beaches, Alicante Province is known for its Mediterranean charm, nightlife and historic remnants such as the medieval Santa Barbara Castle providing breathtaking views of the region and its modern marble promenade boasting all the amenities a holidaymaker could need. This sun-kissed region is also home to over 15 golf courses. Take a Sunday morning visit to Mercado Central (one of the oldest markets in Europe) and discover its vibrant indoor stalls selling everything from seafood to cured meats and sweet dessert wine.

Where to go in Valencian Community

To the south of Valencian Community, Alicante Province boasts 200km of the glorious beaches of the Costa Blanca, historical monuments, museums and the metropolitan atmosphere of Alicante city. Let's not forget the beautiful Mediterranean climate!

Right in the heart of Valencian Community, Valencia Province is the largest of the three provinces, with one third of people living in the capital of the same name. This wine making region overlooks the Gulf of Valencia, with a stunning coast and mountain landscape.

7 Unmissable Things To Do In Alicante

Known for its fantastic arts and culture, tasty food and lovely Costa Blanca beaches, Alicante has become one of the Mediterranean's most popular holiday destinations. Whilst the Valencian city offers 244 kilometers of coastline and a stunning old town, theres plenty of adventure to find here too. Here are 8 things you just MUST experience when visiting Alicante... 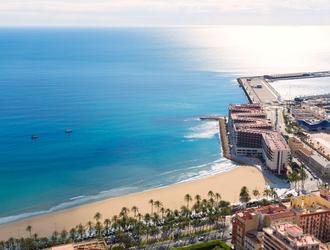 Find the perfect beach resort within a short drive of Alicante Airport. 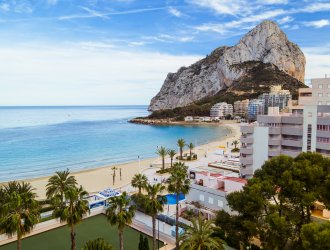 10 Photos To Inspire a Holiday To Alicante

With its quaint, coloured homes, narrow streets, hilltop castle and quintessential Spanish culture, it's certainly not surprising that Alicante is an enormously popular holiday destination. Whether you want to walk along palm-fringed, white sandy beaches, visit lively local markets, enjoy some iconic arroz a banda the local version of seafood paella on the marina or hike up to the ancient castle and experience the breath-taking panorama, there's something for everyone here. Here's a taster of what this magnificent destination has to offer... 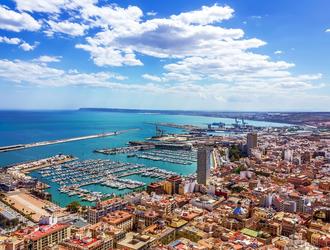 8 Reasons to go on Holiday to Benidorm now

There’s a reason why five million tourists arrive every year to spend their holidays in this Spanish town. What was once a small fishing village until the 1960’s, Benidorm has now risen to become one of the world largest and most vibrant resorts, here’s why! 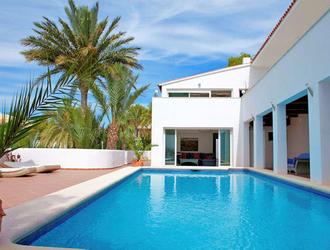 5 Reasons Why You Should Avoid Benidorm

Thinking of heading to Benidorm for a holiday? Well, on your head be it... 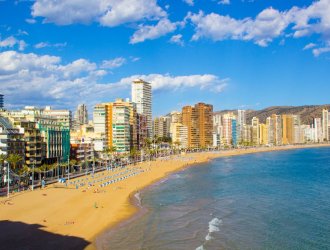 14 Reasons Why Valencia Should Be On Your Bucket-List

A colourful city culture and a wealth of allures and attractions, Valencia almost has the feel of a capital. There are a variety of dynamic landmarks to explore, a thriving dining scene, great nightlife and even sun-kissed beaches on offer. Somehow, though, this city remains hugely underrated. Looking to visit somewhere new? Explore Valencia, and then spread the word... 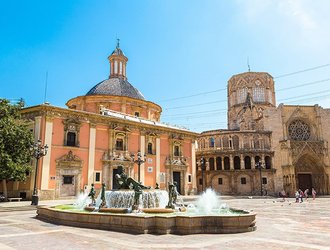 8 Reasons To Go To Valencia

Valencia is often overshadowed by its somewhat more high-profile siblings; Barcelona and Madrid. However, Spain's third biggest city certainly has a lot to offer when it comes to choosing a holiday destination. I mean first and foremost, it's actually the birthplace of Paella! But seriously, with a beautiful sandy beach, a vibrant social scene, awe-inspiring futuristic buildings and a quintessential old town that exhibits everything we holidaymakers love about Spainish culture, what more could you really want from a weekend away? 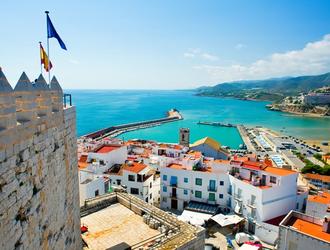 The 5 Best Bars In Benidorm

Fancy hitting some bars on your holiday to Benidorm? Well here's 5 of the best. 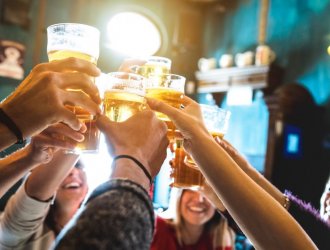 Enjoy good craic at any of these top Irish bars in Benidorm. 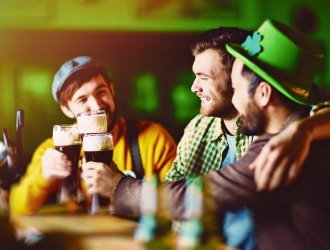 How To Get From Alicante Airport To Javea, Calpe or Denia

We've nailed the logistics so you can get on with enjoying your holiday. 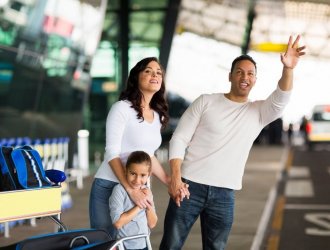