The 7 Most Underrated Cities in Spain 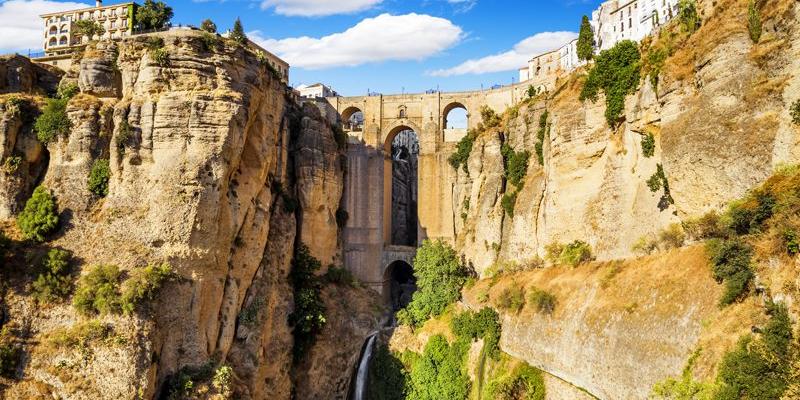 Whilst Barcelona and Madrid provide eclectic cityscapes, and Spain's many islands and coastal cites serve as the ultimate retreat into summer sun, this diverse country is also home to some of Europe's most exciting cities, that often go overlooked. Find yourself falling in love with the colourful buildings of Girona, captivated by the cliff-side beauty of Ronda, or sun-kissed in the stunning beach resort of San Sebastian! Here are 6 of Spain's most underrated cities...

The bright sandstone buildings that decorate Salamanca have earned it the nickname of 'The Golden City'. It has been a university town since as far back as 1218, exemplified by the lively bars and clubs that design its glittery nightlife. Expect to find an incredibly lively and youthful city surrounded by a gorgeous historical cityscape.

With a culturally rich Old Quarter surrounded by lush green landscapes and parks, Burgos is undeniably one of Spain's must underrated cities. Its famous gothic Cathedral remains the treasured centrepiece of the city, looming large over the many authentic restaurants, bars and historical sites that decorate its surface. Home to the marble tomb of El Cid, Spain's national hero, there is no question that Burgos has played a significant role in the countries popular history.

Whilst most sun-seekers may venture to the popular beach resorts of Tenerife, Majorca or even Spain's many coastal cities, San Sebastian is home to some of the best. With a tapas culture that is revered around the country, it is regarded as one of the best places to get a slice of Spain's delicious culinary culture, not to mention it vibrant, animated nightlife.

Venturing through its cobbled-stone streets and antique mediaeval walls, you are bound to stumble upon some of Girona's many gems; the brilliant assortment of museums, galleries and historic cathedrals that call it home. Dubbed as 'The City of a Thousand Seiges" for its history of withstanding invasions over many centuries, there is no shortage of cultural heritage here, but that isn't its only feat with plenty of things to see and do in this colourful city.

The Sierra Nevada mountains provide the ultimate backdrop to the wonderful city of Granada, the glorious city in Andalucia region. Home to unique splendour and charm, expect to leave Realejo's stunning white washed buildings to be met by inspiring street art just a few mazed streets away, eventually finding yourself marvelling at the beauty of the famous Alhambra Palace at sunset. It is the perfect city to get lost in and definitely not one to be overlooked.

Recent years have seen Valencia go through magnificent innovations and developments, playing host to both the ultra-modern architecture within the new City of Arts, as well as charming and atmospheric old town, the beautiful Barrio del Carmen. This city offers a very alluring blend of the traditional with an exciting contemporary culture in Spain that is not to be missed out on. Explore the new and the old, experiencing some of the worlds best Paella along the way.

Perched dramatically on the top of a cliff, surrounded by mountains and overlooking the wondrous El Tajo gorge, welcome to the spectacular city of Ronda. Settled in Andalucia, this city features an alluring laid-back atmosphere in a setting that is so rich in natural beauty and cultural heritage and history that has lured artists and travellers alike over many years.

Which cities would you add to our list?! See our villas in Spain...