Our 10 best villas in Catalonia

Check out our best villas in Catalonia.

Villas in Catalonia with private pools

Rent one of our cheapest villas in Catalonia for a low cost holiday.

Reviews of our villas in Catalonia

We have 1,762 reviews of our villas in Catalonia.

Fabulous location, very large,traditional house but be aware- its on the hill! Lots of steps! But what a view! Wish I booked for a month! Very homely,comfortable atmosphere. Loved it.

The property itself is old and large. It was very clean and suited us, we were very please. Positives. Three large airconditioned bedrooms. The villa is a 10 minute walk to the beach and restaurants, may 15 minute walk to the centre and only 5 minutes to the supermarket. I had a car but it was easier to walk in to town than drive and park. You could happily holiday here without a car. Ground/First floor has a sun room (pictured), Kitchen and lounge is on 2nd floor and the three bedrooms 3rd floor. Quite a lot of stairs, this was not a problem for us. The swimming pool is big enough and well maintained, it is not fenced off, again not an issue for us. The fourth bedroom is off the lounge, is glass on two walls with no aircon. This is an excellent property for couples and families with children who can swim and climb stairs.

Loved the pool, house etc Had thought it was walking distance from sa tuna but actually location is further south than pin on advert shows meaning the need to drive to the beach. The region is fantastic...3 weeks next time!

The house is in perfect condition. It is ideal to spend a few days on vacation with your pool and the beach at 15 minutes. Site to leave 3 or 4 cars new materials. They leave towels. The only thing to highlight bad is that the first day we failed a little electricity but they repaired immediately. I would also highlight that there is a lack of detergent for the dishes or to leave a couple of tablets for the dishwasher.

The villa is very pretty. We regret not having seen anyone from the agency to guide us. We were delivering a little to ourselves. We had a pleasant stay.

We went a few couples with our children and we were delighted. Each room has its own bathroom, the barbecue is great and the pool also. Totally recommended, we will return without a doubt

Situated in northeastern Spain, beautiful Catalonia has something for everyone. From the golden beaches of the Costa Brava, to the art and culture of Barcelona, explore a region bursting with colour, creativity and history. Discover a landscape dotted with seaside towns, rolling hills and snow-capped mountains, where you can lie on the Blue Flag family-friendly beaches of Blanes, or hit the Pyrenees slopes surrounding the unspoiled province of Lleida. Diverse Catalonia is one of the most popular regions in Spain. With a landscape that inspired the likes of Gaudi and Dalí, it boasts beautiful mountain valleys, pristine beaches, ancient architecture and plenty of museums, art galleries and boutiques. From the coastal resorts of the Costa Brava to the Roman remains of Girona Province, Catalonia doesn't just cater to one type of holidaymaker. Revel in the energy of Sitges, or enjoy a low-key break in the traditional coastal village of El Port de la Selva. Our holiday villas allow you to experience the best of Catalonia, whether you want a relaxing villa by the beach, quiet villa in the hills, or a villa right in the centre of all the nightlife. Discover our vast choice of villas!

Where to go in Catalonia

Catalonia's coast is a mix of lively beaches, unspoiled bays and pine-clad hills and mountains, with a 300km stretch of coastline overlooking the sparkling Med. Relax on its glorious golden sands, with a landscape dotted with fishing villages and historical remains. From the Medieval old quarter to the lake of Banyoles, Girona Province lies beside the Onyar river, and is one of the most historic and beautiful cities in Spain. The stunning Gothic architecture of Girona Cathedral in the heart of the old town has even inspired film scenes for Game of Thrones! In May, watch the streets come to life with colour and the scent of blossom with Temps de Flors flower festival, or discover the dormant volcanoes of la Garrotxa Nature Reserve, just 50km from Girona city.

Southwest of Barcelona in Tarragona Province, the Costa Dorada, or 'Golden Coast', is known for its fine sand beaches, shallow waters and ancient Roman amphitheatre. Discover Spain's biggest theme park, PortAventura World in family-friendly Salou. Salou offers an array of shallow water golden sand beaches to choose from; the most popular being Levante beach close to the town's centre. The Cami de Ronda coastal path via the Cabou de Salou is a fantastic way to keep the kids active while enjoying some stunning scenery across the surrounding coastline.

Eastern Spain's Barcelona Province boasts a rich history, inspiring landscape and was once home to the world famous artists Picasso, Miro and Gaudi. Bordered by Tarragona, Lleida and Girona provinces, the capital city Barcelona is the art and culture capital of Spain. Barcelona is the capital of Catalonia and one of the most vibrant cities in the world with its art scene, colourful culture and world-famous cuisine. Its metropolitan atmosphere and urban beach Barceloneta makes it the perfect place for a sunny city break, while the pedestrian street of Las Ramblas running through the centre of the city, is one of the most busy boulevards in the world. Barcelona's old town is steeped in ancient history, with its Moorish and Gothic architecture, narrow winding alleys and town gem, Barcelona Cathedral. Art and culture lovers will enjoy the Picasso Museum bringing to life the artist career of one of the world's most famous and inspirational painters, as well as Gaudi's magnificent unfinished Roman Catholic church Sagrada Família.

It is a region of stunning unspoiled beauty, a world away from the bustle and energy of Barcelona. As one of Catalonia's hidden gems, this northeastern province is home to pretty peach fields and tranquil mountain valleys, including Valle de Boi, where lies the only national park in Catalonia, Aigüestortes i Estany de Sant Maurici. Don't leave without visiting Lipica Stud Farm, one of the oldest stud farms in the world, dating back to 1580!

Take a look at our blog posts about where to go in Catalonia and what to do on your holiday in Catalonia. 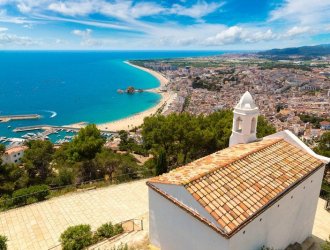 Spain is one of the most visited holiday destinations in the world, with golden beaches, warm climate and turquoise waters. So for those of you who think you've 'done' Spain, we've put together some hidden gems you might not know about in Costa Brava. 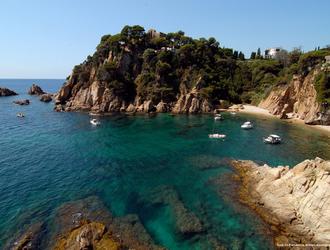 11 Reasons Why You Should Never Visit Barcelona

You may have heard some good things about this city called Barcelona, but don't believe the hype. After reading this article you will never set foot there. **Note: this article may contain sarcasm** 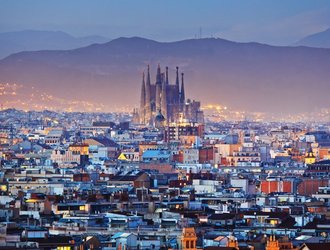 The Top 10 Food and Drink You Must Buy in Barcelona

Barcelona is a vibrant and colourful city, without the chaos of cities like London or Paris. It definitely has a laid-back vibe, and anyone who has visited this Catalan city will tell you that their explorations revolved around hopping from cafe to restaurant to bar sampling the Spanish food and drink on offer. 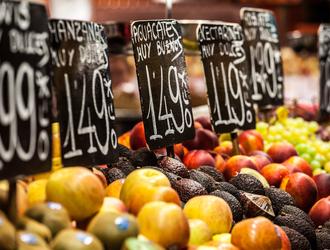 Flying into Girona Airport? Discover the best beach resorts a short drive away. 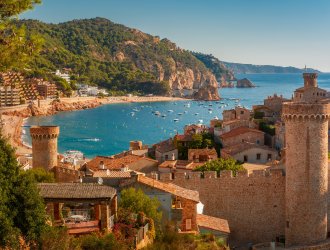 A trip to Barcelona involves beautiful street adventures full of old buildings and captivating architecture, glorious dining experiences and relaxing sun-filled beach days. It is one of the most popular tourist destinations and for good reason, with so much to see and do, and that blissful Barcelona weather that never wavers. Here are 8 reasons why you should started packing your bags right now... 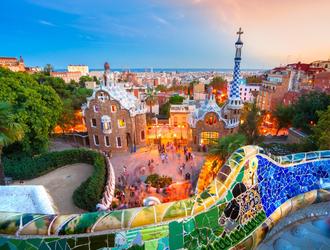 10 Things We Love About Barcelona

Barcelona’s enchanting assortment of old and new styles will have you admiring an imposing Gothic cathedral one minute and surrealist 20th century sculptures the next; whether it’s the fantastic and incomplete Sagrada Familia with its twisting spires or simply a table full of colourful Spanish tapas, Barcelona puts on an incomparable show. Here are the 10 best things we love about Barcelona... 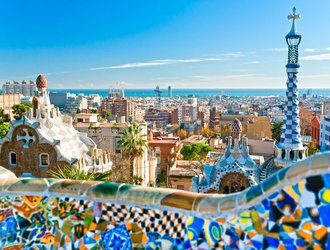 10 Photos To Inspire A City Break To Barcelona 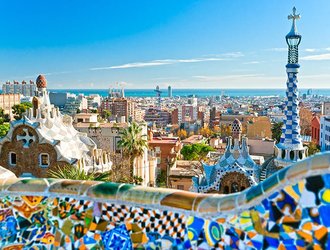 The Best Places To Eat and Drink in Barcelona

When you arrive on holiday somewhere new, there's nothing like asking the locals where the best places are to eat and drink. It's often that one hidden bar or restaurant that can make your time in a new place even more special. The dining scene in Barcelona is second to none, featuring some of the finest Spanish cuisine in the world. We spoke to local and travel enthusiast Andreas Olsson for his recommendations on where to enjoy the best food and drink in Barcelona... 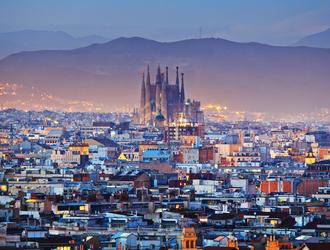 Empuriabrava is an enchanting town of winding waterways, colourful riverside houses and award-winning beaches. And that's just scratching the surface - here are 4 reasons you should visit this unique resort. 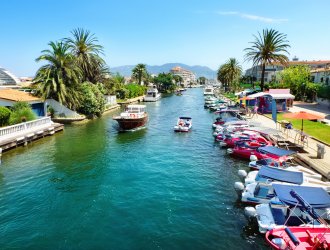