Turkey is home to some incredible cities, all with their own character, landmarks and charm. Deciding on the best cities in Turkey however,is no easy thing, but we think we’ve managed it. 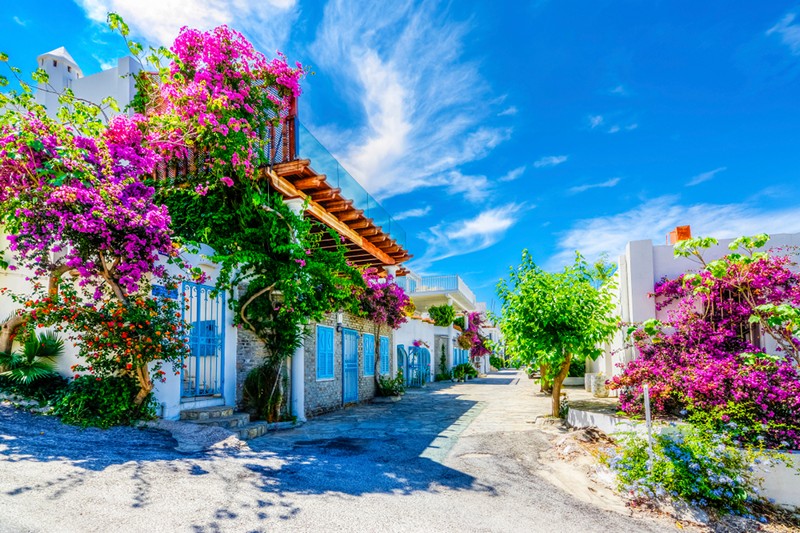 If you can only visit one city in Turkey, then it should be Bodrum. It’s a fantastic amalgamation of classic Aegean character coupled with modern sophistication and activities. The Marina dazzles in the sunlight and practically begs you to stroll around it and take in the view, while the St Peter’s Castle rests nobly on the skyline as a nod to the city’s colourful history.

Further in you’re met with the classic white and blue houses that are irrefutably Turkish, as well as narrow streets filled with flower-adorned eateries, bars and shops. The city pulses with activity and is wonderfully chaotic during the summer, though the more you wander the more you’ll discover little nooks of tranquillity.

Vibrant and fun, Bodrum is one to explore, you’ll never know quite what you’ll find. 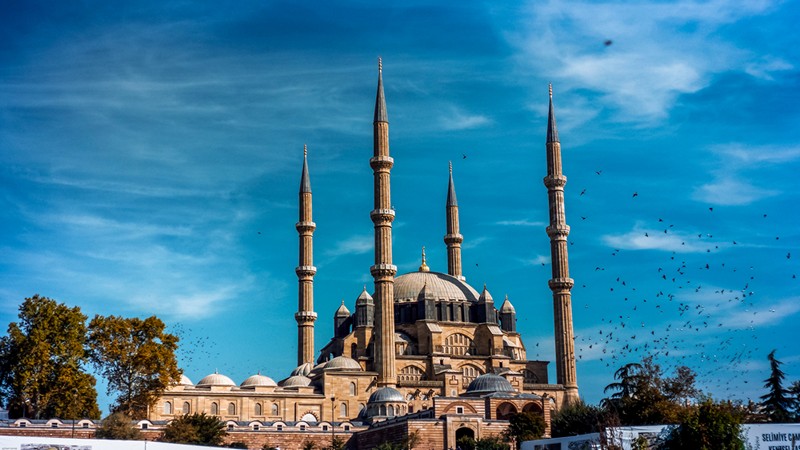 Settled close the boarders of both Greece and Bulgaria, Edirne is known as being the capitol of the Ottoman Empire at one time, illustrated by the classic architecture you’ll see around every corner. Most famous and exemplary of course, would be the 16th-century Selimiye Mosque, a large domed building framed by four iconic minarets, which makes for a striking outline on the city’s horizon.

Of course, when you’re not admiring the cities inherent grandeur and historic echoes, you’ll discover a place that hosts a wealth of culinary delights, the fantastic Ali Pasha Bazaar shopping experience and at certain times of the year the odd yet entertaining Kırkpınar oil-wrestling festival.

Edirne is another example of a city that’s strived to retain its heritage while also becoming ever-popular among tourists for its vast array of modern attractions and activities too. 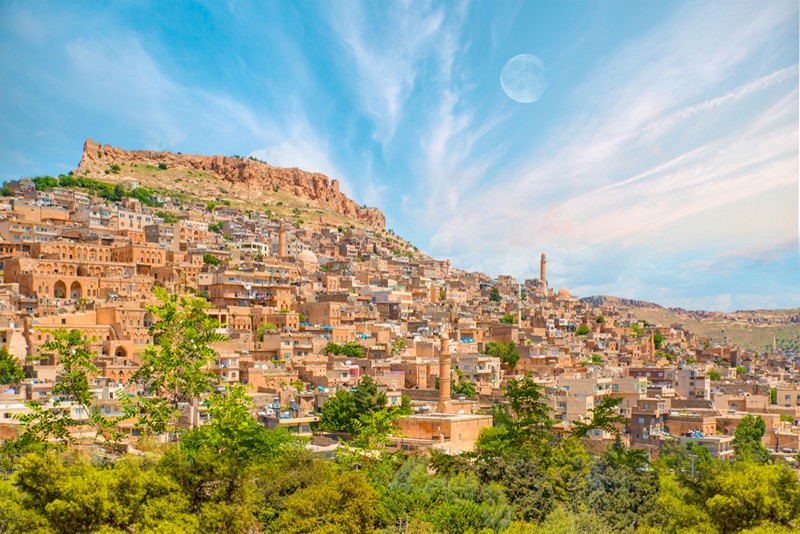 This pretty city that’s comprised of labyrinthine-like streets, fantastic architecture and delightful nooks and crannies to explore has become more and more popular as a destination for travellers to visit.  Walking around admiring intricate doorways and sandy-coloured houses, you’ll also notice how diverse its heritage is, with influences from Christian, Syrian and Kurdish backgrounds all coming to the fore.

Looking up you’ll see the famed castle of Marden that dominates the skyline, and if you’re feeling adventurous it makes for a great walking point. Once reached, not only will you be able to appreciate this incredible structure for its historical and architectural magnificence, you’ll also get to appreciate Mardin from above, a crazy maze of houses, eateries and nods to the past, swimming amid a sea of green courtesy of the surrounding valley. 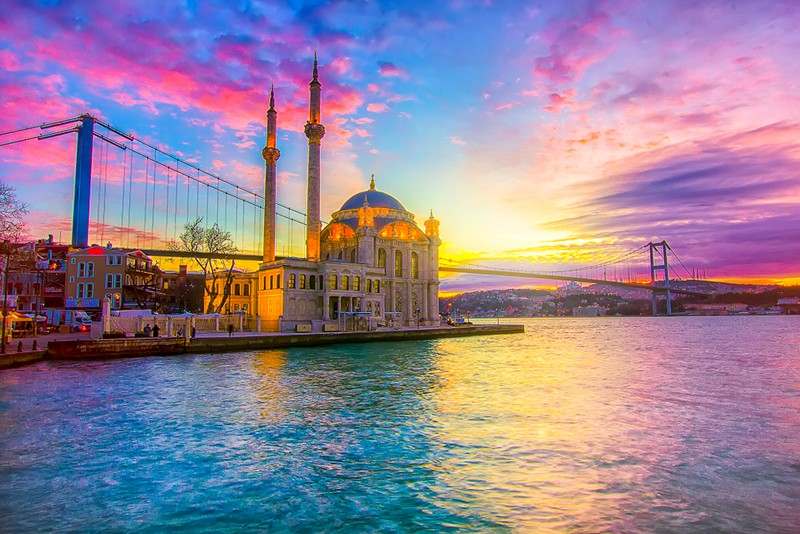 You can hardly expect to talk about Turkey’s best cities and not mention the glittering jewel that is Istanbul. You’ll be hard pushed to find a more culturally rich location in Turkey, nor somewhere so historically pivotal and still bearing so many wonderful hallmarks to its past.

Looking around and you’ll be struck by Byzantine churches, Ottoman inspired museums and art galleries, not to mention beautiful mosques, palaces and parks.  Simply said, it’s a sight for sore eyes and everyone who visits comes back slightly starry-eyed and awe struck.

But that’s just the tip of the iceberg of course, Istanbul also plays host to a myriad of activities and attractions, with an amazingly diverse culinary scene to enjoy, endless tours to learn from and plenty of wonderful shows and festivals to get involved with too.

Honestly, a visit to Istanbul is like a whirlwind romance, you’re not quite sure how it happened but it was something you’ll never forget. 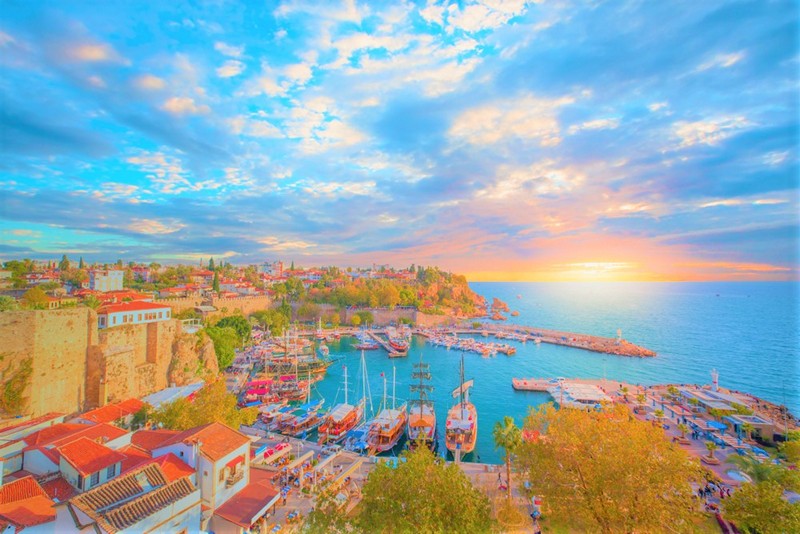 Part of the Turkish Riviera, also aptly known as the Turquoise Coast, Antalya surely takes the crown of the prettiest city in all of Turkey. With classic narrow lanes that scatter and creep in weaving tangents, to the sky-blue coastline that surrounds it and the incredible mountains that stand silent in the distance, the raw beauty of Antalya is undeniable. Head further in and it all becomes so much more incredible. With traditional Ottoman houses, trendy bars beside the water, luxury holiday villas, amazing restaurants and plenty of opportunity for some retail therapy, Antalya is the perfect mix of old and new.

How about looking at our beautiful villas in Turkey?