Holidays aren't just about relaxing on the beach or by the side of the pool - most people like to get out and about to see famous landmarks and tourist spots when they travel away from home. Imagine the disappointment of these poor tourists then, on arriving at their long-awaited destination, to find that it doesn't live up to expectations.

We've put together some of the funniest reviews of world-famous - and much visited - tourist sites.

This 300 metre high tower was built in the late 19th century and is a widely recognised icon of Paris. There are over 1,600 steps to reach the top (happily, there is also a lift). Around 7 million people visit the Eiffel Tower each year.

"It's ugly. I say we bulldoze and build a giant Walmart and Costco" 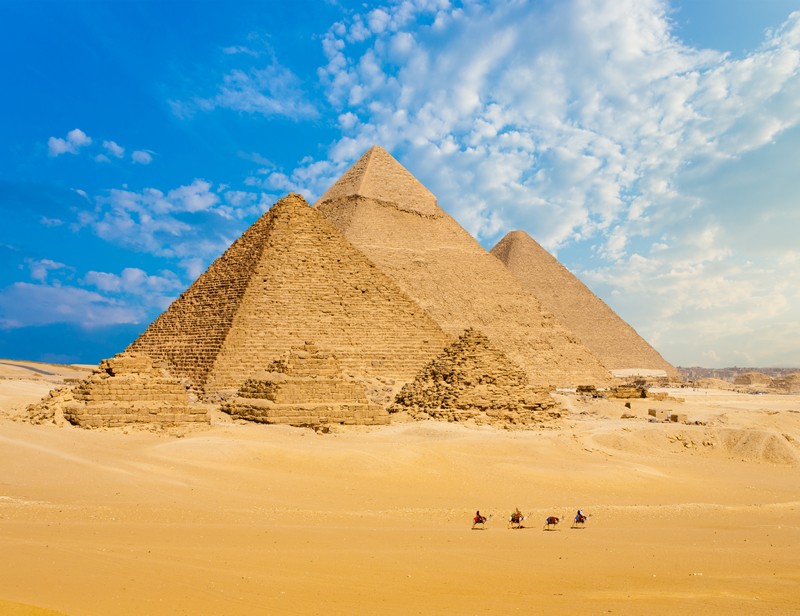 Built around 2500 BC, most people acknowledge that these Egyptians pyramids deserve their placement in the Seven Wonders of the Ancient World. The Great Pyramid is constructed of over two million stone blocks and the mind boggles at the feat of transporting these stones and constructing the pyramids themselves. Over 14 million visit the site each year.

Construction of this famously unfinished church in Barcelona began in 1882, and it is still being built to this day. This ornamental church is unlike any other, and the unique designs of architect Antoni Gaudi mean that it is now a UNESCO World Heritage Site, welcoming around 3 million visitors a year.

“Girls seemed to love it, blokes standing around bored stiff.”

Verona is renowned, amongst other things, for being the setting of Romeo and Juliet, and Casi de Giulietta is said to be the house that inspired Shakespeare’s famous balcony scene. More than 5,000 letters are received at the house each year, addressed to Juliet, asking for relationship advice (have they not read the ending of the play??).

“Nothing interesting inside in my opinion”

The largest amphitheatre ever built, in around 80AD, this iconic symbol of ancient Rome is considered one of the greatest works of Roman engineering. It is estimated that half a million gladiators lost their lives in the Colosseum; today, around 4 million tourists visit each year.

“Terrible day in this park. Nothing to do.”

Disney might not be everyone’s cup of tea (although we think most children would agree that a golden ticket to the magical world of Mickey Mouse is one of the best gifts a parent can give) – but “nothing to do”? Surely not. Magic Kingdom, Epcot, Hollywood Studios, Animal Kingdom Park… let’s hope that the 150 million people that visit Disney parks each year aren’t this disappointed.

A palace and fortress built on the remains of Roman fortifications, the Alhambra is perched high on a hilltop in Andalucia. The intricately-carved stone walls, exquisite courtyards, Islamic geometrical designs, mosaics and breath-taking views are just some of the reasons that up to 6,000 tourists visit the Alhambra every day in the busy summer months.

“It was just a pile of dirt and rocks”

277 miles in length, and at places 18 miles wide, the Grand Canyon is one of the world’s natural wonders and is millions of years old. Its colourful layers of rock, and jaw-dropping views, delight around 5 million visitors annually.

“Nothing interesting to see”

Nearly 3 million visitors come to see this World Heritage Site every year. Built by William the Conqueror as a royal palace and fortress, it is famous for having been a place of execution, for having housed the Royal Mint and for having been home to a menagerie of animals including elephants and polar bears. Today, amongst other things, it contains 23,000 jewels, a few ravens and rumour has it, several ghosts. 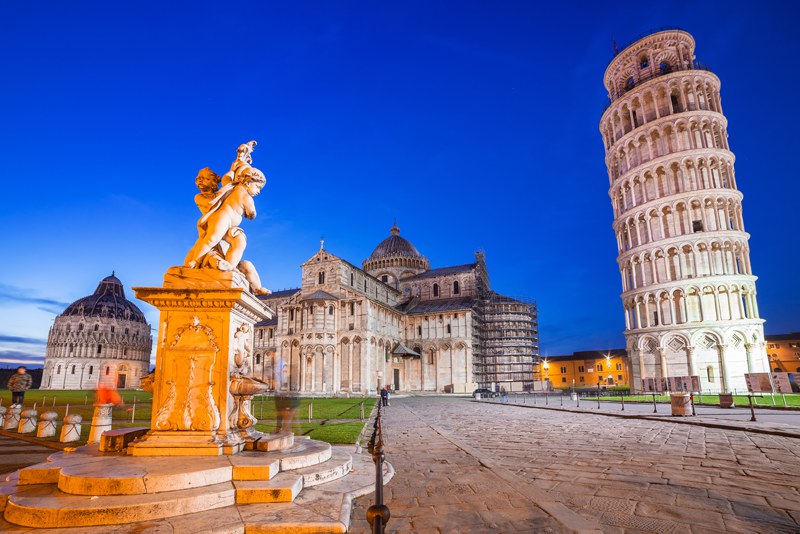 The tower wasn’t always leaning; the soft ground it was built on destabilised its foundations. The instantly-recognisable tower was built to display the wealth and prosperity of 12th century Pisa, along with a cathedral and other grand buildings. A million visitors admire the tower every year, many of whom climb to the top of the tower to enjoy views over the city and beyond.

“You can see everything on the internet and save yourself unnecessary queuing and money.”

A Byzantine masterpiece with an extraordinary history; built 1,500 years ago it was first a Cathedral, then an Ottoman mosque, and now a museum. Imposing and ornate, the building has an enormous dome and is visible on the Istanbul skyline from miles around. The “weeping column”, one of 107 pillars, is said to have healing powers.

With the good looks of a Disney fairy-tale castle, this palace occupies a lofty position in the Sintra mountains overlooking Lisbon. The palace is a stunning mixture of medieval, Renaissance, neo-Gothic, neo-Islamic, neo-Renaissance and neo-Manueline styles… in short, it’s a real looker. 1.5 million people visit annually.

“Just a small place where Anne Frank has lived”

1.3 million people visit the “small place” in which Anne Frank hid from Nazi persecution and wrote her famous diary. It is small, and that’s rather the point – the Secret Annexe, as she named it, was hidden behind a moveable bookcase and Anne and her companions could not leave their attic confines for over 2 years, before, tragically, they were discovered by the Gestapo.

Dating from the 9th century, this building has been the castle of Bohemian kings, Holy Roman Emperors and now is the official office and residence of the President of the Czech Republic. It is the largest ancient castle complex in the world, and includes the Old Royal Palace, St Vitus Cathedral, the Palace Gardens, the Picture Gallery and a Toy Museum, and attracts around 1.8 million visitors each year.

Well… we rather like Florence. The Ponte Vecchio is one of the most recognisable landmarks in the city, a medieval stone bridge over the Arno, with shops built along it. Florence as a whole is a beautiful, romantic city; the capital of the Tuscany region it hosts many famous landmarks including the famous Cathedral and the Uffizi Gallery, jam-packed with Renaissance masterpieces.

“A small statue of a little boy urinating, hardly the stuff of dreams”

This bronze sculpture is located on an unremarkable corner in Brussels, and apparently represents the rebellious spirit of Brussels (and perhaps implies that the inhabitants of this city don’t take themselves too seriously). The statue is known for known for being dressed in different outfits throughout the year and its wardrobe has more than 800 items, including a Santa Claus outfit and gifts from royalty around the world.

Have you seen any of these famous landmarks? Do you agree with these comments or have you been underwhelmed by different tourist attractions that you have been to? Let us know in the comments!

Find your perfect holiday villa or apartment on Clickstay.