6 Reasons You Should Avoid Malta

Thank goodness, we caught you, clearly, you’re considering a jaunt to Malta, blissfully unaware of what awaits and more than merry to throw caution to the wind.

Well, just hold your horses will you, because you should not be going to Malta under any circumstance. No seriously, we’ve weighed up all the factors and it turns out it’s just not the place to be.

Evidence? What are we in court?

Alright, as it’s you. Here are the top 6 reasons you must NEVER set foot in Malta. 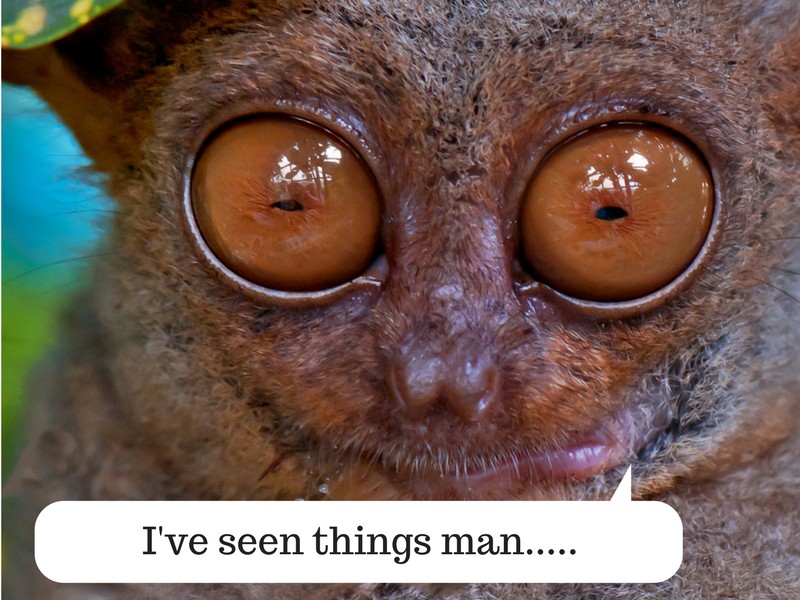 Honestly, no matter where you look there’s this beautiful landscape or that incredible historic relic, you can’t blink for all the excessive gorgeousness and breath-taking scenery. How are your eyes meant to cope with all that? They’ll be darting all over the place in a bid to take it all in and come bedtime you won’t want to get shut-eye because that means missing out on the beauty by moonlight. Your poor peepers won’t know what’s hit them, they’ll need a holiday of their own after a day of that nonsense.

Trust us, it’s just too damn pretty for its own good. 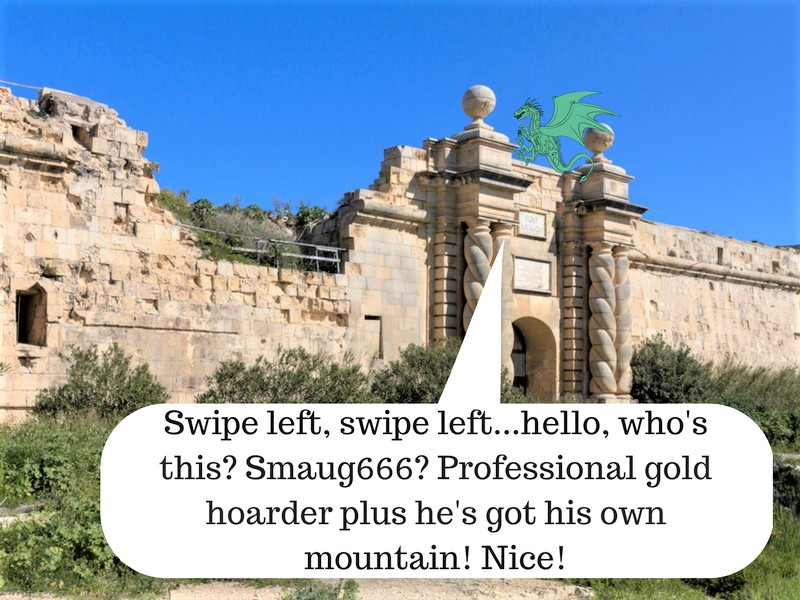 So maybe you’ve never heard of Westeros, but let us tell you now it's not a safe place to be! It’s full of political unrest-a ‘Game of Thrones’ if you will, and Malta has the gall to offer you a tour of some of the key sites of this struggle! You even get to meet some of the well-known faces at the heart of this social uproar and become privy to what’s going on behind the scenes too! That’s right, getting dragged into all that messy 'who's going to rule' stuff. Besides (and maybe you don’t know this) but this Westeros place is home to the three last dragons, you know, the fire-breathing sort, plus everyone's obsessed with letting you know how soon winter's coming!

Just don’t get involved, it’s much too dangerous. Unless maybe you want a shot at this ‘iron-throne’ that everyone keeps harping on about? 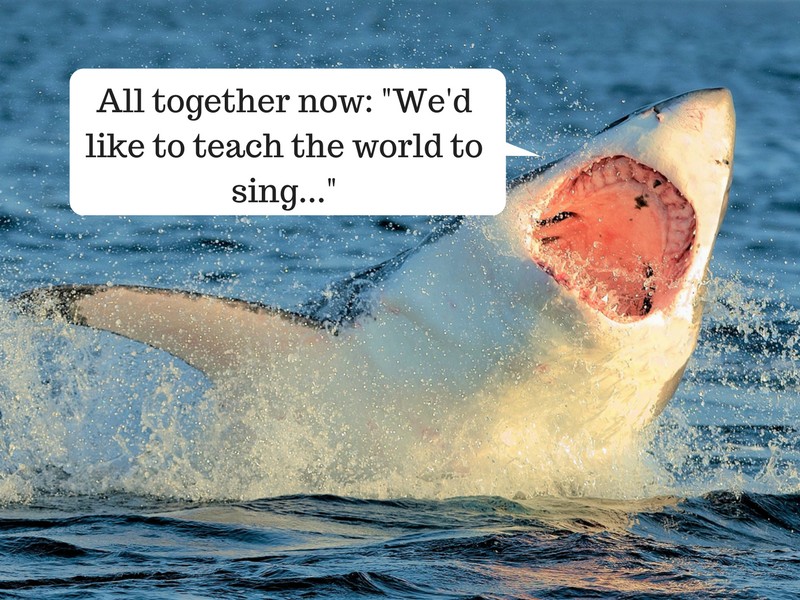 Well honestly, need we say more? In the immortalised words of Dr. Ian Malcolm of Jurassic Park fame: “Oooh, ahhh, that’s how it always starts. Then later there’s running and screaming”. Sure, sharks and rays are pretty gorgeous and fabulously interesting, and ok, so they’re behind glass. But you have to wonder what they think about all day? Our guess? World domination. And if that day comes you’ll wish you hadn’t been murmuring ‘here fishy-fishy’ and making clever observations like 'that shark sure could use a dentist!"

4: You’ll Have to ‘Get Down with Your Bad Self’ 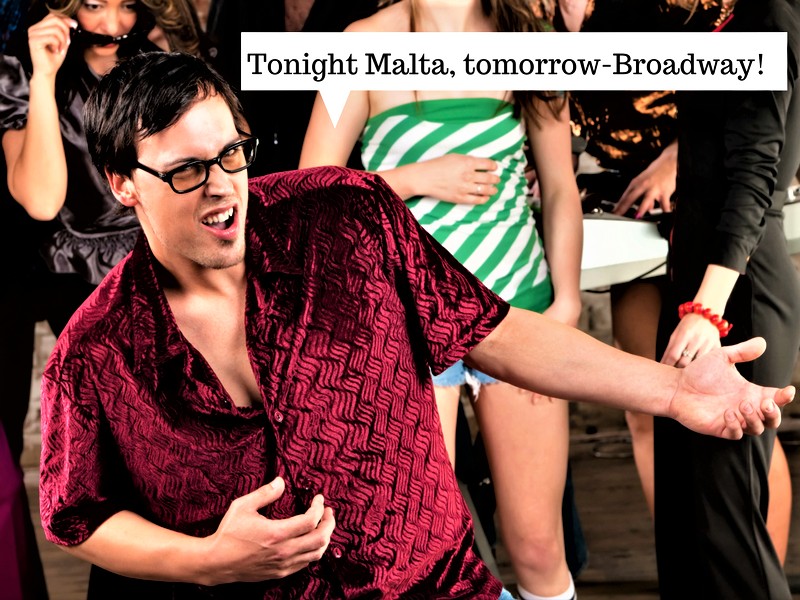 Having two left feet and a horrendous penchant for Hawaiian shirts won’t save you, the Malta nightlife scene demands that sacrifices be made, and so you will find yourself at one point or another clubbing the night away. The music’s great and varied, the drinks are colourful, and the choices of venue are plentiful, but that doesn’t take away from the fact that maybe, just maybe, you dance like your dad.

Our motto is what happens in Malta-stays in Malta. So, confiscate your snap-happy friend's camera and make the solemn vow: ‘The dances we do on this night must not resemble a ‘boogie’ or involve finger pointing in the air, but should that happen, we swear to not document, nor mention this event ever again’.

5: The Creature from the Blue-Lagoon? 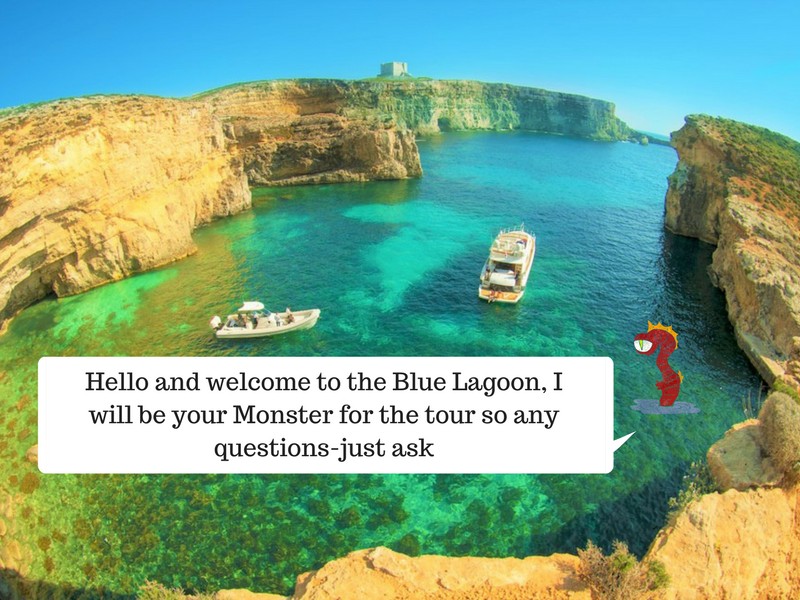 Near the coast of Comino is the stunning Blue Lagoon, so beautiful that typically when you come back from holidaying in Malta you only have photos of the lagoon.

What’s wrong with that we hear you cry? That sounds wonderful, swimming and sailing in crystal-clear waters and enjoying the sun while you do so.

Well, that’s all very well, but have you ever heard of the Creature from the Black Lagoon? No? Well, he was a bit of a pest during a geology expedition back in the dim dark past, in fact at times he was downright unreasonable. And he lived in a lagoon. Chances are if there’s something living in the Black lagoon then there’s something in the Blue one too, right?

Now, as the Blue lagoons just so dangerously gorgeous (see reason 1 of this list) it stands to reason its creature will be much prettier than that of the Black lagoons too, but that won’t mean it’s any less tiresome. There you’ll be sipping cocktails on the deck of a boat and watching the sunset and then wham, some mer-menace will have hurled a glob of seaweed at you. Then it’ll probably point and laugh.

We ask you; is it really worth the risk? 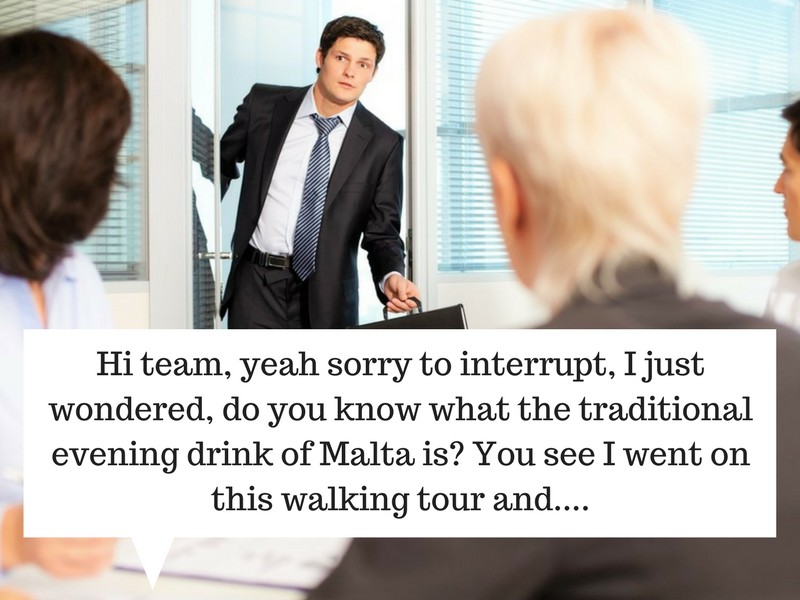 Ah yes, the inevitable ‘on holiday I actually discovered’ virus, tearing friends apart at a greater rate than Monopoly. You see the issue is Malta is littered with culturally significant locations and walking tours. There’s the wonderful St. John's Co-Cathedral and the Mosta Dome to name but two, and the problem is that as you follow your tour guide, or look out from the boat deck, or head down into the caves, you’ll learn things (shudder).

But the danger doesn’t end there because you’ll be so delighted by what you learn that you’ll inevitably start spouting facts and producing photos at a moment’s notice once home.

And for awhile your friends will understand. Until of course it’s your sister’s wedding and you leap up during the groom’s speech and announce: “By the way, Hagar Qim is the best preserved ancient limestone temple on Malta, neat right?”

There’s only one way around it. You have to take your entire social circle to Malta so that they too can catch the ‘today I learned’ flu and thus you can happily keep spouting Malta teachings back and forth for all time.

So you see-you’re lucky we caught you because Malta is simply rife with issues and pitfalls. If you MUST go, if we really can’t dissuade you, then at least check out our lovely villas, but remember, a nice villa is no shield against sentient sharks, learning, sore-eyes or dad-dancing.