Discover these accessible resort towns within a short drive of Seville Airport. 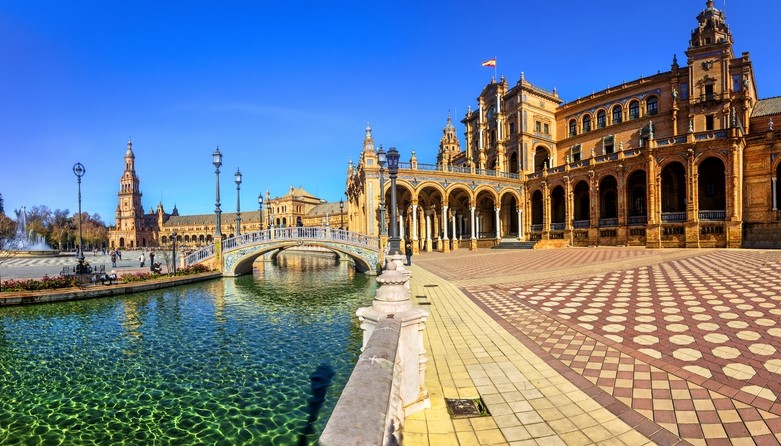 Let's start with Seville. As the capital of Andalucia, holidays to Seville serve up glorious weather and sensational flamenco dancers. While Seville itself doesn't have a beach, it sees 300 days of sun a year making it a real sunshine destination. Plus, Seville has great transport links to the Andalucian coast and its resident airport is just 20 minutes away. 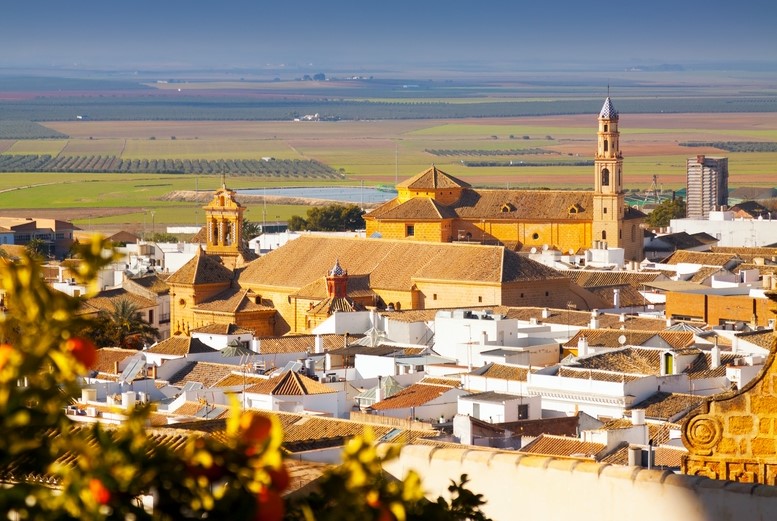 Osuna is a wonderful choice for a holiday near Seville Airport. Spend a day taking in the gorgeous local Baroque and Moorish architecture. Make a checklist for the centre ticking off Iglesia de Santo Dominigo, Palalcio del Colegial and more in the Plaza Mayor. Stop for some photos on the fine street of Calle San Peddro, which is where the cast and crew of Game of Thrones stayed when filming in Osuna, just 1 hour from Seville Airport.

Jerez de la Frontera is another Andalusian gem set to the beat of some yet more fabulous flamenco music. Follow the music down to the old quarter, which surrounds the Alcázar de Jerez, an 11th-century Moorish fortress. Fill your boots with the local sherry; this neck of Spain is known as the Sherry Triangle for its production. You could even head there straight from the airport if you've had that kind of flight. 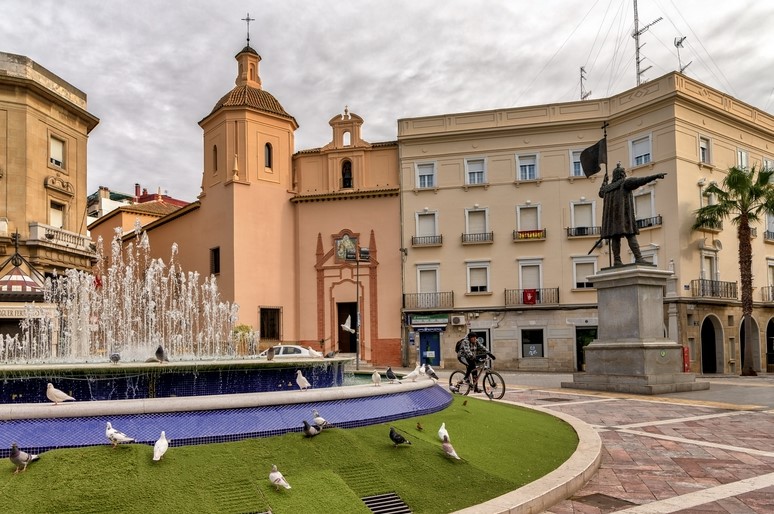 Huelva is a port city within easy access of Seville Airport. Look out for the whitewashed Santuario de Nuestra Señora de la Cinta chapel, dating from the 15th century. If you want even more culture, you'll find a statue of none other than Sir Christopher Columbus overlooking Plaza de las Monjas square. 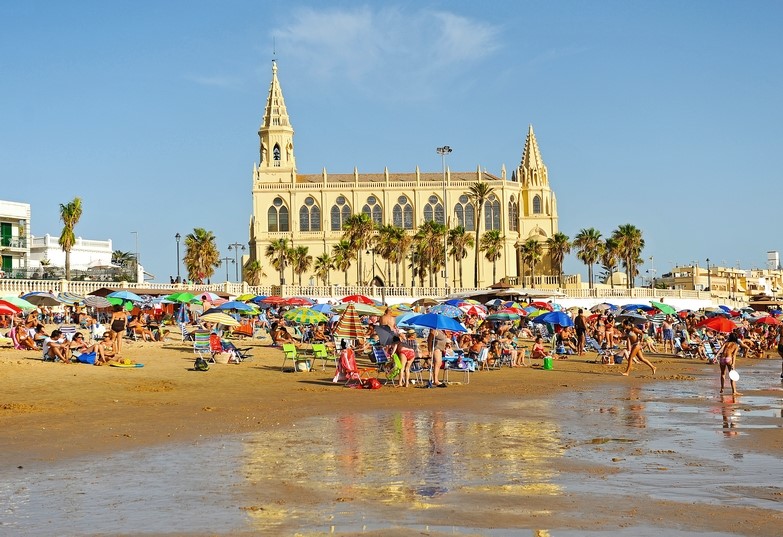 Chipiona is a popular resort with Spanish families as it's mapped out with idyllic beaches. Indulge your inner culture vulture by visiting some of the local cultural monuments, many of which have been around since Roman times. One of their best accomplishments here is the Chipiona Lighthouse, which is the tallest in Spain and stands third tallest in the world. See it for yourself in 1 hour 20 minutes from Seville Airport.

Matalascañas is a modern resort, set in and around extensive coastal dunes and family-friendly sandy beaches. Spot a bit of history on the beach in the form of an ancient, upended tower known originally as Torre la Higuera. It was built to stand with 7 other defence towers by Phillip II in the 16th century to protect the coast from Turkish invasions. Take over the beautiful beaches yourselves in just under an hour and a half from Seville Airport.

Sanlúcar de Barrameda is a seaside city popular with tourists flying into Seville Airport. It’s another popular holiday hotspot for its sherry cellars. An equally great experience on holiday here will be to go to one of the August horse races set on the beaches. You can bet your bottom dollar, or in this case, euro, that it'll be an experience to remember.

Punta Umbría is a fishing village, reachable in an under an hour and a half from Seville Airport. It is set on the river banks of the Rio Odiel and is surrounded by unique salt marshes. It's a lovely Spanish backdrop for a nature lover. 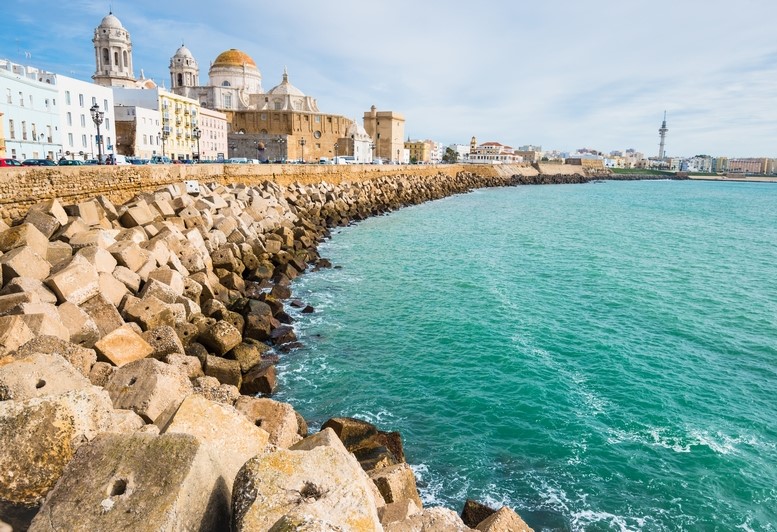 Cádiz is an ancient Andalucian port city, with great roads to and from Seville Airport. As the official home of the Spanish Navy, you'll spot Atlantic maritime references everywhere you go in Cadiz, from in the city itself to one of its four beaches nearby.

See villas and apartments in Córdoba 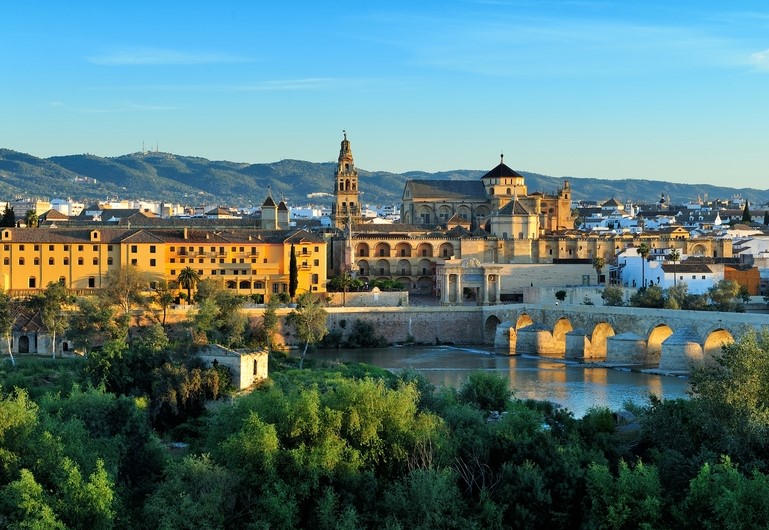 Córdoba is an ancient Andalucian city, located a fairly short drive away from Seville Airport. The awe-inspiring city centre has been declared an official UNESCO World Heritage Site, home to the iconic Mezquita, held as one of the most important examples of Islamic architecture in Spain.