Our Top 5 Highlights of Italy 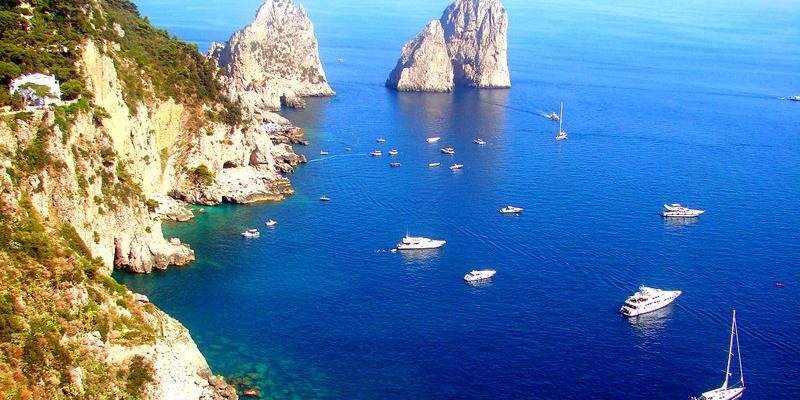 As one of the worlds top holiday destinations, Italy has a little of everything. This country is perfect for backpackers, culture vultures and even for those looking for a more relaxing holiday. Filled with charming cities and breathtaking bays, we've put together our highlights of this captivating country to inspire a trip to Italy.

Have a date with David in Florence

As one of the most romantic and charming cities of Italy, Florence will put a spell on you with its long winding streets and impressive architecture, one visit won’t be enough. From Botticelli to Michelangelo to da Vinci; Florence is bursting with art, and it also happens to be home to Michelangelo’s Renaissance masterpiece, the Statue of David.

Built on more than 100 islands, filled with long winding canals and having the added bonus of no cars; it’s pretty easy to fall in love with Venice. Whether you spend your days punting along the Grand Canal, wandering around the magnificent Doges Palace or simply roaming around the labyrinthine streets, Venice will not disappoint.

Have a slice of Naples

As one of the oldest cities in Italy, Naples is filled with Roman ruins, art galleries and the famous Pompeii remains, Naples has it all and it also happens to be the home of the pizza. Hike up Mount Vesuvius to see an impressive view, walk around the chilling Pompeii which has structures and even bodies from the eruption in 79AD, or simply spend your afternoon with a slice of Italian pizza in hand and enjoy this extraordinary city.

Swim with mermaids in Capri

In the gulf of Naples lies the island of Capri, one occupied by Greeks and Romans, this island is filled with history and myths. It is said that mermaids, or sirens, swim between these hidden coves and grottoes, so why not explore the caves and shores of the island to see what you can find... But if that’s not your thing, Capri also happens to be a very luxurious island, with grand streets, designer boutiques and swanky cafes. Surrounded by dazzling blue waters and rugged cliffs, this island is not to be missed.

Travel back in time in Rome

Cathedrals, museums, gallery’s, crypts, gardens, pyramids and, of course, the Colosseum are just a few of the things that Rome has to offer.  With nearly 3000 years of rich culture, this Roman city is overflowing with history and things to do. Visit the grand Sistine Chapel with the work of Michelangelo’s impressive artwork, explore the incredible Colosseum, once used for gladiator battles, executions and plays of mythology, or hop between the many Vatican museums and indulge in ancient culture.

Have you been inspired to visit Italy? Stay in one of our villas in Italy.

Florence, Venice, Naples, Capri and Rome are waiting for you!