Got your eye on Italy? Join the club. Idyllic Italy is renowned for its natural beauty and plethora of cultural and historic landmarks. In fact, Italy boasts more world heritage sites than any other country in the world, making up 5% of UNESCO's global list alone. From world-class cities to epic mountains and volcanoes, we've scoured the length and breadth of Italy to bring you the 10 most beautiful Italian UNESCO sites.

Why did it make the UNESCO list? When Mount Vesuvius erupted back in 79 AD, volcanic ash spewed out uncontrollably, completely engulfing the towns of Pompei and Herculaneum. After intensive excavation, the impressively in-tact ruins have been accessible to the public since the mid-18th century. The ruins were inscribed as they provide a uniquely vivid and unparalleled glimpse into society at a specific moment in the past.

Where to stay? Set against the captivating Mount Vesuvius, the ruins rest in Pompei, which is easily accessible from Naples.

Why did it make the UNESCO list? The historic city of Verona was founded in the 1st century BC. Despite its grand age, Verona has preserved a great number of remarkable monuments dating back to antiquity, the medieval and Renaissance periods. Not only that, but the city represents an exceptional example of a military stronghold.

Why did it make the UNESCO list? The stunning Amalfi coast itself is a region of outstanding physical beauty. Several towns scattered along the coastline also boast a number of architectural and artistic works of significance. Additionally, locals in the rural areas have been praised for their versatility towards their land and produce, and how they adapt it to fit the diverse nature of the unique landscape.

Where to stay? We have a collection of villas spread across the Amalfi Coast. Our top picks include the towns of Amalfi, Ravello, Positano and Sorrento.

Why did it make the UNESCO list? The iconic Mount Etna is the most active stratovolcano in the whole world. Pretty impressive right? Well, the eruptive history of this fascinating volcano can be traced back 500,000 years and at least 2,700 years of this activity has been documented. Mount Etna has been inscribed due to ongoing contributions to the studies of volcanology and geophysics amidst other key Earth science disciplines.

When? Initial year of inscription: 1980 with key extensions added in 1990

Why did it make the UNESCO list? Historic Rome was the centre of the Roman Empire, before being coined as the capital of the Christian world way back in the 4th century. The World Heritage site extended in 1990 to include the walls of Urban VIII, amidst other antiquity monuments like the Forums, the Mausoleum of Augustus, the Mausoleum of Hadrian, the Pantheon, Trajan’s Column and the Column of Marcus Aurelius, as well as the religious and public buildings of papal Rome.

Where to stay? Do as the Romans do, and check out our ever-growing collection of Rome-based pads.

When? Year of inscription: the Italian slope was added to UNESCO's World Heritage List in 2010

Why did it make the UNESCO list? Straddled between Lombardy and Switzerland, the pyramid-shaped, wooded mountain of Monte San Giorgio beside Lake Lugano is regarded as the best fossil record of marine life from the Triassic Period. It became a world heritage site as a result of longstanding contributions to the field.

7. Venice and its lagoon

Why did it make the UNESCO list? Spread across 118 small floating islands, Venice became a major maritime power in the 10th century. The whole city is an extraordinary architectural masterpiece.

Why did it make the UNESCO list? The world's first botanical garden was created in Padua in 1545. Breathtakingly beautiful and educational; it still continues to serve its original purpose as a centre for key scientific research. 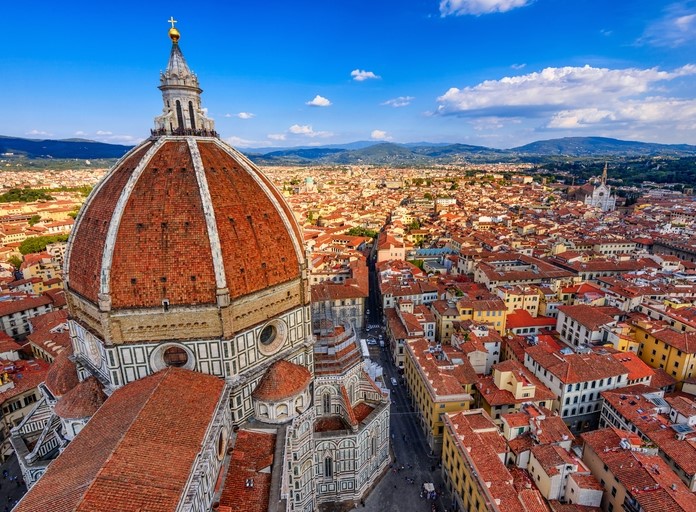 Why did it make the UNESCO list? Fascinating Florence had an overarching influence on the evolution of architecture and the fine arts, firstly in Italy, and then all across Europe. However, the city's main claim to fame is that Florence itself provides the context of how the concept of the Renaissance came to be. 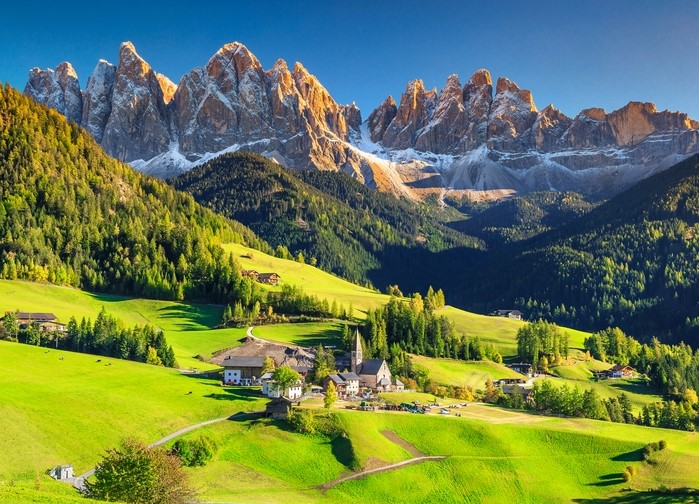 Why did it make the UNESCO list?The Dolomites comprises a mountain range in the northern Italian Alps. The nine components of The Dolomites World Heritage site protect a series of highly distinctive mountain landscapes that are of truly exceptional natural beauty.

Itching to tick these Italian landmarks off the bucket list? Make one of our villas in Italy your base for exploring.