This 1 bedroom apartment is located in La Vila De Gràcia and sleeps 2 people. It has WiFi. The apartment is near a beach.

The agent describes this apartment as a family friendly holiday rental ideal for short trips to the city. It is also good value for money. This apartment is located in La Vila De Gràcia. The nearest airport is only 18km away. It is set in a convenient location, 4.1km away from a beach.

The apartment has free wireless internet. The apartment is well equipped: it has a microwave, an oven, a washing machine and a freezer.

The apartment is suitable for activity holidays during the summer.

This apartment has 10 verified reviews.

8 out of 10 people recommend staying here

Location is a big plus for this apartment. The surrounding area had many good food and vegetable shops, as well as fine restaurants, cafes and clothing stores. In other words, the location was perfect! Not far to public transport nor too far to walk on foot. The apartment was like the pictures and was in line with expectations. The shower sometimes turns over to get cold water and there was no washing machine here so that you could sweep over the floor or something else during the holiday. This was nevertheless the only negative of the apartment. Landlord was very nice to have to do, both at check in and checkout, so this was also a big plus. Sent mail regarding arrival was quite late and outside office hours, but this worked out very well via email with the landlord. All in all, very pleased with our stay in Gràcia.

Nice, spacious apartment with lots of storage. Located in a neighborhood with lots of commerce. 2 different metro stations 10 min walk.

We had a very good stay. The accommodation is fairly well placed, shops and restaurants nearby and public transport.

The apartment was just like in the advertisement and worked fine to live in!

It is located very well, in the Gracia neighborhood, close to businesses, bars, restaurants. The lady who manages it is very kind, her orientation on the city is excellent and she has a good disposition to solve the needs. Our stay was very good !! Thank you

Apartment well located, clean and with the necessary equipment to spend a few days, kitchen, washing machine, refrigerator, etc. The area is not totally central but walking in just over 20 minutes you are in several areas of interest, Sagrada Familia, Torre Agbar, Plaza de Catalunya, Park Güell, etc. The only one but it is the mattress of the bed, they can already give the withdrawal, insurance that is already more than amortized. Otherwise very well, especially the owner who had no problem in entering the day before we arrived and offered us to leave later if we wanted it the day we left.

4.1km from the nearest beach 17.6km from Barcelona Airport 100km from Gerona Airport 600m from Public Transport near Central

Outside this apartment in La Vila De Gràcia, Spain

This apartment is in the town but in a quiet area.
Prices & availability

This apartment is managed by an established travel agent that was founded over 40 years ago. We've been working with them since February 2018 and have had 158 bookings with them.

Last seen: an hour ago 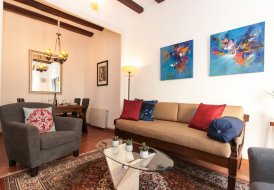 From £348 per week
Cathedral View In Born
Apartment
Sleeps 4, 2 Bedrooms 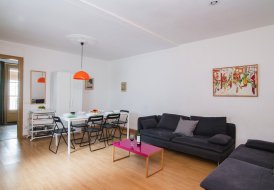 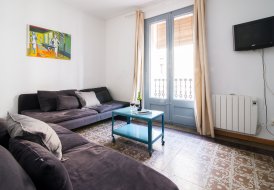 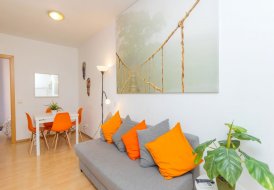 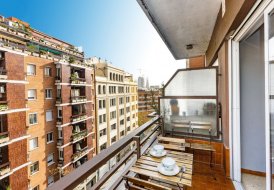 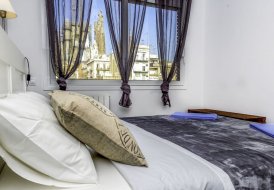 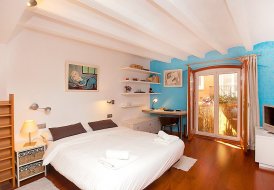 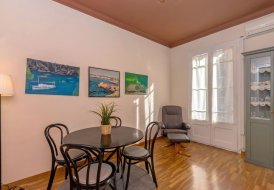 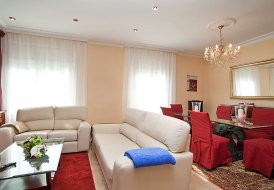 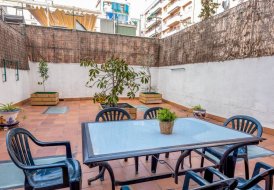 This apartment is managed by an established travel agent that was founded over 40 years ago. We've been working with them since February 2018 and have had over 150 bookings with them.