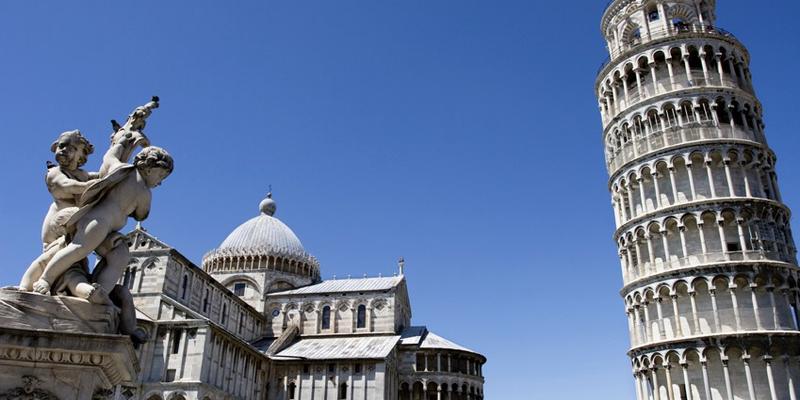 The lush, rolling hills of Tuscany are home to some of the world's most recognisable Renaissance-era art and architecture, a stunning natural landscape with the beautiful snow-capped Apennine Mountains, the sunny beaches of Elba, and not-to-mention some of the world's finest wines. If you're a food enthusiast or fancy yourself a wine connoisseur, this place has to be added to your bucket list immediately.

Here are Clickstay's top facts about the Italian region to get you salivating for Tuscan travels...

1. Located at the country's very heart, it is the largest region in Italy

It covers nearly 9,000 square miles and is home to just under 4 million residents.

So that's places noted to be of great historic and cultural significance to the world and therefore worth preserving.

3. Known as the “Art Palace of Italy,” Tuscany is dotted with buildings designed by some of history’s greats

Within those buildings are works by past residents which include Donatello, Michelangelo and Leonardo Da Vinci.

Almost all the marble used to construct the famous British monument that is situated at the junction of Oxford Street and Park Lane in London comes from Tuscany. The famous Carrara marble that was used when the John Nash-designed arch was constructed – between 1827 and 1833 – was also used to construct Rome’s Pantheon and Trajan’s Column.

5. The region is home to the first city with pavements

In 1339, the city of Florence became the first European city to pave their streets. A product of the rich banks and merchants of that era, Florence set the bar for cities around Europe and the rest of the world with this trend-setting action.

The sheer beauty and magnificence of the Tuscan countryside has lent itself to becoming a film set for a number of blockbuster hits, including Twilight New Moon and Gladiator.

Mount Amiata becomes a haven for skiers, snowboarders and hikers during the winter.

If these facts have got you itching to explore this region of Italy, then check out our villas in Tuscany...