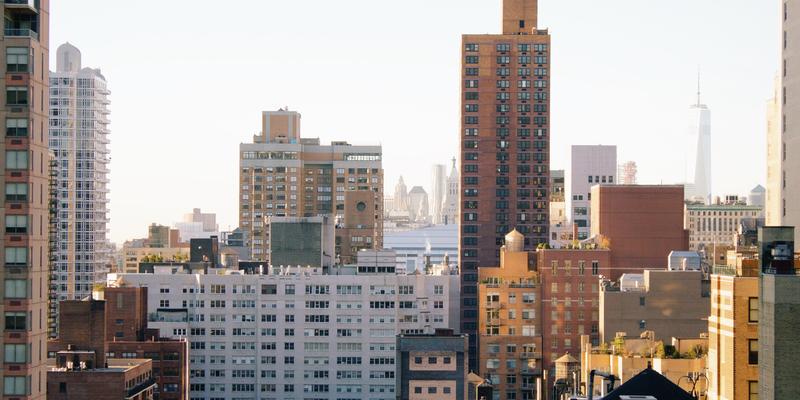 Ten years had passed since I had last visited the illustrious Big Apple. In November 2005 I travelled to New York City with my mum and brothers experiencing the unmatched city views of the Empire State Building and the Rockefeller Centre, ice-skating in Central Park and taking in the exquisite view of the skyline from Liberty Island, home of the Statue of Liberty. We experienced this grand city like real tourists, cramming in as many 'things to do' as we could in one week. With a developed passion and appreciation for travel, art and culture in the USA, my trip to New York ten years on was quite different.

Popular tourist attractions were no longer at the top of our to do list. Instead, we were desperate to live like locals, constructing a long list of recommendations from friends and family who have lived in the city, from breakfast spots to jazz bars. Despite this, we found ourselves heading straight towards Times Square and surrounding ourselves in the flashing lights and colourful ads that paint the building walls.

Living in Midtown, we spent our first day feeding nostalgia by visiting restaurants we had eaten at ten years ago and reintroducing ourselves to the wonders of the glorious Grand Central Station and the enormous Chrysler building from ground level. Soon enough we felt as though no time had passed since our last visit, but since we were jetlagged, we decided to head back to our hotel to kick back and plan our week. Boring as it sounds, our hotel turned out to be a pretty amazing place for some down time in the city. Hotel Pod 39 has a lively bar area and restaurant, where you can play table football and table tennis with your friends. But the best thing about it is it's rooftop. Whilst serving as a buzzy rooftop bar and hangout throughout the city's sunny seasons, during the winter the rooftop is left alone, allowing us to spend a few evenings appreciating the view of the city at night and most mornings with our coffee's before we head out.

Food just happened to be a big part of our trip after receiving so many recommendations from our friends. One morning we got up early to visit Ellen's Diner, where the waiters and waitresses are all dreaming of a career on Broadway, each taking it in turns to sing and dance as you enjoy a stack of buttermilk pancakes. We also ventured to Lower East Side to visit Katz Delicatessen, made famous by the film When Harry Met Sally in 1989. Our most memorable breakfasts, however, were experienced in Soho, the East London of New York. The neighbourhood is full full of street art and trendy new food joints and galleries, just like you might find in Shoreditch. I'd have to recommend Jack's Wife Freda and Two Hands for a sublime breakfast or lunch. Our most memorable dinner was in Maiella, an Italian restaurant found in Long Island City, with a view that overlooks the stunning New York Skyline.

Lost In The City

Opting to explore the city streets instead of re-visit the city's biggest tourist attractions often left us lost, which in many ways, is just what we wanted. Venturing into the popular neighbourhoods like Brooklyn, North Greenwich and Queens we were exposed to so many little things that provide these places with the character and individuality that they've become known for, whether it was street art, vintage stores, eatery's and many other things. There is so much to see and do outside the main city and there was never a dull moment exploring the rest of New York.

Amongst New York's huge list of things to do were a few things we just couldn't miss out on, one of which was the Broadway experience. After much disagreement over what to see, we settled on a new and popular show called On Your Feet, which is the story of Gloria Estefan's rise to fame in America. Featuring some of the artists greatest hits, by the time the show had reached its climax there wasn't a single person in the audience still in their seats, as we were all taking part in theatre's largest conga line! We also visited some of New York's famous museums such as the Guggenheim Art Museum and the Cooper Hewitt Design Museum for a new Pixar Exhbition which were well worth it.

Immediately after arriving back in the UK, I felt my holiday blues kick in. I missed spending my mornings having coffee and strolling through the busy Manhattan streets. I missed the live music that filled the subway every time you travelled down. I missed our amazing family who we spent our thanksgiving with, that showed us the best spots in the city. Additionally, travelling in November allowed to me to enjoy how festive the city is around Thanksgiving and Christmas, with the streets filled with lights and music, and people travelling miles to spend time with their families. Visiting New York this time round opened up my eyes as to why people really fall in love with the city that never sleeps. With so much to do, see and experience, as well as the long list you'll find in all the travel guides - I can't wait to go back!

Has my trip to NYC inspired you?

View our apartments in New York.