Villa with 6 bedrooms and 3 bathrooms in Campigneulles-les-Petites, France

Villa to rent in Campigneulles-les-Petites, France

The C18th Manoir Nord sleeps up to 12 guests. It includes beautiful gardens and a tennis court. The Manoir is located just 3 minutes from the ancient town walls and market of Montreuil.

The C18th Manoir Nord sleeps up to 12 guests. It includes beautiful gardens and a tennis court. The Manoir is located just 3 minutes from the ancient town walls and market of Montreuil, and 10 minutes from the golf clubs and beaches of Le Touquet.

With 6 bedrooms and 3 bathrooms, the house and grounds are stylish, comfortable and perfect for family holidays. Wifi and Sky are included.

The house dates from the C18th but was extensively remodeled in the C19th and has recently been completely redecorated and restored.

On the ground floor all rooms are lit by chandeliers and decorated with rugs and paintings. The rooms comprise:

On the second floor there is:
- A very pretty attic bedroom with double bed.
- A twin bedroom
- A large, newly built bathroom.
- Elsewhere in the grounds there is a gardeners WC with basin.
Outside Grounds
The Manoir is set around a large courtyard with many stables, garages and outbuildings. The 2 acres of gardens and orchards are surrounded by 15 acres of wooded pastures on one side and the village green on the other.
Apart from the large formal courtyard there is a very sheltered rear courtyard with a paved area next to the house that contains a large glass-topped table with seating for 12. This leads to a gravelled area with flower beds to each side containing rhododendrons, hydrangeas and roses among others.

The tarmac tennis court lies in a sheltered corner at the end of the garden. It was resurfaced in 2005 and remains in good condition. There is also a gravelled boules pitch with a raised terrace, garden table and chairs and honeysuckle overhead.

The garden is divided into different area by paths and hedges. There are hundreds of roses and shrubs and several grassed areas for playing, reading or an afternoon nap. There are over 50 fruit trees, most of which are arranged in formal squares or grown against the garden walls. At the end of the garden is an acre of wood which is deliberately left in a more wild state.
A BBQ on wheels is also available.

In the 1920s and 1930s Le Touquet was one of the most glamorous holiday destinations in Europe, frequented by royalty, the rich and famous. Today this is reflected in the grand hotels, casino, championship golf courses and innumerable restaurants nearby.

The huge sandy beaches provide a welcome tranquillity. Aside from golf, the visitor can be served at the sailing centre, two equestrian centres and even a sand-yachting school.

The house itself is one mile outside Montreuil, which is an ancient fortified town. Still contained within its enormous walls, the town has hardly been touched for two centuries. Small shops, cafes and restaurants are plentiful and there is an excellent market on Saturday mornings in the main square.

Beyond Montreuil lies the beautiful countryside of the 'Seven Valleys' region with its charming small villages and bustling market towns. There are wonderful walks and the rivers provide for fishing as well as some exciting canoeing. For the adventurous, Paris is close enough for a day trip.

The Manoir is less than one hour's drive from Calais. The Eurostar train stops at Calais four times a day and a car can be arranged by Oliver's VIP Concierge Team to pick you up from the station. Alternatively there is a daily scheduled flight from Kent to Le Touquet.

This villa does not have any reviews but the agent has 13 reviews for their other properties.

Outside this villa in Campigneulles-les-Petites, France

This villa has a barbecue and a tennis court.
Prices & availability 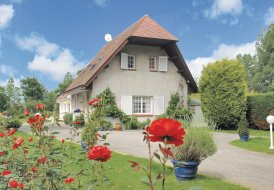 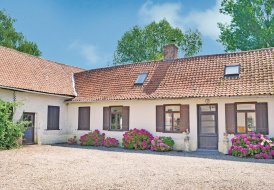 From £339 per week
Villa In Marles-sur-canche
Villa
Sleeps 8, 4 Bedrooms 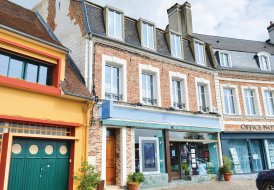 From £260 per week
Montreuil Apartment To Rent
Apartment
Sleeps 4, 1 Bedroom
View all properties in Pas-de-Calais
Add to wishlist Added to wishlist