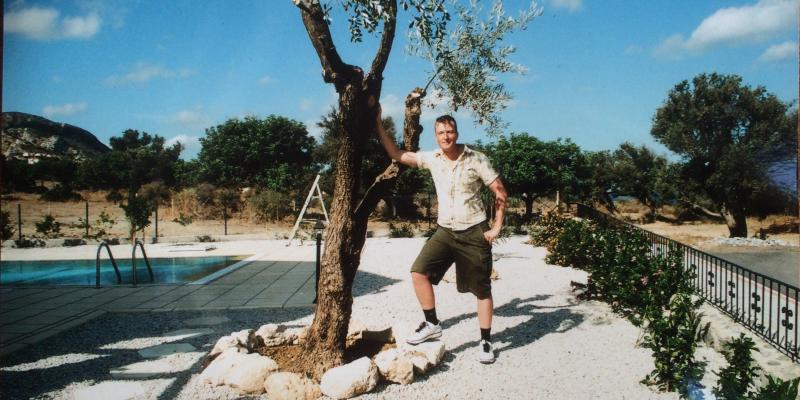 Alex owns The Lookout, a peaceful and quiet haven in Kayalar, Northern Cyprus. It's about metres from the sea, and a beautiful sandy beach is just 15 minutes walk away. The villa is now surrounded by olive groves, but it wasn't always that way... Alex tells us all about his olive harvest and how you would go about producing your own olive oil.

One of the greatest pleasures of owning the Lookout is the annual olive harvest.  The garden was just bare earth when we bought it - the only green thing being a single olive tree.  It was probably that tree that sold us the villa.  Well, that and the sea view. I’d always been fascinated by olive trees.  This one, I’m told, is around 120 years old.  Which makes it a youngster - many of the really big, gnarled looking ones were around in biblical times.  If St. Paul really came to Cyprus there are trees alive today under which he might well have rested. Now we have landscaped the garden and added two more trees.   We've given a new home to an unwanted seventy year old (prime fruit bearing age!), which we transplanted in the nick of time from a few miles away where it was standing in the way of a property developer.  The third is a five year old stick, which managed to produce about 10 olives last year. This was its best crop yet. They say in Cyprus that you plant olive trees for your grandchildren... 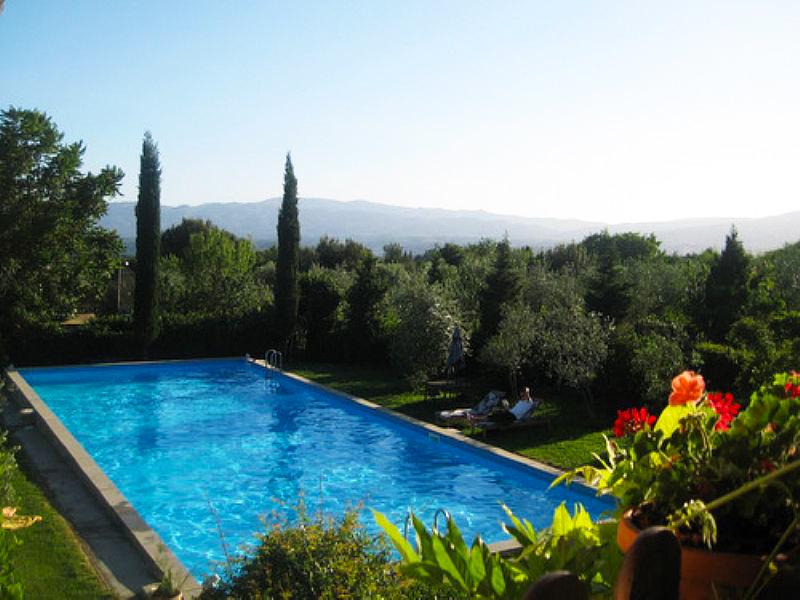 Olive tree crops tend to run according to various cycles. Each individual tree will have a good year, followed by a less good year, followed by a bumper crop. Except it won't necessarily be in that order. There are also collective good years and bad years for all the olive trees in Cyprus. So if you get your individual tree's bumper crop year in the same year as a generally good harvest, you will have more olives than you know what to do with. I always arrange a trip to pick the olives at the end of October or start of November. October is a lovely month in Cyprus - the weather is generally like a perfect English summer's day.  It's then a case of persuading friends and family to help lay sheets on the ground and "comb" the olives out of the trees. Picking is actually quite fun work which has been done more or less the same way for generations - so different to my day-job working in an office. It takes 8-10 hours for each tree (the big trees, that is - the little tree takes less than a minute. We get two different types of olive - green and black. And that's not because we have a green olive tree and a black olive tree. There are no such things - they are not like apples. Green olives are those which are picked before they are ripe. Which means we spend a couple of evenings sorting olives into buckets by their colour. This process is especially pleasurable if accompanied by a bottle of the excellent local "Levant" wine.  This is actually grown in the vineyard next door to the Lookout. 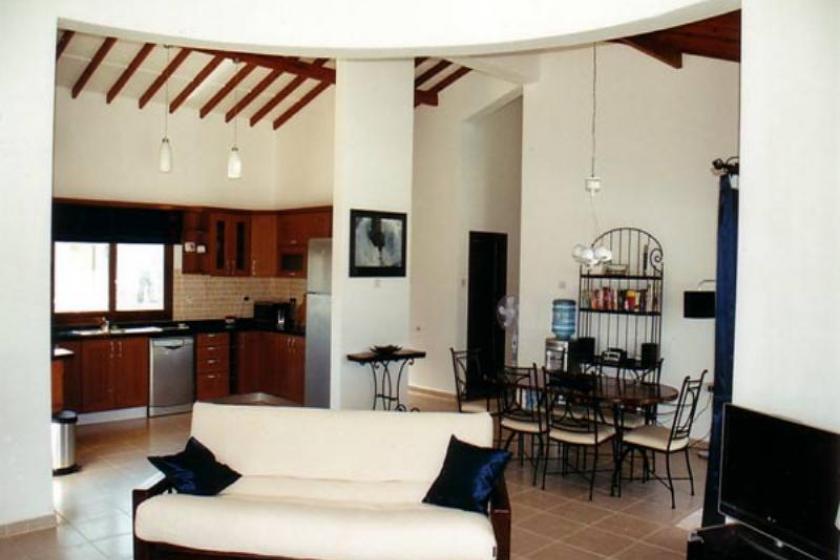 The following day, I take a suitcase full of black olives to the olive press in nearby Karsayaka. The deal is that they will squeeze them for free, but they keep half the oil. Which is fine - I will still come away with five or six one litre bottles. The olives that remain need to be cured using one of the many ancient Cypriot methods. This one was taught to me by an old lady from the village and it works well. Every single green olive needs to be slit from top to bottom. This takes hours, and is a great reason for taking your mother-in-law on holiday. At this stage, they are rock solid and disgustingly bitter, as Les Dawson would have said. Once this is done, the olives (both green and black) should be put in buckets of fresh water, which must be changed every day for two weeks. During this period, I will normally have to fly home. Luckily, HM Customs have no problem with two suitcases full of olives - the bigger problem is the weight limit on the aircraft.  I have travelled with carrier bags of olives stuffed into coat pockets. Once home, the process continues. After the fresh water period, you have to place the olives in a salt water and vinegar brine.  The old lady at the olive press initially told me to “use an egg”.  After much confusion, it eventually turned out that what she meant was that the brine needed to have enough salt added that a fresh egg would float.  Every two weeks, you replace the brine, until eventually, after about 8 weeks the olives taste just right.  At this point, you make a final brine, and add this with the olives to jars with a sprig of rosemary and a dash of olive oil. It’s a long and complicated process, but it is a wonderful way to feel in touch with The Lookout all year around.  Jars of home-grown olives are the perfect gift for friends - and it’s a lovely talking point at our dinner parties at home in London.

View our villas in Cyprus