3 bedroom townhouse, close to the beach, with a large roof terrace

El Ancla Is a 3 bedroomed apartment close to the beach, typical of the area with its colourful exterior tiles. It has a 50m² roof terrace with table & chairs, 6 sun loungers, a BBQ, beer fridge, sink and shady area.
The house is well equipped with all the things needed for enjoying a stress-free holiday. The kitchen has a fridge, freezer, dishwasher, cooker, microwave, toaster, kettle, coffee peculator, hand blender, washing machine and there are pots and pans, cutlery and crockery, enough for at least 6 people.

Torre del Mar sits between the Mediterranean Sea and the Sierra Nevada mountains, making for spectacular views. Compared to much of the Costa del Sol, it has managed to retain a great deal of its authentic Spanish atmosphere, despite an increase in tourism. A long and wide promenade along the sea front has clubs, excellent seafood restaurants, cafes, ice-cream parlours, and much more, and the wide sandy beach is superb!
It is 30km east of Malaga in the Axarquia and has a population of about 20,000. It has the name of Torre del Mar (tower of the sea) because it had many watchtowers that were built during Roman and Moorish times, to look for enemies coming from the sea. Today it has a 26 m high lighthouse. Four kilometers inland is the city of Velez-Malaga, the biggest city in the Axarquia, and it was this city that Torre del Mar was to defend. During the 19th century, the area was the center of the sugar industry, with a factory built by the prominent Larios Family. Today they grow mangoes, avocados, kiwis and salad crops, because of its tropical climate.
Torre del Mar is a summer resort. The most outstanding feature is its sea front, which is about 4 km long, considered the longest in the Mediterranean. The seaside walk is said to be the best one in Europe (whilst being flat) it has nice gardens, sports courts, fountains, a bandstand, ‘chiringuitos’ and the light house, and during the Summer months has a night street market and a fairground. The beach is very wide, reaching 50 meters in many places, and alongside it is a paved area where people love to walk the promenade, called the paseo maritimo. It is planted with flowers and palm trees, so it is a very attractive area. The paseo maritimo runs all the way to Algarrobo Costa and is lined with many seafood restaurants. The Paseo also has a line of bars and discos called El Copo along a 500m stretch that has plenty of activity on weekends. Two kilometers to the east there is a fishing port and marina at La Caleta de Velez. The Marina has over 200 berths and offers sailing and a variety of other watersports. It has lively cafés and restaurants that also provide a good place in which to idle the time away, as well as enjoy excellent seafood. There is also the "Paseo de Larios" linking the seaside walk to the church and "Avenida de Andalucia".

The town of Torre also has many shops and supermarkets. Just on the outskirts there is a shopping mall called El Ingenio with a hypermarket, cinema, bowling, Burger King, Dunnes department store, Zara, Mango, a food court and numerous other shops (approximately 100 outlets in total). Opposite here you can find the Aquavelis waterpark. There are 2 outside swimming pools available at Vals Sporting Centre on calle Los Fenicios and Club Nautico which is situated along the beach, heading East.

This town house does not have any reviews.

This town house is:

Outside this town house in Torre del Mar, Spain

This town house is in the town and near a lively area and the beach. It has a balcony, a barbecue and outside lighting. Car hire is not necessary as the town house is less than a 15 minute walk to a large selection of shops, bars, restaurants; however parking is not available.
Prices & availability

There is also 2 cots

Balcony or terrace, Barbecue, Outside lighting 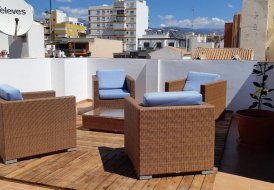 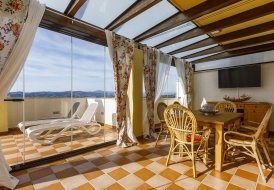 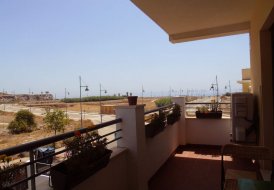 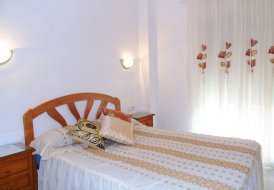 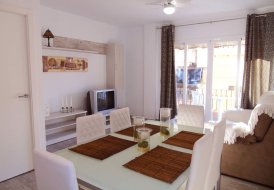 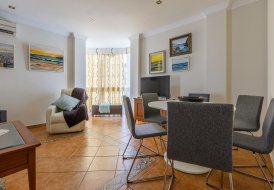 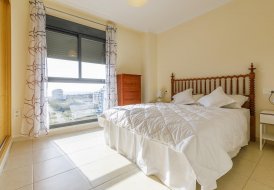 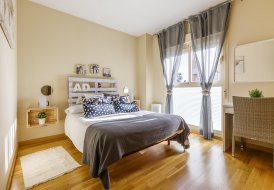 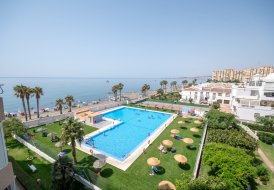 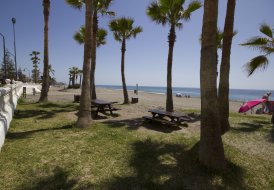