Cottage with 1 bedroom, 2 bathrooms and private pool in Paredones-Cerrajones, Spain

Cottage to rent in Paredones-Cerrajones, Spain

La Casa del Loto, is a rustic yet modern cottage designed to offer a quality service with utmost importance on the finest of detail, making it the ideal location to relax, unwind and enjoy the atmosph

La Casa del Loto is a lovingly restored finca hidden in a peaceful countryside of Andalucía. Comfortably sleeps 4 people, the prices are for 2 people, perfect for a group of friends or a larger family. Private pool with a heated Jacuzzi. Gorgeous outside area for al-fresco dining and chilling out with a built in Andalucían style BBQ (wood provided) . Each room has a separate air conditioning, linens and towels are provided. To help you to relax even further, you can try their fantastic massages with aromatic tees, arranged through the owner.
Short drive from Desfiladero de los Gaitanes natural park, a haven for rock climbers and the Guadalhorce dam lake is an amazing place to relax, go for a swim, have a picnic in the shade of pine trees or visit El Caminito del rey, an amazing walkway, pinned along the steep walls of a narrow gorge in El Chorro. La Casa del Loto offers you exploration of the traditional Spain. Ronda, Mijas and the beaches and other tourist attractions are within an hour drive. The owner speaks English and always there to help you with anything you might need for a pleasant holiday.
DESCRIPTION OF ALORA
Alora runs through the valley of the Guadalhorce River, nestled between the hills, among orange groves, lemon groves and open countryside. It offers spectacular scenery such as Gaitanes Gorge, the mountains of the Sierra de Huma or running river water. Alora is a land of ancient Mediterranean civilization; Neolithic axes have been discovered in the Hoyo del Condeand Sabinal, with Roman and Arabic artifacts also having been found in the area.
The Municipality of Alora is situated northeast of the Guadalhorce valley region, 40 kilometres from the capital of the province and 78 kilometres from Ronda. The village is located about 200 meters above sea level. Average annual rainfall is 580 l / m 2 and average temperature 16.6 ° C.
The history of Alora goes back to prehistory in the Hoyo del Conde, a little over a mile from the city. The ecological environment (hunting, water, natural protection) favoured these lands until the Tartars and the Phoenicians discovered the great commercial potential of the area. Phoenician artifacts were found under the foundations of the castle, the Romans later took advantage of these fortifications. The Roman presence has left important marks on these lands, from the mile-stone that marked the Roman road which was called Municipium Iluritanum (year 79 BC) to various remains which prove that Alora was under Roman law and occupation, with the name of Iluro.
Alora, which knew a great prosperity at this time, had military rulers who paid tribute to Rome, traces of these high-ranking families could later be found in Rome itself. During the Visigothic period the core of the fortress was built, and later expanded by the Arabs, soon after this Alora came under the rule of the Iberian peninsula. (During this period the rebellion of Omar Ben Hafsun took place, and the proximity of Bobastro (his stronghold) had a significant effect on the population of these lands).
Throughout the Middle Ages the Christian kings tried in vain to take the village of Alora, which resisted each and every attack. In one of these attacks, in 1434, the Governor of Andalusia, Don Diego de Rivera, was killed at the foot of the ramparts, tragic news that was responsible for spreading the ballads known as the Romance of Alora that is reproduced in a plate of Castillo. The square, and so the village, fell to the troops of the Catholic king in 1484. The sixteenth and seventeenth centuries gave remarkable prosperity Álora, favoured by the presence of many distinguished people who lived or visited the village. In 1628, Alora was separated from the municipality of Malaga "forever" in the minutes signed by Felipe IV.
Monuments
Moorish Castle
Castillo de Nuestra Señora de la Encarnación
Convent of Our Lady of Flores
Cross Humilladero
Ermita de Santa Brigida (hermitage)
Iglesia de la Veracruz (church)
Ntro Church. Father Jesus praying in the Garden
The Faenera
Archaeological Remains
Parish Church of Our Lady of the Incarnation
Tajo de la Encantada Dam
Gastronomy
Among the most typical dishes is the soup “ Álora perotas” (they tend to be eaten accompanied by seasonal fruit such as grapes, pears, and oranges and cucumbers, olives, and raw onion). In winter,a porridge with bread crumbs is served. In summer, paprika, in an exquisite variety of gazpacho, gazpacho and pipirrana, and asparagus omelette. Typical pork products are loin with homemade bread in lard and various pork sausages. Desserts include homemade jams, pies, sweet potato powder, donuts from the oven and a single horchata: hazelnut ice cream.
Directions
From Malaga, take the A-357 and continue on the A-343, six miles later you will find Alora.
Distances
Malaga 41 km
Granada 144 km
Ronda 72 km
Pizarra 9 km

This cottage has 3 verified reviews.

3 out of 3 people recommend staying here

My wife and I stayed at La Casa Del Loto for a week in May 2017 to celebrate our wedding anniversary and had a wonderful, peaceful and relaxing stay. The house is gorgeous and spotlessly clean, likewise the outside areas.

Many, many thanks to Gabriel; we hope to return very soon.

My girlfriend and I stayed here for one week in July. The villa is amazing. The outside area has everything you could ever want to relax and chill.
The outdoor hot tub is obviously a lovely addition. The inside has been done very nicely and perfect for a couple.
I have been staying in villas in different countries for the last 15 years and can honestly say that for the money this would be hard to beat. I would even say this would be perfect for a honeymoon retreat.
Will definitely be booking again for next year.

A fabulous little villa for a romantic retreat, beautifully decorated with a lot of lovely features.

Outside this cottage in Paredones-Cerrajones, Spain

This cottage is in the countryside and in a quiet area near the mountains. It has a pool, a barbecue, a garage, outside lighting and a garden. Car hire is necessary as the renter will need a car to get about for shopping, eating out and the beach; however parking is available if required.
Prices & availability 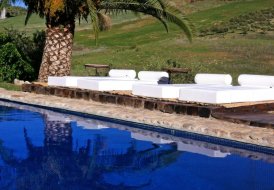 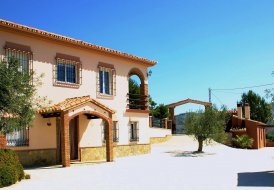 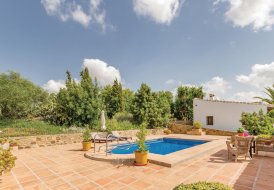 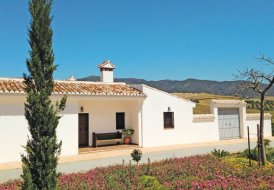 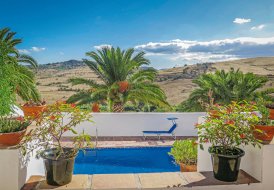 From £469 per week
Holiday Villa In Pizarra
Villa
Sleeps 2, 1 Bedroom 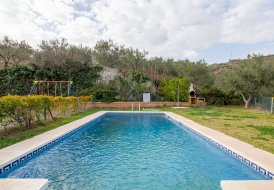 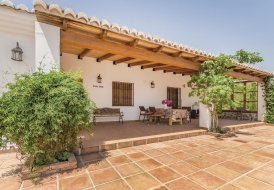 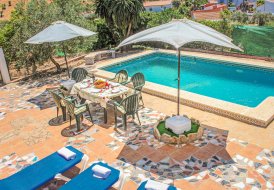 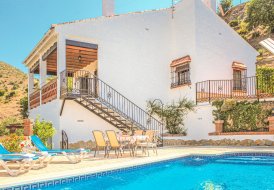 From £430 per week
Villa With Swimming Pool In Álor...
Villa
Sleeps 6, 3 Bedrooms 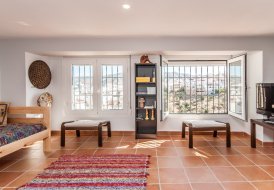 From £320 per week
Holiday Home Rental In Álora, Sp...
House
Sleeps 5, 2 Bedrooms
View all properties in Álora
Add to wishlist Added to wishlist