Apartment to rent in Orihuela, Spain

Less than 10 minutes to the Beach, Less than 5 minutes to Restaurants, Bars and Nightlife catering for all Tastes and Budgets at Villa Park III
ALDI Supermarket is 5 minutes walk away

This Sunny 2 Bedroom - 1 Bathroom - 1st Floor Apartment is located in a quiet location, overlooking parkland with views up to the communal pool.

2 Bedrooms and Sleeps 6 with 2 on Sofa Bed

Less than 10 minutes to the Beach, Less than 5 minutes to Restaurants, Bars and Nightlife catering for all Tastes and Budgets at Villa Park III

ALDI Supermarket is less than 5 minutes walk away

Costa Blanca
The coast of Alicante, in the east of Spain, has more than 200 kilometers of impressive Mediterranean beaches. Known as the Costa Blanca,
It has Benidorm as its tourism ambassador, here extensive beaches of fine sand contrast with rocky coves and peaceful waters. It is a fascinating environment, with numerous natural treasures, ranging from remote caves to large palm groves. But the Costa Blanca is much more, as shown by its historic and cultural heritage and its delicious gastronomy.

The perfect micro-climate
They say that Alicante owes its fantastic micro-climate to the mountain range and hills that protect it in the north. Thanks to this, the province enjoys a sunny climate practically all year round, with rain on barely 20 days. It has over 2,800 hours of sun per year on average. The towns of the Costa Blanca, therefore, present an ideal climate for enjoying its beaches, sailing sports or all kinds of leisure activities in the open air. In this area, the average annual temperature is around 19.5º C. in winter; they do not usually fall below 16º C. That Mediterranean micro-climate makes sense of the Costa Blanca as a perfect place to stay at any season of the year.

The importance of rice
As you would expect in Valencia, in Alicante rice is central to its gastronomy. Beyond the typical paella, the area offers a wide variety of popular recipes, like calderó (served after the fish with which it was cooked), olleta (combined with vegetables and sausages) and simple rice a banda style.

In the coastal towns, you will find many dishes sourced from the sea, made with fish and seafood. Inland delicious concoctions with meat locally cured sausages. Other typical dishes are the savoury cocas, a base of bread to which assorted ingredients are added. Particularly the coca made with tuna.

Among its desserts, the turrons and ices from Jijona, made by artisan methods in this town, are famous throughout the world. Other high points are the wines with the Alicante designation of origin, above all its sweeter wines.

Leisure for all
In the natural environment of the Costa Blanca you will be able to practice path walking, climbing, abseiling, canyoning etc. You can also tour its impressive caves, which conceal veritable underground treasures. For example, the Cova del Canelobre in Busot.

Of course, other sporting alternatives are offered by its beaches. In addition to water sports, in its waters crystalline, you will be able to practice scuba diving and fishing. Apart from this, the area has several golf courses.

The most important of the museums in Alicante is its Provincial Archaeological Museum. Guadalest has several curious collections on show, like its exhibitions of instruments of torture and micro-miniatures. And children will enjoy a visit to the Toy Museums of Denia and Ibi and any of the theme parks in the province, like Terra Mítica.

Shared traditions
Several towns on the Costa Blanca share popular traditions. In March there are the Fallas, the emblematic festival of the Valencian Community: a fascinating spectacle in which figures created for the occasion are set on fire. Other events associated with fire are the Bonfires of Saint John, which light up the night of 23 June to welcome summer. Many coastal villages commemorate the Fiesta of the Our Lady of Carmen, on 16 July, with maritime processions.

Also popular is the Festival of Moors and Christians. at Alcoy, in April, with crowds in the streets and spectacular processions; the Bous a la Mar at Denia, in July, amateur bullfights in which the animals end up in water; the Living Chess in Jábea, also in July, in which children reproduce a famous game of chess; and the Mystery of Elche, in August, a famous and ancient religious performance of medieval origins.

The Costa Blanca is renowned for its turquoise waters, miles of white sandy beaches, fiery fiestas and sizzling nightlife. Visitors adore the ease of its home comforts and family-friendly amenities, while many more are seduced by unexplored valleys, pretty hilltop hamlets, and unspoilt fishing villages. Year-round sunshine makes Costa Blanca an ideal choice for every type of villa holiday – whether you seek peace and relaxation, fun and recreation, or a perfect balance between the two.

This apartment does not have any reviews but the agent has 17 reviews for their other properties.

Outside this apartment in Orihuela, Spain

This apartment is in a quiet area near the beach. It has a shared pool, a balcony and outside lighting. Car hire is recommended as the apartment is less than a 15 minute walk to at least a couple of shops, bars and restaurants; however parking is available if required.
Prices & availability

There is also 1 double sofa bed in Lounge

Hello and Thank you for Looking at Our Listings on Clickstay, we are an Independent Holiday Home Rental Specialist Based Here Locally in Spain.

We are Just 10 Minutes by Car Form All our Rental Properties.

Tate House is on Call 24/7 For All of our Holiday Guests, Giving you Total Peace of Mind Should you Require any Emergency Assistance, Doctor, Hospital Etc..

All of Properties come with Basics, Water, Milk, Wine, Tea, Coffee, Etc, and If Travelling with Chidden we Always Ensure They Have Drinks Too.!!

Hello and Thank you for Looking at Our Listings on Clickstay, we are an Independent Holiday Home Rental Specialist Based Here Locally in Spain.

We are Just 10 Minutes by Car Form All our Rental Properties.

Tate House is on Call 24/7 For All of our Holiday Guests, Giving you Total Peace of Mind Should you Require any Emergency Assistance, Doctor, Hospital Etc..

All of Properties come with Basics, Water, Milk, Wine, Tea, Coffee, Etc, and If Travelling with Chidden we Always Ensure They Have Drinks Too.!! 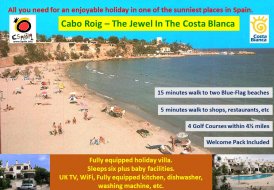 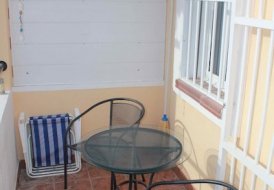 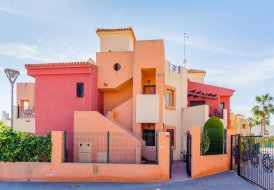 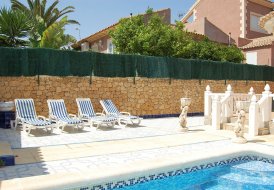 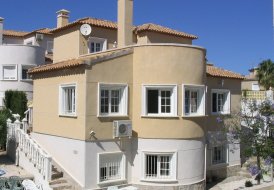 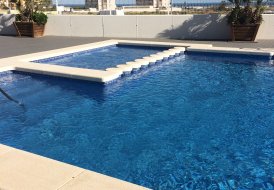 From £300 per week
Casa Guapi, Villamartin
Villa
Sleeps 10, 3 Bedrooms
View all properties in Orihuela
Add to wishlist Added to wishlist