Villa with 4 bedrooms, 2 bathrooms and private pool in Marina-Oasis, Spain

Villa to rent in Marina-Oasis, Spain

This villa in San Fulgencio comes with 4 bedrooms and can accommodate 8 people. It is ideal for families and large groups and comes with free WiFi, a private swimming pool for enjoying splash with family and a fenced garden for relaxing. Also, is only 6 km away from the most beautiful beach of Costa Blanca, the La Marina Beach.

This villa is 1.5 km away from the town centre of San Fulgencio lined with shops and restaurants. 11 km away is the golf course of La Marquesa in Rojales. The nature reserve El Hondo lies 12 km away which will greet you with stunning flora and fauna, and hiking trails start from the information centre in El Hondo.

Post walk, you can rest at Elche, 18 km away from this holiday home, and relish a delicious and affordable meal of tapas. Elche also has the largest palm market in Spain and several shoe markets. The nearest airport is 27 km away.

This holiday home is also child-friendly and provides a cot and a high chair for free on request.

On the 1st floor:

we already could into the house at about 12 h. thanks to the housekeepe Johan. The accomadation looks great. the swimming pool was very much welcomed because of the weather.

We are top received by John the host the villa was very neat and equipped with everything you need for a nice holiday and the surroundings were beautiful. Unfortunately there are also people who complain if you play music at 2 o'clock in the afternoon swimming pool and always peeping over the wall and walking complains. Have also called Belvilla about the complaint and was not really taken seriously stronger still they found that the complainers were right so I recommend the villa only to people 65 +

The accommodation was super. Everything was there as described. You do need a car.

We are very well received and have the villa without problems previously allowed to enter. The villa was very clean and everything we needed was available. We were 6 people and this was enough. 8 People as described would be just a little too much as there are only 3 sun loungers and the lounge set is suitable for 4 people but this did not really bother us. The environment is very quiet. Just a little too quiet for us, but there are a few minutes drive a few shops, bars, restaurants.A car is indispensable during this vacation.Electricity has cost us around € 85 for a small week to give you an idea So in general we are very satisfied! Thanks to the host who has received us Belvilla for the great holiday! Greetings from Belgium!

The house is very beautiful and fully equipped. NegativesToo hard towels because there is no dryer

The arrival was like a warm bath. Fifteen minutes in advance had contact with the manager of the villa, a Dutch man. We were allowed to go to the villa a bit earlier because we had an early flight and the cleaning was already finished. A car is necessary. Everything is quite far from the villa. In the village you have a number of supermarkets but really within walking distance it was not. I was here with 7 friends. We enjoyed very much. Very clean, modern and luxurious villa. Highly recommended!

We were warmly welcomed and the first impression of the house was amazing, we found the area a little bit less, but if you have a car (that's necessary) there's a lot to see in the near future. What we've missed is a nice coffee bar, but maybe you should not be in Spain.

We are well received on arrival by the people who maintain the house.Constitution nothing to do without car absolutely NOT recommended.

From 5 o'clock we were in the house. We had a flight that perfectly matched at this time. In addition, we also rented a aito. The drive from the airport to the house was about 15 to 20 min. Upon arrival, the manager called the house. He was waiting for us at the house. The house was above expectations! Nice tight and clean. Equipped with all the conveniences. For questions we could contact the administrator at all times. The area was also good. Restaurants and groceries shopping within 5 min from the house.

Arrival and accomodation were good.The surroundings were moderate, little to be found in the vicinity, the village did not matter much.

Nice, spacious villa with everything on it. All modern comfort available. Friendly reception and proper explanation of the equipment available.

Friendly welcome by the couple handing that key. House was provided with all conveniences and neat clean.

We have rented this villa in late October and in addition we had incredibly beautiful weather was also sure to mention the villa more than perfect. I've never been in so 'n been home what with so much care and trust is appointed. Really everything was present. To compliment this to the owner. But certainly the key manager who really is a host and ensures that you enjoy your can enjoy holiday.

Fine villa with everything on it. A bit noisy i.v.m. build in the area, but that is only temporary.

It was our last summer very pleasant stay in this villa. Everything was well organized, the villa is very neat. Besides the villa was being built last summer, this can be heard occasionally, but it's certainly not storend.De keyholder is also a very decent man you can ask anything and is always available in your vacation.

Outside this villa in Marina-Oasis, Spain

This villa is in a village. It has a pool, a balcony, a barbecue and a tennis.
Prices & availability

This villa is managed by an established travel agent that was founded over 40 years ago. We've been working with them since December 2017 and have had 50 bookings with them. 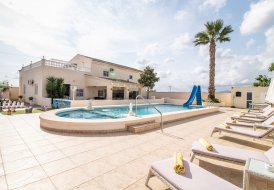 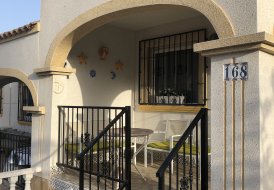 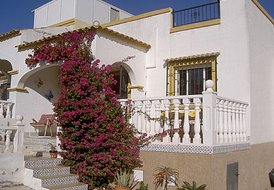 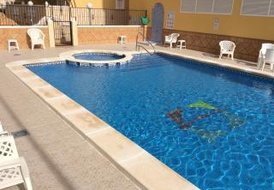 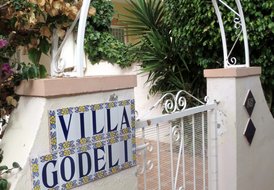 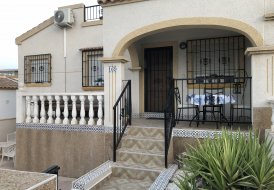 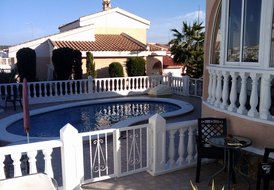 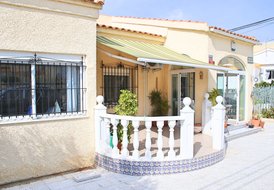 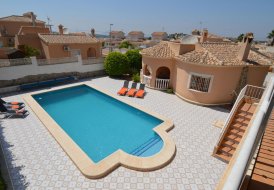 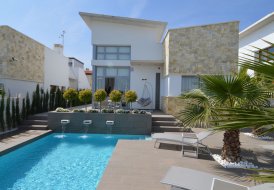 From £618 per week
Villa Betty
Villa
Sleeps 6, 3 Bedrooms
View all properties in Marina-Oasis
Add to wishlist Added to wishlist

This villa is managed by an established travel agent that was founded over 40 years ago. We've been working with them since December 2017 and have had over 50 bookings with them.