A recently built two bedroom two bathroom apartment with hot and cold air conditioning. It has everything you could wish for including a flat panel TV, washing machine & large terrace. NO SMOKING

Calabardina Aguilas Apartment for rent. This is a recently built GROUND FLOOR two bedroom two bathroom apartment with hot and cold air conditioning. It has everything you could wish for including a flat panel TV, washing machine, large lounge, two bathrooms, a double bedroom and twin bedroom and a separate rear area which is used as a utility room. There is also a large seating area/terrace and underground parking. It even includes a stand up surf board suitable for children aged 7-15 for use on the surfing beach 10 minutes drive away at Carolina Beach!

This superbly furnished two bedroom/2 bath apartment (all the furniture was shipped from the UK and supplied by a quality furniture provider) is on the ground floor of Los Collados complex on the outskirts of Calabardina Aguilas.

There is a large living room with L shaped settee which is opposite the wall mounted LCD TV and DVD/CD player (which is underneath) – this is great for kids later on in the evening. We have left an extensive library of DVD’s but feel free to bring your own these can also be bought from the local commercial centre (Eroski) . We have often had 2 families having a barbecue (which again is available for use) and the adults have sat outside while the children watch a DVD and chill out on the large sofa. Note the living area doesn’t sleep an extra person. The dining table in the corner seats 4 comfortably. The CD player will play CD’s and also accepts MP3 files on an SD card so you can also bring your own music.

The separate kitchen has the advantage of a utility room with washing facilities both a separate sink and washing machine. The living room leads out on to a terrace where we have quality seating and tables and a separate rattan double seat with cream cushion and a barbecue. There are two bathrooms – one includes a bath with shower and bidet the other is a shower room with glass enclosures like you would get back in the UK.

The apartment is self catering with access to two pristine communal swimming pools which – on a number of occasions we have been the only people around the pool or in it! The pool is open until midnight and looks lovely when lit up at dusk. There is also tennis and paddle tennis which is paid for locally (5 Euros),

The closest beach at Calabardina is only a short 5 minute drive away with some superb beaches 10 minutes away in the opposite direction towards Vera. Carolina beach has surf conditions in the summer. If you do not wish to leave the area, you will have ample opportunity to sunbathe by the swimming pool, or relax on the ground floor terrace.

There is a large commercial centre (Eroski Aguilas) just a short 3 minute drive from the apartment. This has restaurants, bars, shops and large supermarket. It also has a bowling alley location on a cliff top overlooking the town of Aguilas in Spain. There is also a brand new marina with excellent seating and eating facilities next to the Hotel Don Juan again only a short 8 minute drive from the apartment. There is also a pitch and putt facility here and a windsurfing and sailing school on the beach at the side of this marina. There is also a marina in the centre of Aguilas with lots of restaurants available in the town.

VERA boasts a fantastic water park and is 45 minutes drive away and is definitely worth a visit very clean and reasonably priced. With 28 kms of coastline and its Nature reserves, this is without doubt one of Spain’s best kept secrets and the reason the Spanish don’t want European tourists to discover this area.

The delightful port city of Aguilas is located on the Costa Calida. A tradition of seafaring combines with a wide range of tourist facilities, which makes the most of one of its main attractions, the extensive coastline.

History
Aguilas was a Roman fishing port, which was re-established when in 1785 it began to operate as a port of export for the produce of the Murcia regions fertile fields.

In the 19th century Aguilas became an important mining area. The Hornillo jetty, where iron, lead and silver from the nearby mines were loaded onto ships, is a reminder of those times.

Culture
The city, which has a rich seafaring flavour, is home to the beautiful gardens of the Plaza de Españas, with a myriad of rubber plants on view. The 19th century City Hall and the parish church of San José, where the image of the patron saint is housed, are of architectural interest.

Above the old town, standing on a promontory, is the castle-fortress of San Juan de Aguilas, built in 1579. Below it sits the port with its characteristic black-and-white striped lighthouse, which has been in operation since the mid-19th century.

Market
The town has a fine food market.

Beaches
Aguilas offers the visitor an extensive coastline stretching some 34 kilometres, which makes it one of the main tourist destinations in the Murcia region.

There are many solitary coves and beaches with crystal-clear water, such as La Higuerica, La Carolina, Calabardina and Las Delicias.

Aguilas is one of the best places on the Mediterranean coast for scuba diving, thanks to its rocky seabed. Favourite diving areas are Fraile Island and the area around the rock of Cape Cope.

Cuisine
The plains of Murcia are incredibly fertile, and produce a vast array of fresh fruit and vegetables, which make up the base ingredients of the regions cuisine. Rice is also staple here, and finds it's way into many dishes.

Climate
Aguilas enjoys a typical Mediterranean climate, with nice sea breezes in summer and protection from the surrounding mountains against the cold North winds in winter. The area averages nearly 3,000 hours of sunshine each year and the average temperature easily exceeds 20 degrees.

In 1986 the World Health Organisation recommended the climate of the area as one of the most equitable in the world - neither too hot in the summer nor too cold in the winter. On average it can boast 325 sunny days each year making it an ideal all year round destination.

Had no problems with the apartment, the pools were very nice. We had them to ourselves on many occasions! We had a great time, it was very hot every day and most nights it was still 32 at 8:30pm (end of August) We also liked the area /beaches etc. and did not find the prices in the shops to bad either

This apartment is in the town but in a quiet area near the sea and mountains. It has a shared pool, a balcony, a barbecue, a children pool area and a garage. Car hire is recommended as the apartment is less than a 15 minute walk to at least a couple of shops, bars and restaurants; however parking is available if required.
Prices & availability

Lots of outside space and seating availableon the terrace, complete with barbecue and umbrellas for shade. Also body boards and inflatables for the pool/beach. Tennis rackets and balls also. 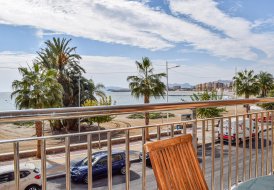 From £359 per week
Apartment To Rent In Águilas, Co...
Apartment
Sleeps 6, 4 Bedrooms 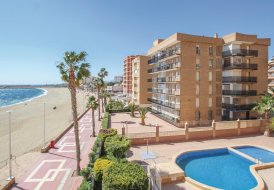 From £369 per week
Águilas Apartment To Rent
Apartment
Sleeps 5, 2 Bedrooms 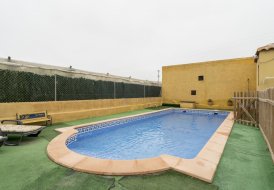 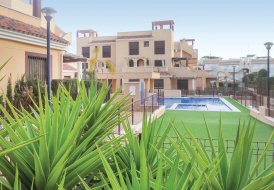 From £229 per week
Apartment With Shared Pool In Los...
Apartment
Sleeps 6, 2 Bedrooms 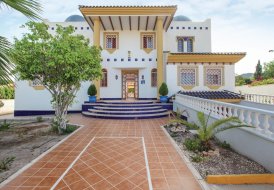 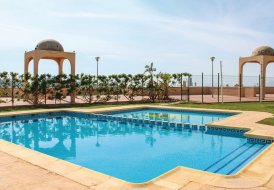 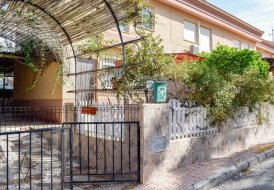 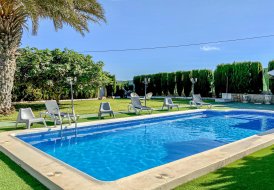 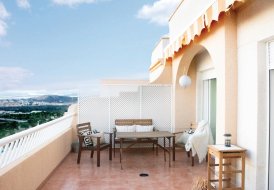 From £220 per week
Apartment Rental In Águilas, Cos...
Apartment
Sleeps 4, 2 Bedrooms 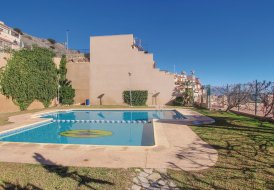