Apartment with 2 bedrooms, 2 bathrooms and golf nearby in Benalmádena, Spain

Sea and apartment view from pool 1/18

Apartment to rent in Benalmádena, Spain

This luxury air conditioned / heated apartment on the top floor (2 floors) is conveniently situated between Benalmadena and Fuengirola, close to Torrequebrada Golf, 150 meters from the Famous 5 star Torrequebrada hotel and Casino. 250 meters from bus stop, close to Puerto Marina and 15 minutes drive from Malaga airport.

With its two bedrooms and two bathrooms, this apartment will comfortably accommodate four people. There is also a double sofa bed in the living room making it possible to sleep another two people. The kitchen is fully equipped with all major appliances including a dishwasher, washing machine and microwave oven.

The spacious lounge / dining room is furnished to a high standard, incorporating one sofa and one sofa bed, TV and DVD. The sunny terrace with its 180 degree sea views leads from the lounge and the master bedroom and in the evening the sun set can be seen over the mountains from the balcony.

There is undercover parking with lift access direct to apartment.

Its miles of beautiful sandy beaches and fantastic weather which have kept tourists flocking back year after year to resorts like Torremolinos, Benalmadena, Fuengirola and Marbella.

The Costa del Sol caters for young and old alike, offering a host of entertainment choices for the native and visitor alike. The coast boasts one of the highest concentrations of world class golf courses, to the extent that it is often dubbed "The Costa del Golf".

For families there are theme parks, including water parks, go-karting, safari parks and many beautiful public gardens. For younger visitors the main areas of attraction are Benalmadenas Puerto Marina & 24 hour square and Marbellas Puerto Banus. Both are very trendy and chic, but be warned the bars and clubs dont get busy until near midnight and stay open till dawn.

The areas history dates back to the Phoenicians and has since been inhabited by Greeks, Romans and Moors, all of whom have left their mark on the areas architecture and culture. Perhaps less well known is the areas culture, often in the shadow of its neighbour Seville, The Costa and the Malaga province are home to some of the finest Flamenco shows, bull fighting & tapas restaurants.

The areas infrastructure is well organized with the new Autopista del Sol providing access from Malaga to Estepona and beyond to Gibraltar. The old N340 coast road is a little slower but offers some lovely sea views as it winds its way along the coast. Links between Granada, Seville and Cordoba are easily accessible for those wishing to venture further inland.

The International airport has regular flights to most major cities and is located just 10 minutes from Malaga City centre, and is within 30 minutes by car from most other popular resorts on the coast.

Benalmadena / Torrequebrada area
Benalmadena is made up of three different villages - in the hills is Benalmadena Pueblo, a beautiful Andalucian village of whitewashed houses and flowers covering the balconies in the narrow streets; closer to the coast is Arroyo de la
Miel (stream of honey in English) a small but modern and fashionable town of
shops and businesses, popular with tourists and along the coast Benalmadena
Costa with a 9km long beach and a 2km long promenade.

One of the highlights of Benalmadena Costa is the beautiful marina (puerto) with 1000 moorings and what many authorities have claimed to be the best marina in the world. It has a new shopping centre plus 200 shops, bars and restaurants
and also a shipyard, sailing school, diving school, nautical school and a
Sea Life Centre aquarium. There is something for everyone at Benalmadena
Costa; the Paloma park being only part of the ambience of the town. This
was created quite recently and features a large lake with a fountain and
ducks, swans and pelicans and landscaped gardens with enclosures for a
variety of animals and birds. The main road through the town is the CN340
once notorious as Spains most dangerous road but which is now a little
quieter with the heavy traffic using the motorway at the back of the town.
The road runs parallel to the coast and the Paseo Maritimo (promenade) which
features shops, bars and restaurants.

To the western end of the resort is the 5* Torrequebrada Hotel which houses the resorts only casino and a spectacular cabaret show. If its culture you are after the Castle Bil Bil is an Arabic building which houses exhibitions and concerts hosted by theTown Hall. The Municipal Precolumbian Museum was created in 1970 and is the only one like it in Spain. It houses archeological remains from the area and also from Mexico and central America. The grounds are covered with
marble tiles which come from a ship sunk in the 18th century. In this coastal resort are many modern hotels and self-catering apartment complexes
and in the back streets north of the main road many small bars, shops and
restaurants. There is truly something for everyone in Benalmadena Costa.
This is most certainly a family resort.

About 1km inland is Arroyo de la Miel which has a railway station linking to
the rest of the costa including Malaga and also the Tivoli World amusement
park (open only at weekends in the winter) which hosts a small but
interesting market on Sunday mornings where British ex-pats run
many of the stalls. On Fridays there is a huge open market in the Tivoli
car park. Adjacent is the new Telecabina (cable car) which takes passengers
750m above sea level to Monte Calamorro where, on a clear day, you can see
the Atlas mountains in north Africa. Also in Arroyo many interesting shops,
bars and cafes and some first-class supermarkets..

Please note that due to some recent bad weather the pool has been closed and not clear when it will be open again, but certainly not in 2019

This apartment has 24 verified reviews.

24 out of 24 people recommend staying here

It was great and we enjoyed all

Property had a beautiful view . It was quiet with only the sound of waves to help relax us. The kitchen was well equipped.
Pier was quick to respond to our needs.
The property is well located and a short walk to restaurants and grocery stores.

Glad you enjoyed. Hope to welcome you back again in future.

Disappointed the sun didn't reach the balcony till 1pm and that the television was causing problems however the overall stay was good.

Glad that at least there was sunshine. Had none in the UK. Would you please let me know what Television problems you had. I contacted Chris who would have sorted this out but he said he wasn’t contacted by you so not aware of the problem. Regards Piet

Nice apartment and accurately described save as follows: 1.) It is described as top floor, but there is a floor above it, so the balcony is overlooked by above 2.) Photo 4 is labeled "Pool View" which implies to me that I can see this view of the pool from the apartment balcony. I could not. I can confirm that, however.The apartment has the sea at its front [very nice], but a very busy dual carriageway at its rear with attendant traffic noise affecting the second bedroom. We were looked after very well on arrival and departure by Chris.

The apartment is on the top floor. There is a penthouse next to it that has steps going to the roof.

There is no suggestion that the pool view is the view from the apartment balcony. There are pictures of the views from the balcony.

"We had a nice relaxing week that was even better than South Africa's best - Prof. M Steyn"

"I was very pleased with our first stay, so I do not mind being mentioned as a reference at your website. The fact that I want to come back with my husband and friends is proof enough, I think. Best regards, Vania Grundberg"

Outside this apartment in Benalmádena, Spain

This apartment is near the sea. It has a balcony, a garage, outside lighting and a sea view. Car hire is not necessary as the apartment is less than a 15 minute walk to a large selection of shops, bars, restaurants; however parking is available if required.
Prices & availability

There is also 2 double sofa beds in Lounge, 1 cot 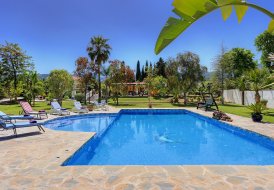 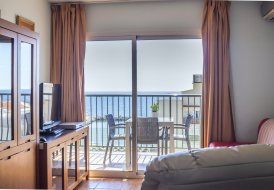 From £318 per week
Holiday Apartment In Fuengirola, ...
Apartment
Sleeps 2, 1 Bedroom 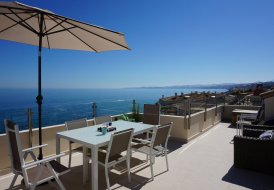 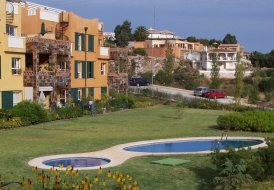 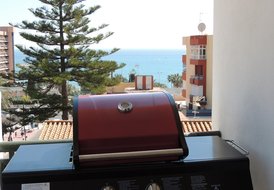 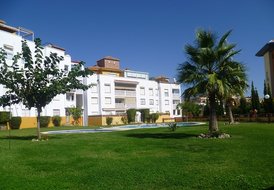 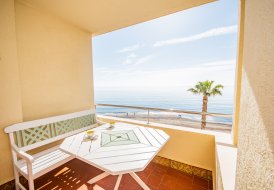 From £363 per week
Holiday Apartment In Torremolinos...
Apartment
Sleeps 4, 2 Bedrooms 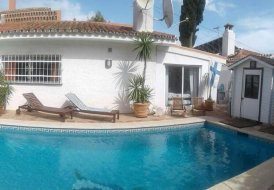 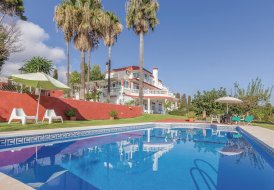 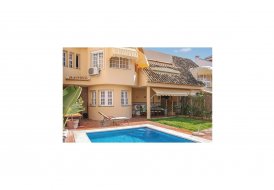 From £949 per week
Villa With Private Pool In Fuengi...
Villa
Sleeps 12, 6 Bedrooms
View all properties in Benalmádena
Add to wishlist Added to wishlist