Cottage with 2 bedrooms, 1 bathroom and private pool in Antequera, Spain

Cottage to rent in Antequera, Spain

Cottage with private swimming pool and rural location near Antequera

Located in Antequera, this modern holiday home has 3 bedrooms for 6 guests. Ideal for families, guests can take a dip in the swimming pool and access free WiFi here. You can explore the neighbouring areas which have several golf courses and tennis court (500 m). The town center is just 3.8 kilometres away if you wish to enjoy shopping and experience the local nightlife. You can also spend a day relaxing at the beach, 4 kilometres away. The kitchen is large and well-equipped with an oven, bar, microwave, dishwasher and refrigerator. Air conditioning facility is also available. Guests can cozy around a hot barbecue in the garden with garden furniture. This property also features a bathtub with shower, washing machine and a parking facility. A train station is located at a distance of 8 kilometres while the nearest airport is 22 kilometres away.

The cottage is beautiful in the mountains, but is poorly decorated. It was not clean, the furniture, both inside and outside, is very uncomfortable, the service is insufficient (2 wine glasses for 4 people ??). there are dried flowers that are so dusty that you only sneeze at the sight.The shower leaks so that the boiler is always half empty and gives insufficient hot water.In addition, neither the house itself nor the address where the key is located. There are no street names in the village but only a neighborhood name and no house numbers. So you have to know the name of the house to find the key, but it was not specified. So a long, complicated, difficult search through various houses. Dogs from the upstairs neighbors keep you out of sleep at night.

We were happy "morning arrived by plane so we had plenty of time to find the villa." In the evening we find it very difficult to find. We have traveled to Seville, Cordoba, Ronda and Malaga. Because the dark earlier in this period, we had in those cities leave on time. Especially the drive from Villanueva to Campito villa is not the easiest way in the dark. But oh, that view from the villa. It's gorgeous and absolutely worth it again to go. We enjoyed plenty.

beautifully situated on a hillside quite warm (Costa del Sol) but still pleasant not so far from the sea, good location to explore like Malaga, Granada, Cordoba and Ronda but also good to lie. quiet at the private pool in the neighboring cities for sports fans if you have a bike it is great to climb starts at some kilpmeters of villa.enige downside barking dogs at night especially the torcal

Andalucia is beautiful. A major drawback was that the landlord does not speak a word of English. We came "at night and would be around 21.00 at the house. We were there at 21.15 and there was none. First we were at the wrong house and when we had finally found our house we had to remove the key from the washing machine and when we got inside we could not find the bed linen and towels are not. We then started calling 5 times and got a busy Spanish story which we figured nothing. Eventually after many telephone calls yet found. Was not like that 's late at night after the flight. The garden and pool were lovely and eventually we had two wonderful weeks in Andalusia and of course to Seville, Granada, Cordoba, Ronda and Malaga been. The immediate vicinity of the house is beautiful. Advice better directions to the cottage. Is 16.5 km into the mountains. Rent a car with power. We had a Citroen C1 and I had n 1 upwards. Shopping Hours indicate good at z ". His closed between 14:00 and 17:00. Resturants indicate better immediate vicinity.

Owner is nice man, but speaks only Spanish. R nVooral the outdoors appealed to us. R nAll space, beautiful secluded and a nice private swimming pool. R nVoorzieningen good, only bedrooms are not too big and no shelves for holiday clothes etc. r within sight and surroundings are beautiful, fields, orchards and near a nature reserve, where you can make beautiful walks. r n r nRonda, Granada and the coast can be reached. within 1-1.5 hours

Rustic decor, personal day "have easily ignored, the view is magnificent. Petite country house very clean (until" joints in the bathroom), friendly, 6 km from the nearest village, pool very well maintained. There are toilets near the pool area, the stone. Malaga is 35 km.

Outside this cottage in Antequera, Spain

This cottage has a pool, a balcony, a barbecue and a garden.
Prices & availability

This cottage is managed by an established travel agent that was founded over 40 years ago. We've been working with them since December 2017 and have had 49 bookings with them. 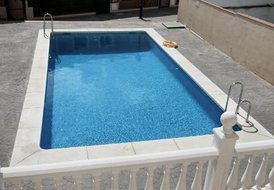 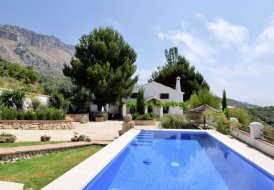 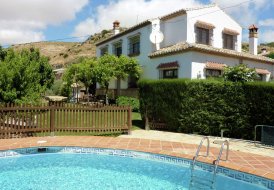 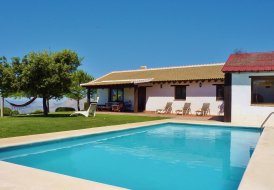 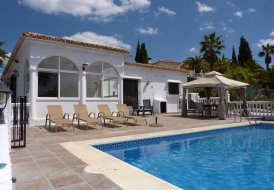 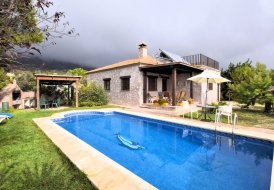 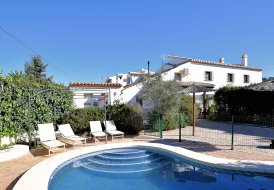 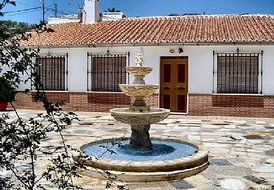 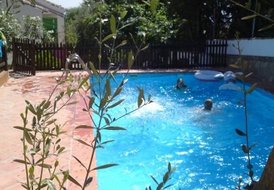 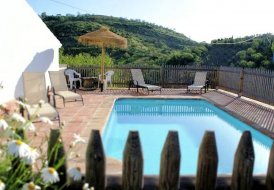 From £599 per week
Casa La Moneda
Cottage
Sleeps 5, 2 Bedrooms
View all properties in Antequera
Add to wishlist Added to wishlist

This cottage is managed by an established travel agent that was founded over 40 years ago. We've been working with them since December 2017 and have had nearly 50 bookings with them.