Villa Casa do Sul is a little paradise in Olhos de Água (Albufeira) a little less than 900m from the beach. With capacity for 10 people, it is composed of a suite and four bedrooms and possibility of

Villa Casa do Sul is a little paradise in Olhos de Água (Albufeira) a little less than 3000m from the beach.

With capacity for 10 people, it is composed of a suite and four bedrooms and possibility of a cot.

With traditional Algarvian stroke, Villa Casa do Sul features a swimming pool with protection, large garden with hammock, parking and garage and a sunny terrace to enjoy the magical and soothing sunset. On the terrace also offers a covered dining place and a barbecue that will delight the "chefs".

Albufeira may be noted more for their lively atmosphere, beaches and bars, but there are more cultural and historic things to do. For instance, in the old town in a small square, Praça de Republica, you’ll find the Archaeological Museum, with its collection of Stone-Age, Roman, Visigoth and Moorish artefacts.

Just up from the Fishermen’s beach is the Church of São Sebastião, a beautiful 16th Century church. Then there’s the clock tower, Torre do Relógio, a symbol of Albufeira. Another tower of note is the imposing bell tower above the Igreja Matriz.

Three kilometres west of Albufeira Old Town is an area known as the Strip. It is modern and completely different in character from the Old Town. It is very busy (in the high season), and packed with shops, restaurants and bars. Here you can get anything you want, from a full English breakfast to a Portuguese decent meal, and there are many good establishments to choose from.

There are many bars with entertainment, karaoke and so on... This area is definitely most popular with the young party crowd. The area itself is based around a single street, which runs down from the Montechoro area, at the northern end, down to the golden beach of Oura at the bottom of the hill at its southern end.

This villa does not have any reviews but the agent has 1 review for their other properties.

Outside this villa in Vale da Azinheira, Algarve

This villa is in a quiet area near the beach. It has a pool, a balcony, a garage and a garden. Car hire is recommended as the villa is less than a 15 minute walk to at least a couple of shops, bars and restaurants; however parking is not available.
Prices & availability

Villa Casa do Sul features a swimming pool with protection (fence) for childrens. 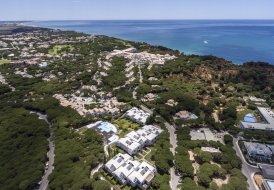 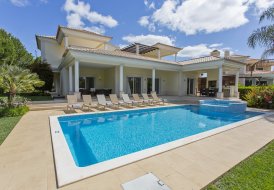 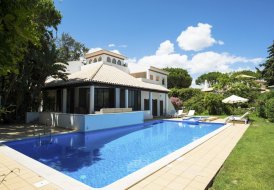 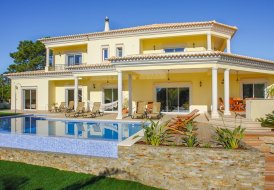 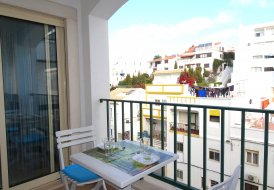 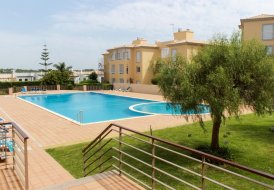 From £489 per week
Apartment To Rent In Vilamoura, A...
Apartment
Sleeps 6, 2 Bedrooms 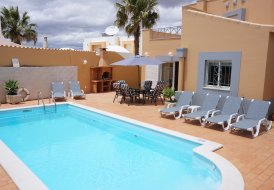 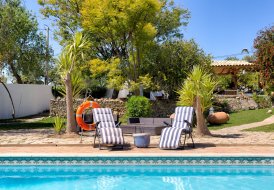 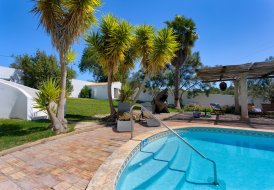 From £438 per week
Holiday Home Rental In Alcaria, A...
Country House
Sleeps 2, 1 Bedroom 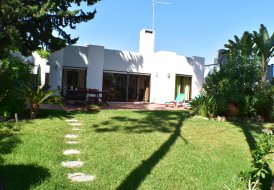