Spirit Of Art - Art In The Heart Of Lisbon

Spirit of Art Apartment details
In the heart of Alfama, this NEW and distinguished apartment is on the 1st floor, of an unusual but beautiful building dating from the XVIII century, with only two other apartments and an artist's studio below.
Situated in the city centre and in one of the most typical areas of Lisbon, you will find a very elegant and romantic place to stay. Original works of Portuguese contemporary artists are displayed on the walls, and some other meticulous details will make your stay unique and exquisite.

Description
Measuring approximately 100 m², you will find a beautiful and characteristic apartment with two bedrooms, one bathroom, a living room, a fully equipped kitchen, a dining area and an abundantly “green” balcony.
A very quiet and accommodating environment for those looking for peace and tranquility. The best away to start the day is with breakfast on the balcony; enjoy the rooftops of Lisbon and the exquisite garden, belonging to the art studio below of the prominent contemporary artist.

Alfama
One of the oldest districts in Lisbon, Alfama is spread out on the slope between the Lisbon Castle and the Tejo river. Its name comes from the Arabic Al-hamma, meaning fountains or baths. It contains many important historical attractions, with many Fado bars and restaurants.

This apartment is in the city and near a lively area. It has a balcony. Car hire is not necessary as the apartment is less than a 15 minute walk to a large selection of shops, bars, restaurants; however parking is not available.
Prices & availability

There is also 1 single sofa bed in Living Room 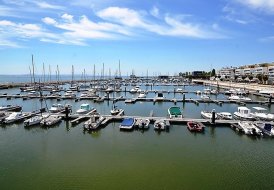 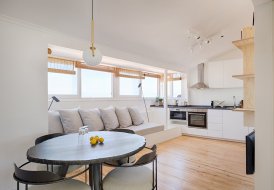 From £413 per week
Romantic Gem In Graça
Apartment
Sleeps 4, 2 Bedrooms 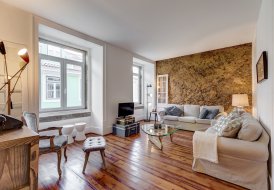 From £590 per week
Historical Gem In Baixa
Apartment
Sleeps 5, 3 Bedrooms 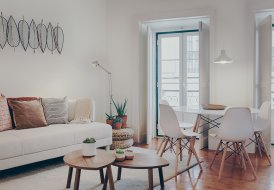 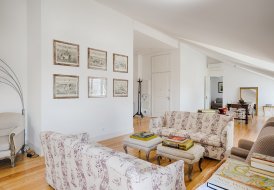 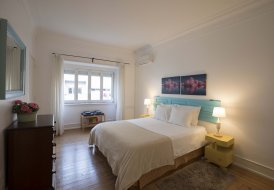 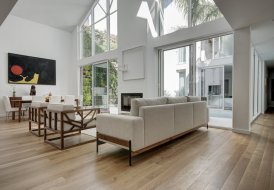 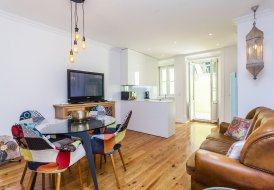 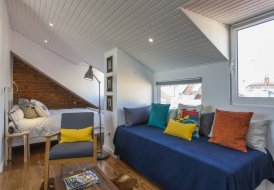 From £508 per week
Studio Rental In Encarnaçăo (li...
Studio Apartment
Sleeps 2, Studio
View all properties in Lisbon
Add to wishlist Added to wishlist