Situated in the city centre and in one of the most typical areas of Lisbon, you will find an elegant and romantic place to stay.

A building dating back to 1512. A former convent destroyed by the 1755 earthquake, was recovered to become a very special apartment.
The old convent kitchen now converted into a single room features fireplace with traces of the violent earthquake. The entire space has traces of sec XVI and XVII. Columns, old stairs, forged irons. Traces of the eighteenth century tiles are shown at the entrance. A kitchen adapted from an old hallway that led to the other dependencies of the convent, features modern design and almost high-tech. The dining room with decorative tribute to the Chinese porcelain of the eighteenth century of Portuguese comissions.
Two very special rooms, facing the majestic fireplace, recall the old cells of the convent. A small toilet, that was recovered from an old one.
The master bedroom reveals a more modern decor but with references to a older times furniture.
The main bathroom with two basins, spa bath and shower.
An apartment of 1500, with facilities of the twenty-first century.
Alfama
One of the oldest districts in Lisbon, Alfama is spread out on the slope between the Lisbon Castle and the Tejo river. Its name comes from the Arabic Al-hamma, meaning fountains or baths. It contains many important historical attractions, with many Fado bars and restaurants.

This apartment is in the city but in a quiet area. Car hire is not necessary as the apartment is less than a 15 minute walk to a large selection of shops, bars, restaurants; however parking is not available.
Prices & availability 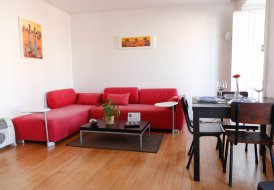 From £595 per week
Apartment To Rent In Encarnaçăo...
Apartment
Sleeps 6, 3 Bedrooms 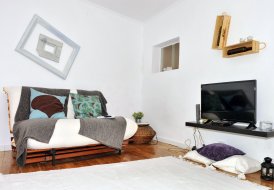 From £154 per week
Apartment In Ajuda, Lisbon
Apartment
Sleeps 2, 1 Bedroom 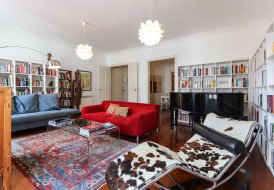 From £460 per week
Apartment To Rent In Santa Catari...
Apartment
Sleeps 5, 2 Bedrooms 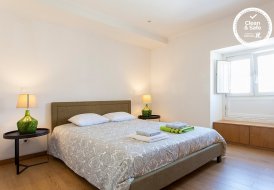 From £283 per week
Apartment In Anjos, Lisbon
Apartment
Sleeps 4, 1 Bedroom 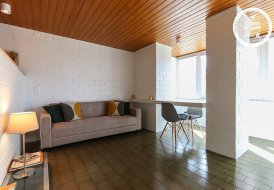 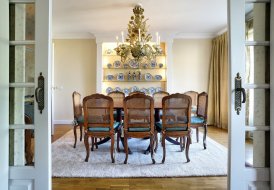 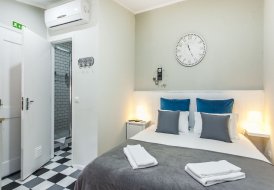 From £222 per week
Studio To Rent In Mercęs, Lisbon
Studio Apartment
Sleeps 2, Studio 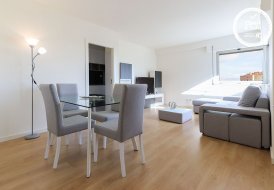 From £283 per week
Apartment To Rent In Lumiar, Lisb...
Apartment
Sleeps 4, 1 Bedroom 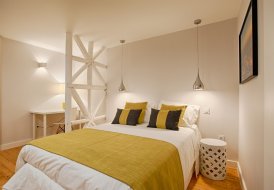 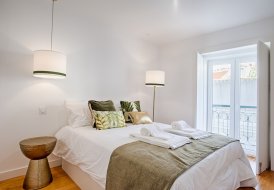 From £312 per week
Holiday Apartment In Santa Catari...
Apartment
Sleeps 4, 1 Bedroom
View all properties in Lisbon
Add to wishlist Added to wishlist