Located in a pleasant area of Calheta, with a fantastic view over the sea and the mountain.

located in a pleasant area of Calheta, with a fantastic view over the sea and the mountain. The house is composed by: Ground-floor - room where clients have at its disposal a washing machine, as well as a football table.2 double bedrooms ,2 twin bedroom 1 single room sitting room with kitchenette and 3 bathroom. There is also a covered barbecue with table, where guests can enjoy meals. Outside, there is a terrace with garden furniture with views over the sea, as well as of the village of Calheta.

Places to visit in Calheta

Sugar Cane Factory: With a history dating back half a century, here you can find some of the oldest sugar cane mills on the island of Madeira. The Calheta Milling Company was founded during a period of great industrial development during the second sugar boom at the end of the 19th and beginning of the 20th century. It is a living example of the sugar production of the past, with half a century of history, as it is one of the oldest mills on the island of Madeira.

Casa das Mudas Arts Centre: Designed by architect Paulo David, Casa das Mudas Arts Center, has received international awards for its architecture and seamless integration into the landscape and hosts various exhibitions, musical performances, plays and lectures. This Arts Center has a covered construction area of 12,000 m² and was built as an extension to the existing Calheta Culture House, where the "Gallery" currently operates.

Calheta Beach: The artificial yellow sand beach of Calheta village was opened in 2004. Calheta was, in fact, the first town in Madeira to have an artificial beach, and also features a sunbathing area of about 7,300 m2.

Paúl do Mar Beach: This peaceful beach is also known as Ribeira das Galinhas beach. It is regarded as one of Europe's best surf beaches, hosting one Billabong Challenge and a National Surf Championship in 2000.

Santo Antão Viewpoint: Located on the cliff top of Achada de Santo Antão, it has a superb view over Madalena do Mar and Calheta.

Ponta do Pargo Lighthouse Museum: This museum presents several stones of Madeira's lighthouses, photographs, documentation and a panel exhibition about the history of the region of Madeira.

This house does not have any reviews but the agent has 1 review for their other properties.

Outside this house in Lombo da Ribeira Funda, Madeira

This house is in a quiet area near the sea. It has a pool, a balcony, a barbecue, a garage and outside lighting. Car hire is necessary as the renter will need a car to get about for shopping, eating out and the beach; however parking is available if required.
Prices & availability 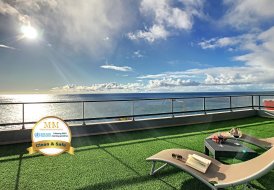 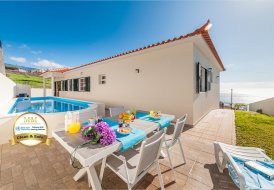 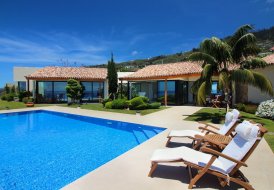 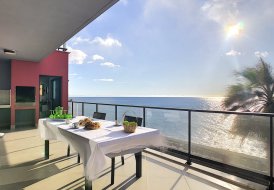 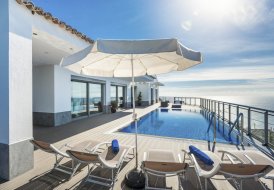 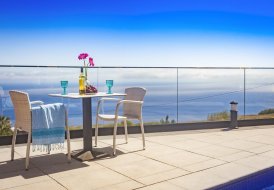 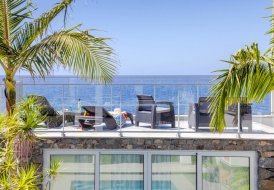 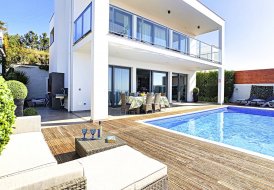 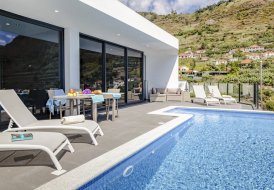 From £1,122 per week
Villa Meireles
Villa
Sleeps 6, 3 Bedrooms
View all properties in Madeira
Add to wishlist Added to wishlist