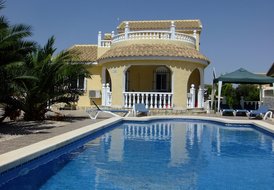 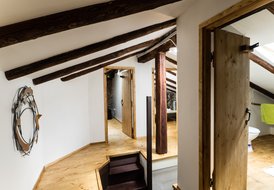 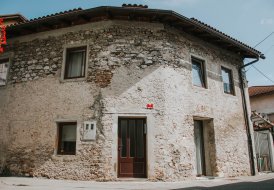 From £836 per week
Hisa Gradnikova

Arrived late Saturday into Sunday so no time for routine check until Sunday morning. The aircondition in the ground floor en-suite bedroom was not working. A survey of the exterior found much spalling of stonework, particularly in the football area, as well as hazardous defective floor tiles. Defective lighting in the fusty basement games room. The advert photo does justice to the height of this room. My son is six foot two and regularly banged his head whilst playing table tennis. The agent said they were unable to immediately repair the aircon' and an engineer confirmed a new unit would be required but not until the 24th August. In the meantime the ceiling fan/light failed as well as the portable fan. So my 18 year old grandaughter and her partner had to sleep in the lounge with my two younger grandsons because of the heat in the failed bedroom. A number of other minor faults that should be picked up on pre-occupancy checks just left that sour taste. Other than that we as a family enjoyed our stay and with our large personnel carrier toured the interesting surrounding Mazarron/Murcia countryside and beaches.

Thanks Stephen, Yes as confirmed we did our upmost to make your stay comfortable regarding the air con (one unit out of the other 3 that were working) including: calling an engineer to try to repair, supplying a fan, as well as ordering a portable air con unit, which unfortunately did not arrive until your penultimate day. I’m glad the photos advertised do truly reflect the basement (as you say), and I don’t think you can be more fair than that. I’m glad, despite the minor issues you mentioned, you enjoyed your stay.

Thank you very much Steven for your kind review, very much appreciated. Linda