Villa with 2 bedrooms, 1 bathroom and private pool in Noto, Sicily

Villa to rent in Noto, Sicily

In a beautiful ancient landscape at the end of a narrow lane, is the Villa, elegant in its simplicity, whiter than white with pale turquoise shutters. A large marble-topped table is protected by a gazebo, a striped hammock is slung between the trees, sleek loungers flank a big pool, and there’s a play area shaded by olives.

Inside, all sparkles, from the sitting room with books, wood-burner and white leather sofa, to the well-equipped kitchen, the simple bedrooms and the bathroom with its great big shower.

Civilisation is a seven-minute drive, but there’s no other dwelling in sight; this is a place for those who love silence sunshine and lots of it. The Guardian UK says that one of Sicily's most spectacular beaches is La Marchesa which is only 9 minutes away from Villa Val di Noto.

The Villa boasts a superb wood fired pizza oven, an outdoor cinema, a bocce court, Bose stereo and an adventure playground for the kids.

The Villa is an equal distance between Noto Palzzolo Acreide and Siracusa and so its perfectly situated for exploring all the jewels of the Baroque triangle of towns. evening, head for Ragusa, a honey-coloured Renaissance marvel – or ethereal Noto, or glorious Modica.

This villa does not have any reviews.

Outside this villa in Noto, Sicily

This villa is in the countryside and in a quiet area. It has a pool, a balcony, a barbecue, a children pool area and outside lighting. Car hire is necessary as the renter will need a car to get about for shopping, eating out and the beach; however parking is available if required.
Prices & availability 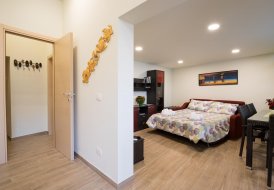 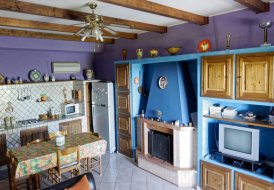 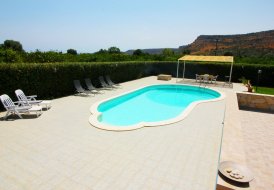 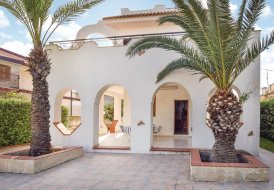 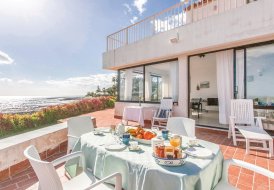 From £1,090 per week
Villa In Fontane Bianche
Villa
Sleeps 8, 4 Bedrooms 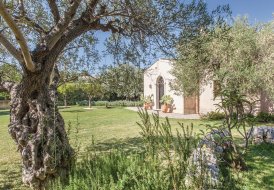 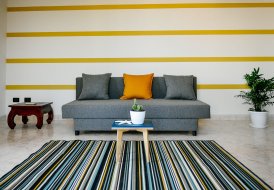 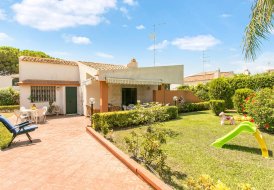 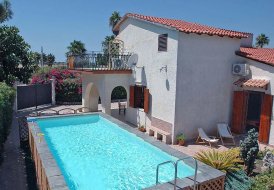 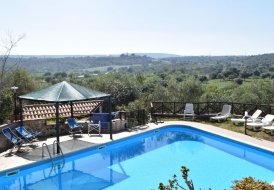 From £525 per week
Casa Monti Iblei
Villa
Sleeps 6, 2 Bedrooms
View all properties in Sicily
Add to wishlist Added to wishlist