Sophia, is a Fabulous 4 Bedroom Family Villa, Private Pool and Gardens, Amazing Views of Cortona, Montechio Castle and Castiglion Fiorentino. The perfect place for a family holiday in Tuscany

You probably already have an idea of just how beautiful this region of Italy is: Rolling hillsides, fields of sunflowers and poppies, vineyards, fresh food and wine the natural warmth of the Tuscan people. These are just a few of the images you might have thought about when planing your vacation here in Tuscany.

Whilst you are here, we can help organise cooking classes, truffle hunting, car rental, scooter hire and more.

Then there are the Tuscan towns, villages and Markets

This historic Tuscan Town lies at the center of a triangle formed by important cities such as Florence, Siena and Perugia.

Castiglion Fiorentino, originally an Etruscan settlement and later an old medieval village, lies close to the famous Valdichiana and Cortona.

The tower of the ancient castle dominates the town. This charismatic town has much to offer any visitor including its beautiful medieval walls, beautiful churches, art treasures and numerous Renaissance structures - e.g. the Loggia by Vasari at the Piazza del Municipio.

The first of the existing city walls, including Porta Fiorentina, the main entrance to the town's historical center, was erected in the 13th century, then enlarged in the 14th under the Perugians to connect the castle to the outside walls. An anti-gate containing the Medici coat of arms is located outside of the walls, while the inside of the gate is constructed of three arches under a statue of the town's patron saint, St. Michael. The town's fortress, the Cassero, was completed in 1367. In the 15th century, the nuns of San Girolamo used the fortress as a convent, and by the 19th century much of the fortress had been destroyed, with the remaining structure used as a prison

The Pinacoteca, or Municipal Art Gallery, occupies the former church of Sant'Angelo. Built on the site of an Etruscan temple, the church of Sant'Angelo was built in Romanesque style between 1229 and 1239. The church has served as a hospital, wine cellar, and workshop before being renovated and used as an official museum and art gallery

Castiglion also has many festivals throughout the year including the famous "Palio dei Rioni" on the third Sunday of June. A smaller version of the similar festival in Siena, the Palio dei Rioni is a horse race around Piazza Garibaldi, including a colorful display of the ancient custom of flag-waving, which dates back to the 13th century.

In addition to the spring poppies, summer sunflowers and the famous Tuscan Cypress and Olive trees the beautiful green hillsides and country lanes are a must for any traveler any time of the year.

This villa does not have any reviews but the agent has 4 reviews for their other properties.

Outside this villa in Castiglion Fiorentino, Italy

This villa is in the countryside and in a quiet area. It has a pool, a balcony, a barbecue, outside lighting and a garden. Car hire is necessary as the renter will need a car to get about for shopping, eating out and the beach; however parking is available if required.
Prices & availability 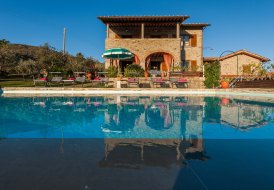 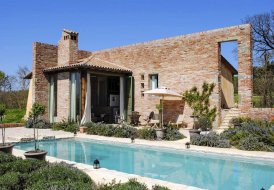 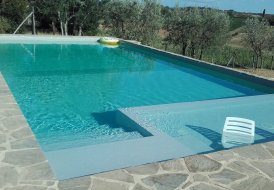 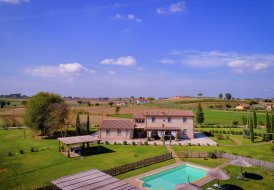 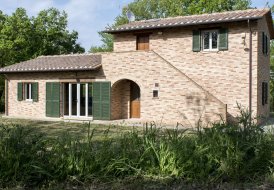 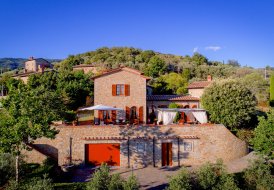 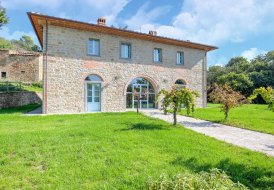 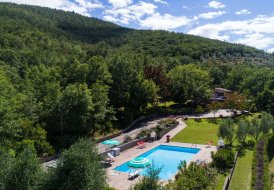 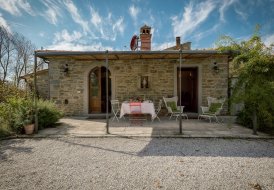 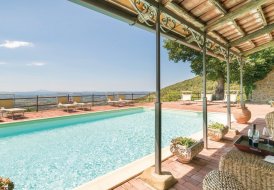 From £1,539 per week
Ca' Del Poggio
Villa
Sleeps 16, 7 Bedrooms
View all properties in Tuscany
Add to wishlist Added to wishlist