House with 2 bedrooms and 1 bathroom in Rhodes Old Town, Rhodes

roof terrace and ocean view over the roof tops 1/44

500 m from all sight seeings is this house,the property is within the Greek neighbourhood,among the friendly locals.
The Maisonette is situated in the "Jewish Quarter"of the historic Old Town only 50 m from the Synagogue and about 100 m from "Evreon Martion Square".The house enfolds about 65 sq on two floors,a balcony on the first floor and a 20 sq roof terrace on the top.There is a fully equipped kitchen with all necessary kitchenware
Ground floor:
Kitchen,full equipped with Sitting-area around the open Fireplace
Bath with Shower
warm Water with Solar and electric(winter period)
1. Floor: Bedroom with in-build antic wardrobe,dbl-bed 1,50 X 1,90,
Balcony,TV-Sat,wooden floor ,ac
2.Floor: little Storage room with sofa bed,Terrace with 2 Sunbeds,umbrella and a nice view to the yacht-harbor . The stairs are deep and not suitable for elderly and infants !
Long Term Rent welcome,please contact us
Next door building is not inhabited and ruined
,close to all sight seeings,restaurants,bars,museum,beach

About the island of Rhodes
When summing up Rhodes , the word "special" comes to mind.

Rhodes is the largest of the islands in the Dodecanese
chain, and visitors to this amazing place will likely never forget how

special it indeed is. In fact, many who come to
Rhodes on an initial trip end up coming back

again and again, or at least wanting to.

Rhodes Greece thrives of off tourism, and the infrastructure of the island

lends itself well to travel, as do the many sights and sounds.
Over 130,000 people are fortunate enough to call Rhodes their home,

which is the capital of the island.
Rhodes lies just 11 miles off the southwest Turkish shoreline and its strategic point between cultures and countries has ensured

a history both tumultuous and marvellous. Detailing the history of Rhodes would be a serious undertaking.

Inhabitants on the island of Rhodes can be traced as far back as the Neolithic
period.

Rhodes Island is reputed for its number of sunny days. According to some, the sun shines at some point every day of the year.

Explore the islands wealth of byzantine churches
and other historical sites, and if you have time you can save a couple days

for a relaxing beach vacation Rhodes getaway.
Around Rhodes City and other Rhodes destinations like Lindos,
youll find plenty of restaurants

and cafes, as well as bars

and excellent throw your cares away night life.If hopping the Greek islands is your agenda, you will find Greece

ferries operating from Rhodes that can transport you to other desirable destinations such as
Crete, Kos, Mykonos,
Santorini,Symi,Halki,Tilos and Kastelorizio.

winter flights via Athens from Europe citys with Aegean air

Its a joy to wander through the pedestrian-only, cobbled streets of Rhodes Towns old town, protected by
14th-century fortifications measuring 4km (2.5 miles) in length. The top attraction is the vast
14th-century Palace of the Grand Masters,
housing a museum tracing the islands history.
To reach it, walk up Ippoton Street, lined with ‘inns, each one representing a different country from
where the knights originated. Close by, the 15th-century Knights Hospital houses the
Archaeological Museum, while the nearby Byzantine Museum displays religious icons
and frescoes in the former cathedral
Also take a look at the pink 16th-century Mosque of Suleiman the Magnificent,
built when Rhodes was controlled by the Ottomans. A short distance southwest of town,
overlooking the sea, the Acropolis of Ancient Rhodes is home to the Temple of Apollo.

Many cruise companies also offer a half-day excursion by bus to Lindos, a whitewashed hillside
village crowned by a medieval fortress and an ancient Greek temple.

* Palace of the Grand Masters http://www.greece-museums.com/museum/118/

This house has 9 verified reviews.

8 out of 9 people recommend staying here

My partner and I really enjoyed living in Old Town. The neighborhood of the property was very friendly and quiet. Claudia was very helpful with local information, restaurant suggestions, where to shop for groceries, fresh fruit, etc. She also helped us book a rental car and transportation to the airport.

The maisonette is in a superb location. The owner was very accommodating - very friendly and frequently asked how we were and how we were getting on. An enjoyable stay.

A nice little house with a wonderful roofgarden, perfectly located in a charming and pittoresque quarter of the old town only a few minutes away from all the attractions. Claudia, the owner, is great she takes really care for her tenants. The property is probably not a choice for "five-star-all-inclusive-customers", but a perfect place for travellers who look for a relaxing home in a lively neighbourhood with real people and normal circumstances. We enjoyed our two weeks there very much!

I thought it was really good, there where nice friendly neigbours, and with the owner next door to give help, and the Mini Market and bakery 100 meters away what more could you ask for. To stay within the town rather visiting it on a day trip gave us the opportunity to get to know and appreciate what the old town is really like.Once you leave the main tourist street and wander 50 meters down the back streets there are some wonderful little places and excellent restaraunts to visit.Its not until you spend time there you get to apprecaite the real histrory of the place- and it is amazing, Italian, English, Turkish and Greek culture and buildings.Of course the beach is still only 25 minutes stroll away.

The best things about the apartment are its location and its helpful owner who lives next door. It is located in the old part of Rhodes at an easy distance from the main historic sites but it is not a touristy area and maintains its local charm. The apartment is attractive but very compact and the stairs to the upstairs bedrooms are designed for the young and fit. It is well supplied with basic equipment.

Dear Claudia. I had a splended time over in Rhodes.... most of which due to your incedible hospitality and helpfulness. The stay in your appartment was really like living at home and your advise to get around town as well as the island, were better than any travel guide I have known so far. Thank you again and be sure, I will be back .... and in between, I will recommend your place with all my heart. In summer or even in off-season (when the island ought to be a secret travel tip) the appartment is well equipped for all needs. And it lives with your spirit. With my kind regards, Torsten

Outside this house in Rhodes Old Town, Rhodes

This house is in the city and near a lively area. It has a balcony, a barbecue, outside lighting and a sea view. Car hire is not necessary as the house is less than a 15 minute walk to a large selection of shops, bars, restaurants; however parking is not available.
Prices & availability

the property is with all necessary kitchenware equipped ,beach towels,library,cd,,internet access wifi roof terrace with 1 sun bed and chairs/table\balcony fire place,the house is suitable for all year around please ask for long term rental details laundry,supermarket,phone close to the house daily cleaning available on request with additional charge of 10 EUR/hour car& motorbikes rentals are available excursions to other islands or turkey transfer from the airport to the location by pre - booked Taxi booking in advance scuba diving & windsurf lessons course golf course 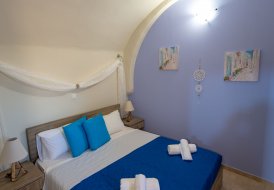 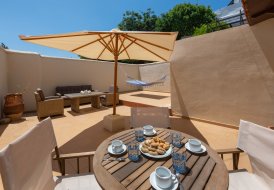 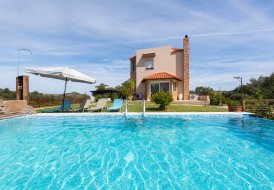 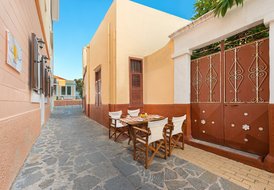 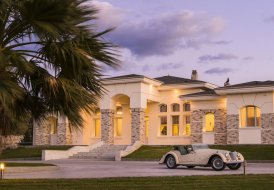 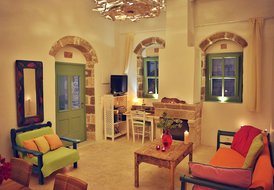 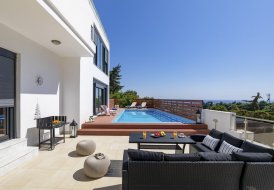 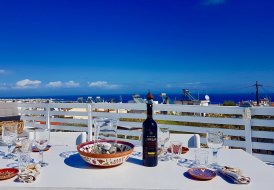 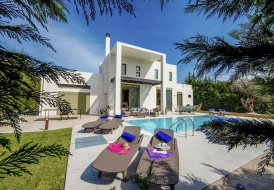 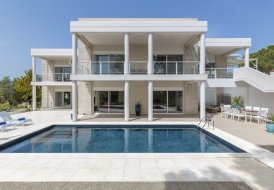