Beach apartment with 2 bedrooms and 2 bathrooms in Protaras, Cyprus

Apartment to rent in Protaras, Cyprus

This newly built 2 bedroom apartment has a large double bed and two singles. The apartment has an en-suite bathroom from the double bedroom and a nice spacious double shower room, large modern kitchen which is well equipped and the living area has tv with local channels.

NOTE: The photos do not show but black out blinds have now been installed for comfort and privacy

LOCATION
Protaras, the tourist area, extends along the eastern coast of Paralimni and stretches for 10km from the district of ‘Kapparis’ to the location of ‘Konnos’. Hundreds of windmills grant its landscape a quaint, tranquil beauty. Fantastic beaches with crystal clear waters are found along this coast, most of them accredited with the prestigious Blue Flag status.

This apartment does not have any reviews but the agent has 83 reviews for their other properties.

Outside this apartment in Protaras, Cyprus

This apartment is near the beach. Car hire is not necessary as the apartment is less than a 15 minute walk to a large selection of shops, bars, restaurants; however parking is not available.
Prices & availability 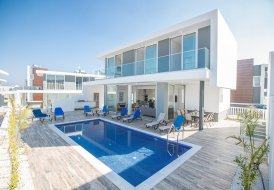 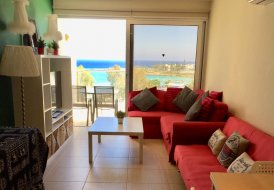 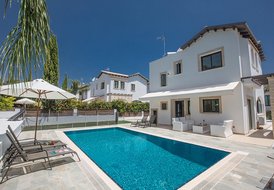 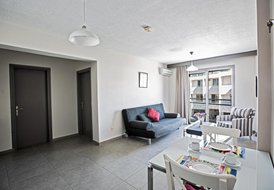 From £416 per week
Merab Apartment No.1
Studio Apartment
Sleeps 2, Studio 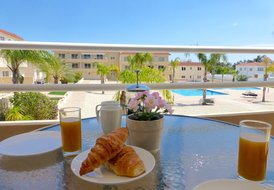 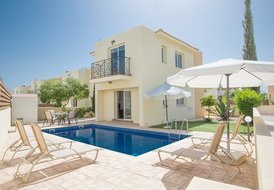 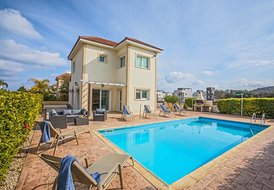 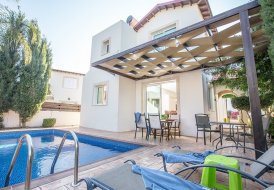 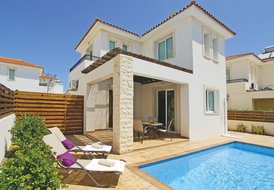 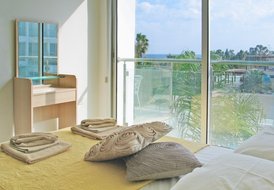 From £932 per week
Apartment Lilian
Apartment
Sleeps 2, 1 Bedroom
View all properties in Protaras
Add to wishlist Added to wishlist