Villa with 4 bedrooms, 5 bathrooms and private pool in Pissouri, Cyprus

Villa to rent in Pissouri, Cyprus

Villa Grand Zeus features a free-form pool and a large pool bar with bbq and offers split-level accommodation with free Wi-Fi. Pissouri Beach is a 10-minute drive away and the airport only 25.

An unspoiled traditional stone built village, with authentic elegance and incredible Mediterranean views is waiting to welcome you home…

Located approximately 500 meters above the level of the sea, Anogyra (or Anoyira) provides the benefits of a cooler "mountain like" climate, free of humidity, but at the same time is located only 10 minutes drive away from the "Blue Flag" beaches of Pissouri and Avdimou.

Anogyra is positioned halfway between Limassol and Paphos, just 10 minutes from Aphrodite Hills (golf, spa and hotel) and other prestigious golf courses. In a distance of 10 minutes south-west a picturesque marina is planned for development.

Anogyra is one of the only 8 Heritage villages in Cyprus as it has managed through time to keeps its original architecture.

Anogyra is also rich in History. As its timeline begins from the Neolithic Era of 8200 BC continuing to the Hellenistic and Roman relics of 325 BC where significant archaeological gleanings were discovered.

Strong evidence of the History of the village is justified by the ruins of the Holly Cross Monastery that appears at the right side of the street just before you enter the village. The Monastery of the Holy Cross is found in the venue of a post-Roman, early Byzantine settlement, which hasn't been archaeologically researched.

The archaeological research that began -and will continue more intensively in the future -will surely bring to light new evidence regarding this note-worthy monasterial complex and will become one of the most important archaeological sites of Cyprus.

In Anogyra various traditional festivals such as the Pasteli festival, are organised every year and many other charity bike and walk runs.

"Best vacation and a great value" Very well equipped villa, very well thought of every possible thing a guest may need. We had a wonderful time there. the villa was clean, had modern-high quality appliances, tastefully decorated and within a reasonable drive from Limassol. Great hospitality by owners. Warmly recommended!

“One of the better facilities ever had the pleasure to stay in” Very well equipped villa, very well thought of every possible thing a guest may need. We had a wonderful time there. the villa was clean, had modern-high quality appliances, tastefully decorated and within a reasonable drive from Limassol. Great hospitality by owners. Warmly recommended!

It is not very often that a visit to a site exceeds our expectations, but I am happy to say that our visit to Grand Zeus Villa was simply excellent. The Villa is beautifully and comfortably designed and gives the feeling of a luxurious place. Each of us had a wonderful and comfortable room. Public areas are spacious end inviting, and we just did not have enough time to try them all... “Grand Zeus Villa - a luxurious vacation” There is a small garden that supplied fresh cherry tomatoes, herbs, and even zucchini. The hosts were very caring an responsive, and we thank you. I strongly recommend spending a vacation in Cyprus in this place.

Outside this villa in Pissouri, Cyprus

This villa is in the countryside and in a quiet area near the mountains. It has a pool, a balcony, a barbecue, a garage and outside lighting. Car hire is recommended as the villa is less than a 15 minute walk to at least a couple of shops, bars and restaurants; however parking is available if required.
Prices & availability

There is also 2 cots 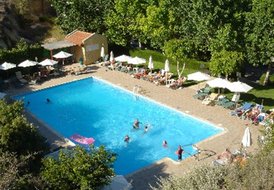 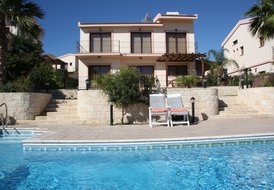 From £750 per week
Vineland Sheromyli No. 6
Villa
Sleeps 6, 3 Bedrooms 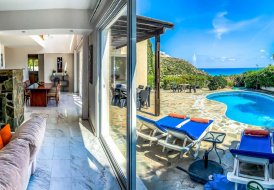 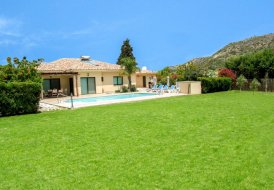 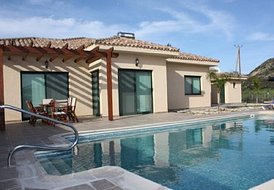 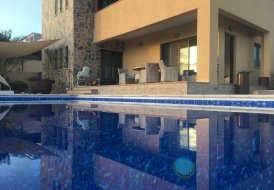 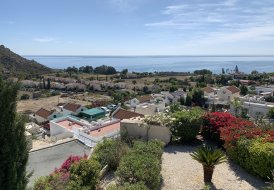 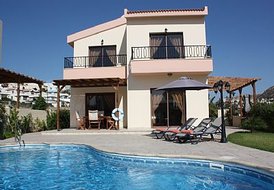 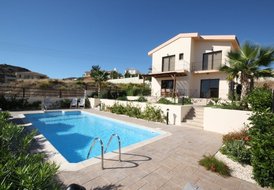 From £700 per week
Sheromyli Villa No. 1
Villa
Sleeps 6, 3 Bedrooms
View all properties in Pissouri
Add to wishlist Added to wishlist