Ski apartment with 1 bedroom and 1 bathroom in Žaborić, Croatia

Apartment to rent in Žaborić, Croatia

House " Sophie" is located in the elite area, very quite of the Zaboric, only 150 meters from the clear sea, It has 6 apartments ( 29 beds ), large common terrace ideal for a relaxing holiday

House "SOFIA APARTMENTS" is located in the elite area, very quite of the Zaboric, only 150 mt. from the clear water, with two moorings.
The house consist of 6 luxury apartments with total 29 beds, may be ideal for groups of friends or families who want to wake up to birds singing.

The house is air conditioned and equipped, with a range of additional services to make your stay as pleasant as the Internet, air conditioning, satellite TV. At guests disposal BBQ, laundry / ironing, private parking. 2 places for the boats. Children can play safely in the courtyard.

What guests appreciate most is its large terrace, comfortable, with BBQ and sea view, where they can spend time together, and children can play safely.

At the entrance of the house is a fig tree that makes the delicious figs, while the terrace is covered by the vineyard that produces the delicious grapes, which we gladly offer our guests.

The beaches are gravel and sand, suitable for children.
In the evening it's possible take long walks promenade which is about 2km.

The grocery store is just 50 meters away and the restaurant, 300 meters.

We organize on request and at an additional transfer to and from the airport of Split, and a boat trip to visit the neighboring islands.

SIBENIK
Sibenik Riviera - located in northern Dalmatia, is one of the most attractive and interesting tourist regions in Croatia. Crystal clear sea, beaches, islands, vineyards, fishing villages and ruins of the city surrounded by medieval walls are just some of the beauties of the Riviera of Sibenik. What makes it particularly special are two pearls of nature - Kornati national park consists of 89 beautiful islands and Krka National Park with its beautiful waterfalls and lakes.
The city of Sibenik is the cultural and administrative center of the Riviera, and there are other attractive destinations such as Vodice, Rogoznica, Primosten, Zaton, Pirovac, Tisno, Tribunj, Srima, Brodarica, Zaboric, Grebastica, ... Sparadic Islands Murter Zlarin, Zirje, Kaprije, Prvic and Kornati with unspoiled nature, rich in Mediterranean vegetation. Thanks to the many islands of the Sibenik Riviera is one of the most attractive destinations for surfers. 13 marine vessels to satisfy even the highest standards. FRAPA Marina Rogoznica is already known for years as the best marina in Croatia.
ATTRACTIONS
The Cathedral of St. James - the most important Renaissance monument in Croatia, whose construction began in 1431. cultural heritage and belongs to the list of UNESCO '. Built in stone, contains more than 70 portraits in its apse. The plaza that surrounds it is one of the most beautiful in Croatia.
• Historical center of the city of Sibenike with many churches, fortresses and walls from the period between the fourteenth and seventeenth centuries that are proclaimed monuments of culture.
• Fortress of St. Michael - from the XV century fortress is situated on a hill 70 meters above the old town, where you have beautiful views of the city and the neighboring islands.
• Museum "Four Wells" - is at the bottom of one of the old city wells that supplied water to the city, now there are organized concerts.
• Fortress of St. Nicholas - is on a small island in the entrance channel to Sibenik, from here you diffendeva the city for centuries.
GASTRONOMY - traditional cuisine of the Riviera of Sibenik resembles the Italian cuisine that you can thank the long domination of Venice on these territories. The characteristics of the cuisine of this region are fresh food, prepared simply seasoned with parsley, garlic, onion and bay leaf. Typical dishes include fried fish, soup, pasta with sea fruits, lamb, etc.., But the most typical dish of the region of Sibenik have cheese and ham. We suggest the red wine "Babic". Very popular are different types of Rakija - lozovaca and travarica, and for desert you ni - prosecco and Marastina. Desserts are traditional cuisine in Sibenik rozata and pancakes. The cuisine can be enjoyed in the island of Murter TicTac restaurant known for its seafood specialties, or in the tavern in the village Saricevi Dvori ethnic Burni near Primosten.
EXCURSIONS - Sibenik Riviera is situated in the center of the Adriatic and has the best starting points for tours. Krka National Park includes the air Vicio Krka Krka Until you can affivare by car or by boat. Beautiful waterfalls lascerano you breathless. Skradin, small town on the banks of the river Krka where mix the sea water and the river. Skradin is the city with 2000 years long history and excellent gastronomic offer. Do not miss the opportunity to make an unforgettable trip by boat to Kornati. The islands are characterized by sparse vegetation, lack of water, the clear water and numerous bays and rocks. Šibenik archipelago offers the chances to visit the island Krapanj - known for sponges, Zlarin island - known for its coral. Nearby are two other national parks - Paklenica National Park, known among mountaineers and Plitvice Lakes National Park. We suggest you visit the falconry center in Dubrava. Falconry is the ability to breed and train hunting birds of prey. Visit Tribunj, a small fishing village two kilometers west from Vodice. Special experience is to visit ethnic village Burnji near Primosten. Brunji is known for safari with donkeys - the animal that is endangered. Do not miss the opportunity to Andara Zrmanja or rafting on the river Cetina. Visit the nearby cities: Split - formed in 1700 years old palace, built by romaneo Diocleciano; Trogir - the city under UNESCO protection, consciuto for lively nights during the summer.
ENTERTAINMENT and night life - visit the International Children's Festival, Sibenik cultural summer nights of Dalmatian songs that have become the summer tradition of the city of Sibenik. In September we organized the Medieval Fair. For those who are in search of fun until the wee hours we recommend the discoteque Aurora in Primosten Hacijenda or disco club in Vodice where you entertain the young people from all parts of the Adriatic.

MICROCLIMATE - the climate of the Riviera of Sibenik is Mediterranean with 2710 hours of sun annually. The temperatures are quite high during the esteate, however, are relieved by maestrallo. The summers are dry, while during the winter there is more rain.
Number of sunny hours per year - 2534.1 h

ZABORIC
Former tiny village not long ago became the largest weekend resort in this area. Zaboric is situated 10km south of Sibenik, not far from Brodarica, towards Primosten, between the Adriartic tourist road and the crystal clear sea. Beautiful natural beaches, sandy and pebbly beaches, clear sea, the archipelago with numerous hidden bays and good transportation connections with Sibenik make it each year more attractice tourist destination. Its inhabitants work mainly in the factories in Sibenik but they still maintain tradition of fishing and agriculture. Lately more inhabitants occupy themselves with the tourism which has made Zaboric in a very short period one of the important tourist resorts with large accomodation capacities.
Hundreds of family houses offer their comfortable rooms to the tourists. The rooms and apartments and the camp sites will satisfy all the needs. The visitors appreciate all the effort the inhabitants put into building new beaches and into the preservation of the environment especially those who prefer the peaceful holiday. For those who prefer various sports, cultural and gastronomic performances, Sibenik, Primosten or other nearby tourist centres can offer a wide range of them.

This apartment does not have any reviews but the owner has 1 review for their other properties.

Outside this apartment in Žaborić, Croatia

This apartment is in a quiet area near the beach. It has a balcony, a barbecue, outside lighting, a sea view and a shared garden. Car hire is recommended as the apartment is less than a 15 minute walk to at least a couple of shops, bars and restaurants; however parking is available if required.
Prices & availability

There is also 1 double sofa bed in In the dining room, 1 cot

Nearby there are many sports: water polo, volleyball, basketball, jet skiing, horseback riding, boat hire and trips, the best fish restaurants, concerts, discos, visits to museums and churches, while children will find much fun in the Hotels " Solaris ".

We are a family with residence in Italy, but in June we move in Croatia, to Zaboric. We are very happy to welcome guests from all over the world.
Always available to guests for what they need. Large open terraces create a homey atmosphere where everyone can socialize together and the children have a greater experience of freedom.

Last seen: a year ago

We are a family with residence in Italy, but in June we move in Croatia, to Zaboric. We are very happy to welcome guests from all over the world.
Always available to guests for what they need. Large open terraces create a homey atmosphere where everyone can socialize together and the children have a greater experience of freedom. 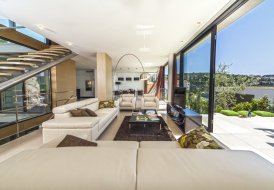 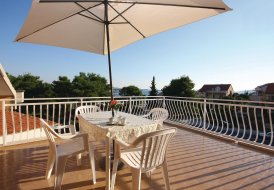 From £220 per week
Apartment Rental In Brodarica
Apartment
Sleeps 4, 2 Bedrooms 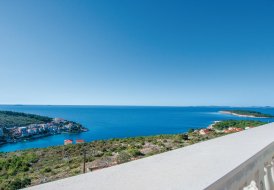 From £150 per week
Primošten Burnji Apartment To Re...
Apartment
Sleeps 3, 1 Bedroom 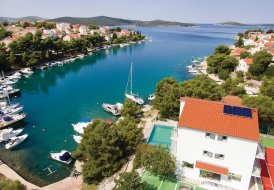 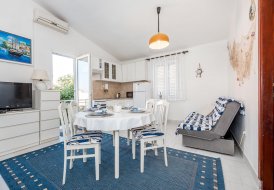 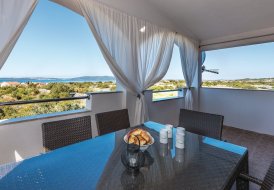 From £438 per week
Apartment In Brodarica
Apartment
Sleeps 7, 3 Bedrooms 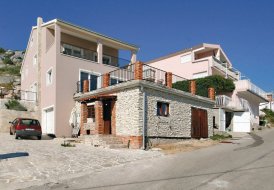 From £230 per week
Holiday Apartment In Primošten B...
Apartment
Sleeps 4, 1 Bedroom 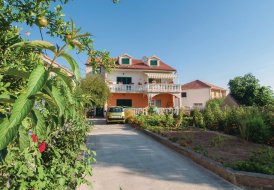 From £320 per week
Apartment Rental In Šibenik
Apartment
Sleeps 6, 2 Bedrooms 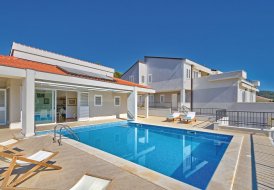 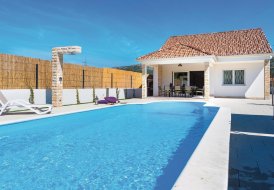 From £972 per week
Holiday Villa In Dubrava Kod Šib...
Villa
Sleeps 8, 3 Bedrooms
View all properties in Dalmatia
Add to wishlist Added to wishlist