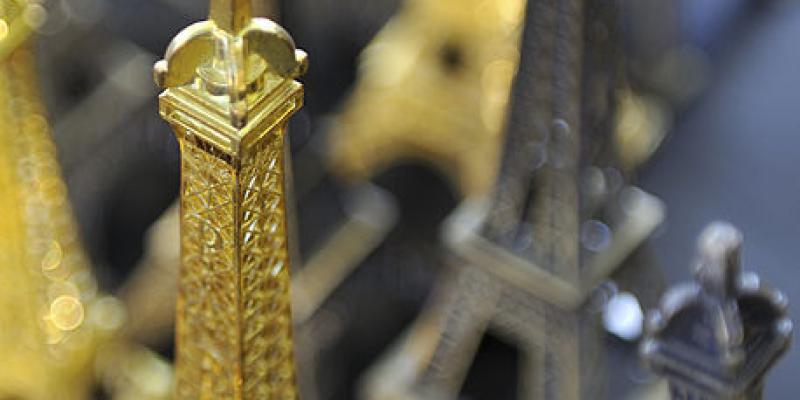 What's the worst holiday souvenir you've ever bought? What items languish at the back of a cupboard somewhere, the ones you've always meant to throw out but can't because they do still remind you of a good holiday, even if you don't want them seen by another human?   We've all done it - overcome by the beauty of an Italian piazza, blissed out by Mediterranean weather or enthralled by the exotic smells of a south-east Asian market - you buy something that seems apt. Yet apt turns to "crapt" by the time you're back under the slate grey skies of Britain. Here's a sample of the best of tat...

1. Boomerangs and/or a didgeridoo

Seems so appropriate doesn't it? The haunting space of the Outback, with its vast distances and harsh climate, all brought alive in your Cheam living room with the addition of these culturally powerful items. Never mind that you bought them in Brisbane. 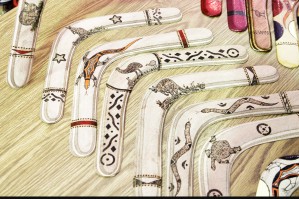 To be fair, event specific T-shirts are ok. Maybe you saw a Delta IV rocket lift off from Cape Canaveral, or went to the World Cup in Brazil? A commemorative garment is fine then. We're talking about joke T-shirts with "witty" words, or Asian beer company logo ones. Not acceptable at all. But at least they generally have the grace to self-destruct after a few washes. 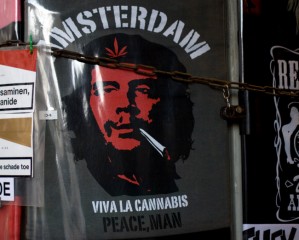 An almost mythical item now from its heyday in the 1970s, as thousands of badly-burned Brits returned from their first package trip to Spain, we're expanding the Straw Donkey category to include Spanish Fans and Flamenco CDs. We love Spain - it's still the most popular UK tourist destination, and deservedly so. Just don't bring back some olive oil that was priced about the same by volume as liquid gold.

Some people actually buy these in Spain. Which offends the Spanish because, well, they're not Mexicans. Yet Mexicans aren't too keen on them either. You'll never wear it either, once you're back in Dudley. Best to just buy one that's already attached to the top of wardrobe, because that's where they end up.

It's a well known fact that the best way to recreate the smell and noise of the souk is to buy a heavy piece of ironware with a flexible pipe attached. Airport security will almost certainly deem such a charming item an offensive weapon, and probably search you for drugs too. Also, don't try to use it when you get home, unless your house really needs a choking fug to disguise bad decor.

A British speciality here, although almost certainly made in Guangdong Province, whose craftsman now occupy the space the Dutch Masters once held in producing royal likenesses. The great thing is, with the admirable fecundity of Kate and Wills. you can keep adding to your collection, dear foreign visitor.

Unless you're a special kind of person, that bottle of Ouzo will lurk at the back of your drinks' cabinet for years. It may well outlive you. Ask a house clearance specialist what kind of alcohol they usually find left in a dead person's home - it will be a bottle of Ouzo. That said, the category Ouzo is a broad one that covers almost any untouched bottle of the local firewater from whatever country you've visited - the blessed Scots whisky aside. 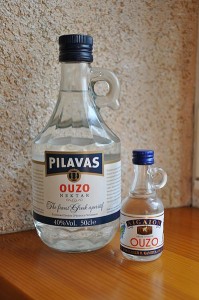 These are a wonderful ceremonial item with spiritual properties. One of these properties is to give British children nightmares when their parents stick them up somewhere after coming back from holiday. It's also likely your unique piece of local culture was produced in a Zimbabwean mask factory, wherever you bought it.

Nothing says you've immersed yourself in the centuries-old civilisation of France, with all its countless artistic and philosophical peaks, like one of these items. Thankfully, they're freely available in Paris. Impress your friends. 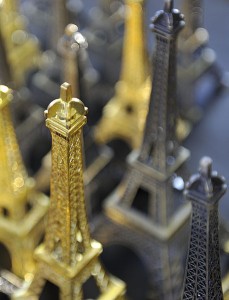 Choose a villa near a souvenir shop, of course...