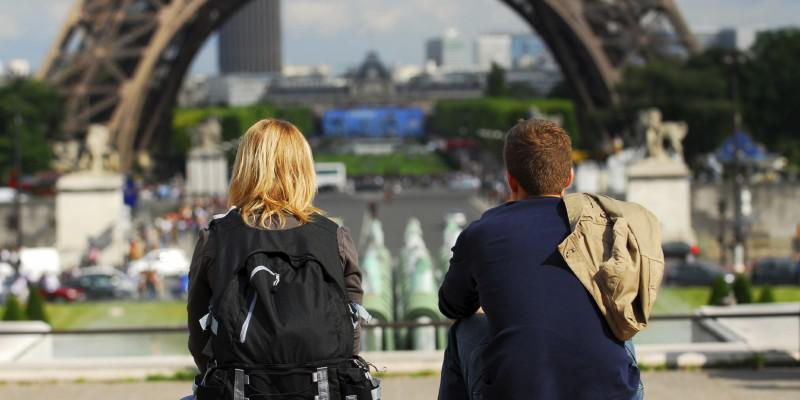 So the tourist season is here, and in the spirit of increasing global understanding, we're all off to inflict our local idiocy on foreign cultures. From bad driving, talking too loudly, drinking too much of the local rocket fuel, to gwalking - the act of walking slowly in busy city centres - we're all guilty. However bad you are though, you'll struggle to match this selection of moronic tourists, better known as 'Tourons'.

The Italians have had it bad recently. Many of their beautiful historic cities are essentially open air museums, so you need to take care of the exhibits. Unlike the two tourons who climbed on the Statue of the Two Hercules for a picture in the northern city of Cremona in early May this year, breaking the crown that sat atop the oval section. Experts are now assessing how to repair the 315 year old monument. The nationality of the offenders is not known. 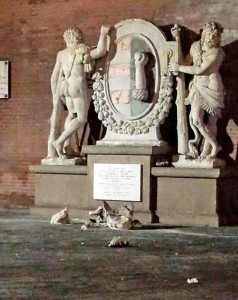 April saw a Japanese woman arrested after she wrote her name and the date on the dome of Florence Cathedral. The 48-year-old woman used eyeliner to commit the vandalism at the religious landmark, which is over 550 years old. Some Japanese believe such acts bring good luck. The Polizia di Stato beg to differ.

And in 2012, an American tourist broke the finger off a 600 year old statue of the Virgin Mary by the sculptor Giovanni d'Ambrogio. The statue was on display at the Museo dell'Opera del Duomo in Florence. The 55-year-old Missouri man was comparing the length of his finger with that of d'Ambrogio's work.

It's not only the Italians who suffer though. A Chinese teenager pretty much brought disgrace on his one billion countrymen in 2013 by writing "Ding Jinhao was here" in Mandarin characters on Egypt's Temple of Luxor. A good Chinese citizen by the name of Shen Yuwen revealed the dirty deed after publishing a photo on China's Weibo network, saying: "I tried to erase this shame by rubbing it off, but my effort was in vain." A 15-year-old boy from Nanjing was then rapidly identified as the culprit. 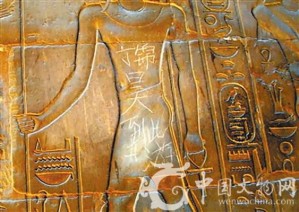 Earlier this year, two American sisters were deported from Cambodia after taking naked snaps of themselves at the country's sacred and revered Angor Watt temple site. Lindsey Adams, 22, and her sister Leslie, 20, from Arizona were found guilty of public exposure and making pornographic images. The two were caught taking photos of their bare buttocks inside the Preah Khan Temple. They are not alone: in January three French tourists were deported for taking nude photos at Angor Watt's Banteay Kdei temple .

Obviously Brits cannot escape accusations of touristic tomfoolery. In 2012, two British visitors broke into a Brisbane theme park and stole a fairy penguin named Dirk after a drunken night out. Welshmen Rhys Owen Jones, 21, and Keri Mules, 20 took the hapless bird from SeaWorld on Queensland's Gold Coast. They woke up with the creature in their apartment the next day, and feeling remorse, put him the shower so he'd be more at home. They later tried to release him into a local canal but were spotted and arrested. The escapade cost them A$1,000 apiece. 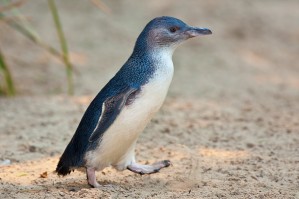 Even the restrained Finns have it in them to be tourons. In 2008 Marko Kulju took it upon himself to try and steal an earlobe from the one of the world-famous moai stone statues on Chile's Easter Islands. Another tourist saw him knock the 1,000 year old earlobe off, which then fell and broke into pieces on the ground. Sheltering at the Finnish embassy in Santiago, he had to pay a fine, and was lucky to get away with only that. "If an ear is cut off, then an ear gets cut," Easter Island Mayor Pedro Edmunds Paoa said at the time. "Eye for eye, tooth for tooth: That would be my form of justice."