We had a chat with Tansy, the proud owner of The Band of Brothers House in Normandy. 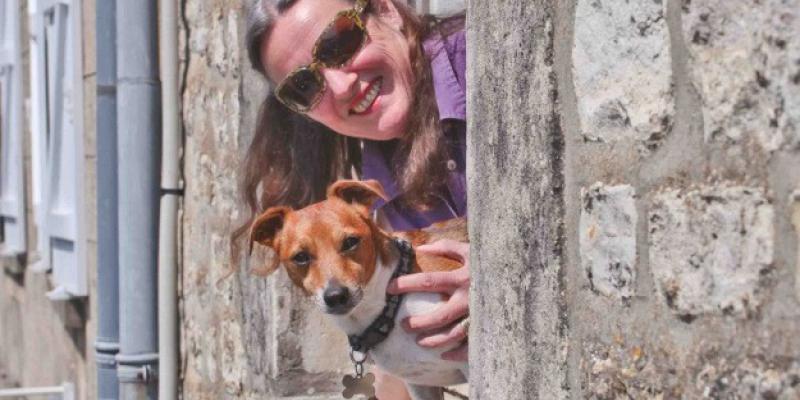 Tansy and Mike own the perfect holiday property for those who enjoy a bit of historical education with their great escape. We caught up with Tansy to hear about their four properties - one special one in particular, The Band of Brothers House. The house is steeped in D-Day history and was named in honour of the 101st Airbourne Division that liberated the village of Sainte-Marie-du-Mont, Normandy. They are very proud of their newly renovated 300 - 400 year old house, and so they should be - it is charming, beautiful, and a credit to all their hard work. 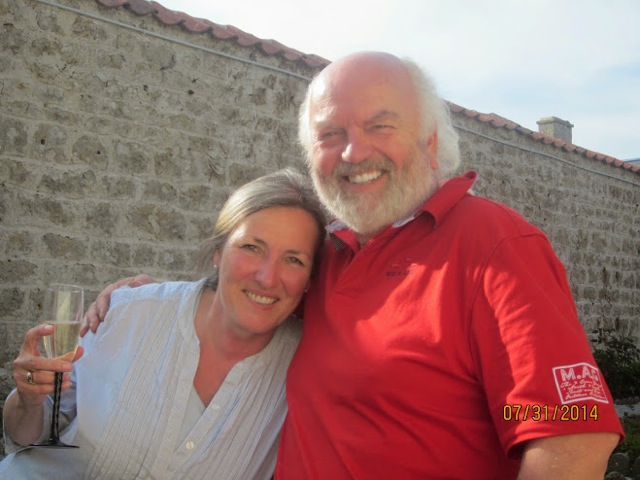 Hi Tansy, tell us a bit about your property and its location.

Set in the heart of the Park National des Marias & Bessin and in the American sector of the D Day Landing beaches we have 4 properties to offer…beach, town or country! We live at the country house site, where our small farm is home to our Llamas, Alpacas and other creatures, and no more than 10 minutes from the other 2 properties. We speak French and English, and live here all-year-round so we are on hand to help in any emergency! My husband and I offer a full concierge service from car hire to restaurant bookings. We have in-depth local knowledge so our guests can ask us for tips and advice on the hidden gems in the area. We have so much on offer - all within a 45 minute to hours drive away - with our beach house actually on Utah Beach with seaviews across to Point du Hoc. We have another property in Sainte-Marie-du-Mont, the 1st village liberated in France on the 6th June 1944, and finally the country option is where we live and is 4 miles in equal distance from Ste Mere Eglise and Carentan made famous by the Band of Brothers series by Stephen Speilburg & Tom Hanks. The Band of Brothers House was purchased by us in March 2014 with work starting on 1st April 2014… Four months later - after totally gutting it and renovating it with complete rewiring, plumbing, dry lining, new kitchen extension, roofing and taming a wilderness out back (that was the garden) - the 2nd August 2014 saw our 1st guests in! Take a look at Tansy's blog here if you want to see the renovation process. 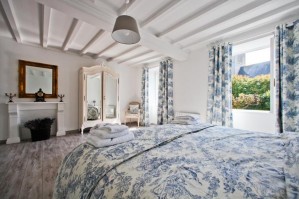 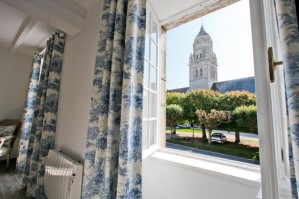 "Sometime in the early hours of the 6th June 1944 , in one of the gardens of the row of the houses you are in, this event took place. A wounded 101st Airborne paratrooper was alone in one of the gardens when a group of German soldiers who were fighting at the rear of the properties came across him and decided to take him with them as a prisoner. He was dragged from garden to garden, was thrown over walls as they were trying to defend themselves from other American paratroopers. At some point they decided that the prisoner was not worth the effort and that they could escape quicker without him. They decided to shoot him. He was already sitting against a wall as the two Germans stood in front of him. He looked at them and knew what their intentions were. He closed his eyes and prayed. He heard them cock their weapons, the next thing he heard was the sound of a Thompson machine gun being fired . When he opened his eyes the two Germans were lying dead on the ground . A paratrooper from the 101st had jumped over the wall and shot the Germans . He kept on his way fighting through the gardens. The injured paratrooper could not believe his luck . He never found out who it was that had saved his life. He was found by Medics , taken to Utah Beach and shipped back to England for medical care and survived his wounds." 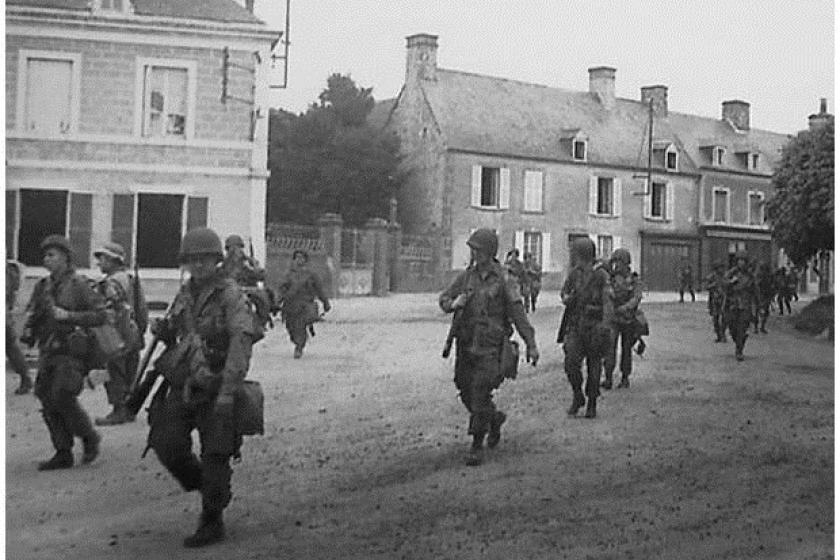 Why do you love the area?

This part of Normandy is a hidden secret. We are in the heart of what they call the Marais - which in the summer has cattle & horses peacefully grazing on the lush meadows lush. In the winter months we have the huge skies all reflected in the flooding, with migratory birds passing through... I love it! There is always some excitement involved with getting the horses & cattle off the Marais to dry land. Many a time we’ve witnessed cows almost up to their chests in water refusing to budge because they know it’s time to go indoors for the winter, farmers in boats or on horseback, even as many as 5 men on quadbikes trying to round them up! We have beautiful unspoilt fishing ports where you can buy fish direct off the trawlers, stone-built villages and towns, including Bayeux and Mont St Michel which is an hour and 15 minutes away and is breath taking. There is cider & calvados to taste, produced locally, and the dairy products are the best in the world. Then there are the sweet factories that produce toffees & other sweets with the local creme fraiche.  Cherbourg has an umbrella factory & was the Titanic’s last port of call. Villedieu des Poeles is the copper town where they cast bells for churches &  cathedrals all over the world. Finally, horse breeding and training is huge here in Normandy with the main stud farms of France locally… there is so much to see & do here you will never be stuck for something to do, and that's why we love it!

Who would you recommend this property to?

Three of our properties are geared up for couples only, with the beach house for families. Because of our northern location, you don’t come to Normandy for the weather, (but saying that we are a good 2℃ warmer than the UK!). We attract couples that want to escape from busy lives, explore, sightsee and learn more about what happened here during the invasion on 6th June 1944. The Band of Brothers House is located in the heart of the village with restaurants in the same terrace, has 2 bedrooms and is perfect for either a couple on their own, 2 couples travelling together or a small family with children - we just asked that they must be over 9 years of age! 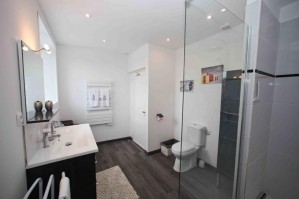 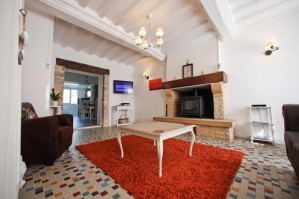 Talk us through your routine for making sure your property is perfect for your guests when they arrive.

The whole house is cleaned from top to bottom. The fridge is cleaned out, all the bins checked & washed, beds are stripped and changed, towels (which I have embroidered individually) are folded and placed on the made up beds, fresh dressing gowns are hung in the rooms, tea towels and hand towels are replaced, floors are washed, light bulbs checked, wifi connection checked, then finally I water the garden and cut the lawn.

Finally, give us a recommendation for your favourite local restaurant.

We love the John Steele Restaurant in Ste Mere Eglise, which is the restaurant named after the 101st parachutist played by the actor Red Buttons in the war film, The Longest Day… the real person came back to France and married a local girl and they ran this Auberge - now run by a husband and wife team, it serves wonderful food!

View all our villas in Normandy