Valentines Day Traditions From Around The World 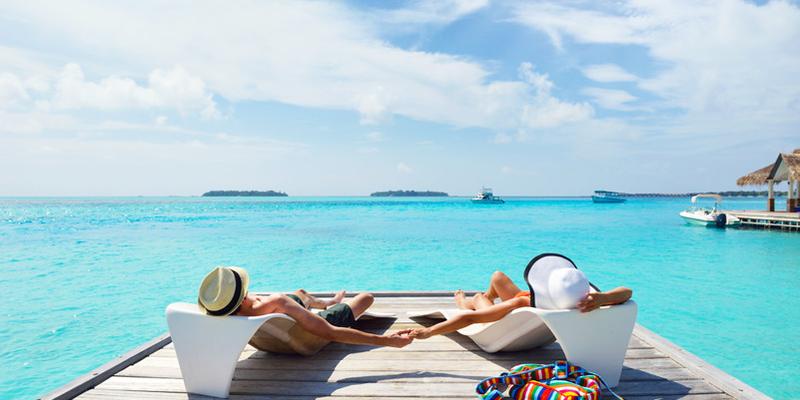 February 14th marks an annual celebration of love, a day of romantic gestures that often sees an exchange of gifts, flowers and chocolates. The festival has been celebrated in Britain for many years, but over time, cultures from all around the world have adopted the tradition, developing new and interesting spins on the day of love. Here are our favourite Valentines Day traditions from around the world...

Considered to be one of the most romantic countries in the world, France is bound to charm the socks of any couple who visits. As far as Valentines day goes, the French follow the most popular modern traditions of sharing flowers and chocolates with their significant others. The day did however hold an old tradition that is now banned in France, called 'une loterie d'amour' which translates to 'drawing for love'. The dated custom would see singletons of all ages entering two separate houses that faced each other, one for men and the other for women, calling out to people they found attractive hoping to match up! See our villas in France...

In Scotland, it is commonplace to send your personalised Valentines day cards anonymously. Everyday people would wait eagerly for the mailman, in hope for a red card decorated in words and scribbles, guessing who it was from. There are also many games played on the day, with a popular one seeing an equal number of men and women writing their names on a piece of paper which is then folded and placed in a hat, one for women and one for men. Once the names are chosen, the two matches are intended to spend the rest of the party together!

Whilst the tradition of Valentines day hasn't been celebrated in India for long, recent years have seen the festival of love embraced by the country. Especially amongst the younger generation, Valentines is appreciated for its representation of love and the notions behind the special day. Now, cards, flowers and hand-made gifts are exchanged between loved ones.

Catalonia offers a nice little twist on the tradition of Valentines Day, with the festival being titled El Dia de la Rosa (The Day of the Rose), or El Dia del Llibre (The Day of the Book). The day is celebrated in April however, and sees an exchange of roses and a book, hence the saying "A rose for love and a book forever". For most of Spain however, the day is celebrated like most countries with a variety of cards, gifts and flowers exchanged and restaurants and shop windows decorated in the theme of love. See our villas in Spain...

Remaining one of the most popular festivals of the year, Valentines day has become heavily commercialised with the US. Estimated as the biggest card and gift giving holiday of the year, Valentines sees a huge number of businesses embracing the theme of love, decorating their walls and windows in deep red. With films even being based on the special day, it isn't a far cry to suggest that the Americans are the best representatives of the festival of love!

Well-known as holding one of the most extreme Valentines Day traditions in the world, the Philippines is home to an incredible number of wedding celebrations on the day! Hundreds of couples in large, open spaces across the country get married, with 4,000 closing the deal in 2013. Does any Valentines tradition get a extreme as that!?

Traditionally the young and amorous Italians would spend their Valentines Day outside in the gardens, enjoying music and poetry that resemble the theme of love. Nowadays in Italy, they tend to follow the common traditions of dates and gift giving, laying waste to the old belief that the first man a woman saw on Valentines Day would be the man they would eventually marry! See our villas in Italy...

Differing slightly from the traditions we hold here in Britain, in South Korea it is up to women to shower their men with flowers and chocolates on Valentines Day! Not to worry though, as March 14th, labelled as 'White Day' is dedicated to women, with the men providing gifts as well as sweets and flowers to their loved one. They even have a day called Black Day, for singletons to mourn their solace... sounds lovely!

Experience a different kind of Valentines this year!