The Best Places To Eat and Drink in Barcelona

When you arrive on holiday somewhere new, there's nothing like asking the locals where the best places are to eat and drink. It's often that one hidden bar or restaurant that can make your time in a new place even more special. The dining scene in Barcelona is second to none, featuring some of the finest Spanish cuisine in the world. We spoke to local and travel enthusiast Andreas Olsson for his recommendations on where to enjoy the best food and drink in Barcelona.

When in Barcelona, you must try the tapas. Tapas are a variety of small plates, snacks and appetisers which is traditional to Spanish culture, which is typically eaten as a snack at a social gathering. Alternatively, you can order more and more to amount to a full-blown meal! Tapas range to include hot and cold dishes and is always delicious.

You can get tapas anywhere in Barcelona, and going tapas hopping is a nice way to get to know the city, one small dish at the time. If you find yourself in the area of Sagrada Familia, start at Cal Pep (named after the owner, not a certain football coach) who, with their beautiful quality of tapas sets a high standard! Tapa Madre on Carrer de Mallorca is also another great restaurant to try.

Being a coastal city, seafood is another Barcelonian speciality you should indulge in during your stay in the Catalan capital. It also gives you a reason to visit Barceloneta, the fishermen´s quarter, a less touristy part of town, where traditional Spanish cosmopolitan culture is still seen manifest. Try out Restaurante Barceloneta, or La Bombeta for some traditionally prepared seafood.

Whilst Spanish cuisine is perhaps not quite as vegan/vegetarian-friendly as bigger cities such as Los Angeles or London, there is no need for people on a plant-based diet to shun the city. There are some great alternatives, especially you like to indulge on vacation! Your quest for the perfect veggie burger stops at Gopal, a lovely little deli in Barri Gothic with 13 different burgers to choose from, whilst The Dog is Hot in Vila de Gracia serves great vegan hot dogs in addition to their regular menu.

Local wines tend to be very cheap in Barcelona, even in bars. So there is no reason not to complement your meal with a nice bottle of local grapes! If you want to be a little more ambitious, you can visit Monvinic, the largest wine bar in the city. They serve thousands of different wines! You can also check out Bar Nostalgic in Sant Antoni, with a nice collection of Catalonian wines.

The signature drink of the city is the mojito. The Cuban cocktail has found itself a home here, suggesting that Barcelona is one of those places that is sometimes more of a city of the world than merely Spanish or Catalan. Decent mojitos are to be found everywhere in this vibrant city. I personally recommend Cactus Bar and Lupara. After a few, possessed by the mojito-spirit, you will be ready to take over any latin dancefloor with deluded confidence! 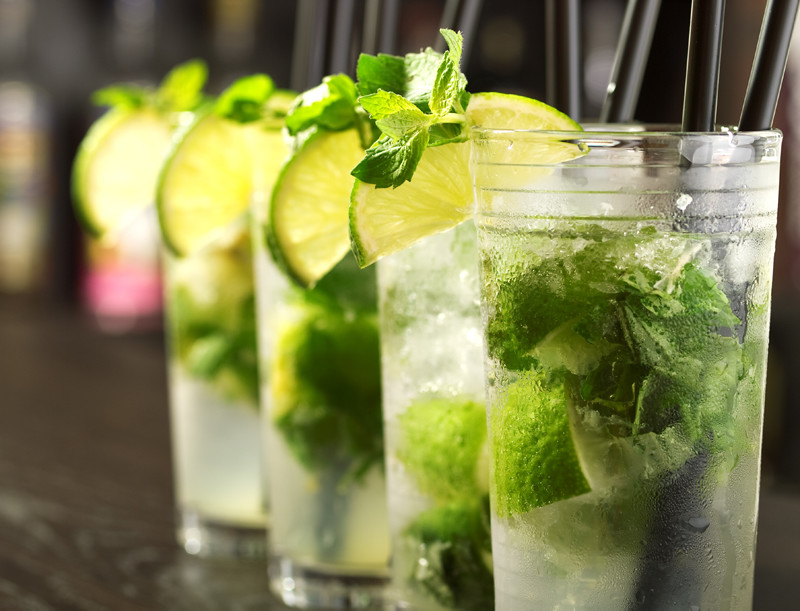 The craft beer culture is on the rise in the Mediterranean Metropol. Craft beer tastes much better than mass produced beer and if you haven't tried it, Barcelona is the perfect place in which to do so! Homo Sibaris and La Cerveteca are two craft beer pioneers in Barcelona.

Have you been to Barcelona? Add to our list and tell us your favourite places to eat and drink in the comments below!

Click here to see our collection of apartments in Barcelona.