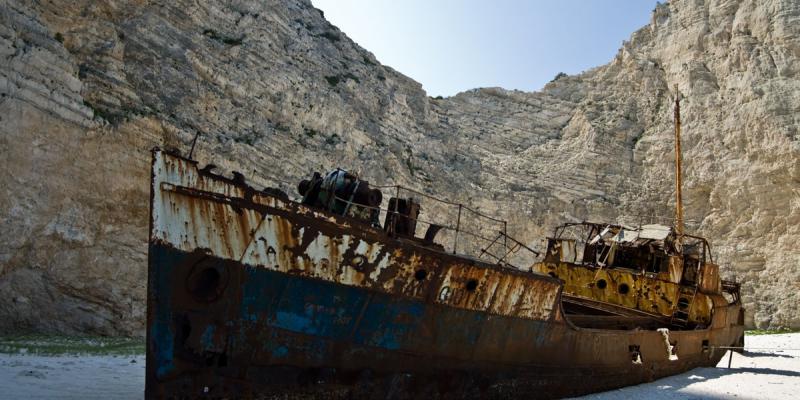 Wreck diving is now extremely popular, yet completely sunken ships can't quite match the romantic spookiness of those wrecked or just abandoned by the shore.

The 4,000 ton cruise ship hit an uncharted reef in the Solomon Island's Sandfly Passage area in April 2000. The vessel began to list and, after evacuating the passengers, the captain managed to get the limping ship into Roderick Bay, finally grounding it. And there it remains to this day at an angle of 46 degrees. 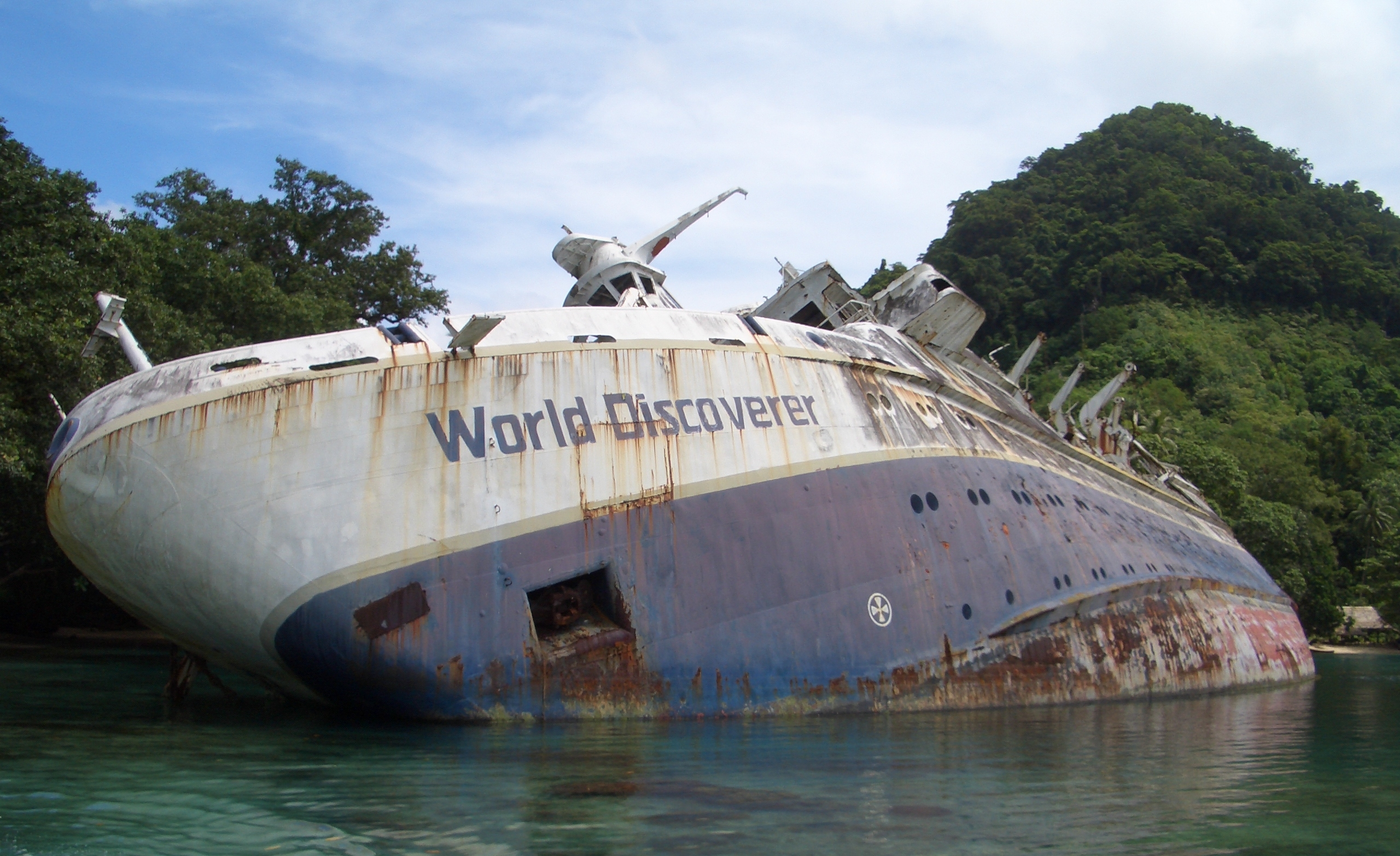 The first and second Battles of Narvik in the early part Second World War saw both British and German warships meet their violent ends in the cold Norwegian waters. The Kreigsmarine came off worst though, and a testament to that is the remains of the German destroyer Georg Thiele. Severely damaged by Royal Navy gunfire, she was beached and abandoned on the Rombaksfjorden - the easternmost branch of the Narvik Fjord. 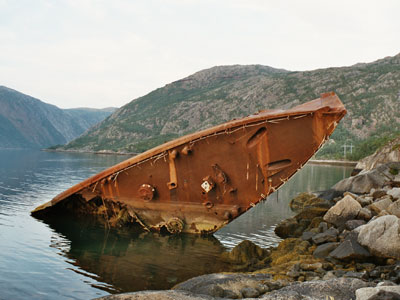 The wreck of the Irish Trader sounds like it should be a ballad. It's a poetic sight in reality for sure. Run aground in 1974 after being hit by violent storms in the Irish Sea, she sits on the beach at Beltray in County Louth, bit by tiny bit returning to the seas she once voyaged. 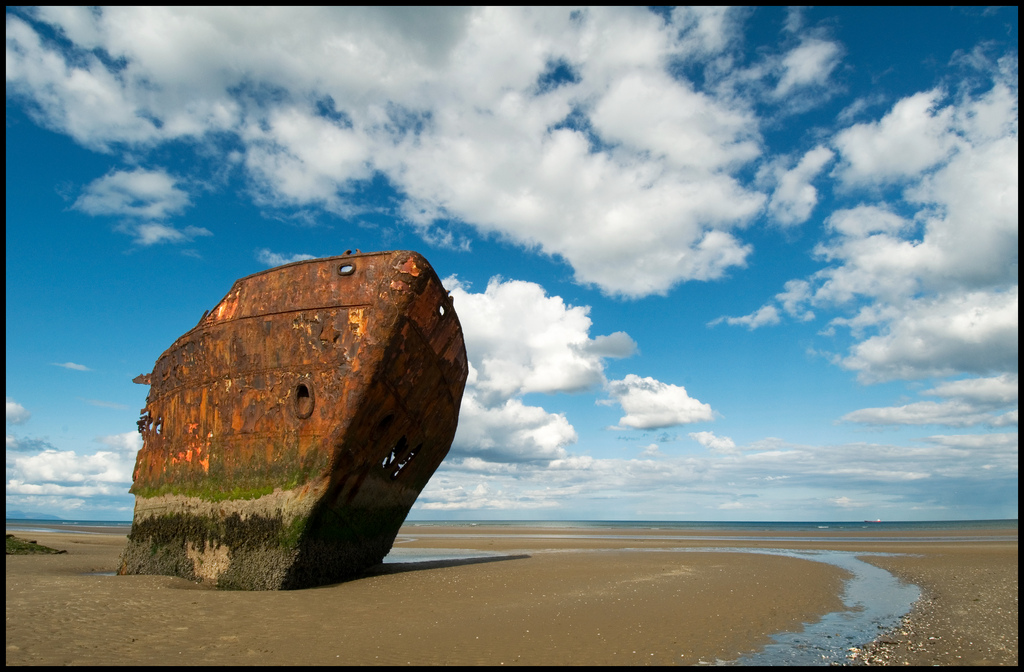 The Panagiotis might be a rusting hull now, but she came to grief in spectacular fashion - being chased by the Greek Navy with a cargo of contraband booze and cigarettes. Launched as a freighter in Glasgow in 1937, she wasn't always involved a life of crime but apparently ended up working for the Italian mafia. Beached and abandoned by her crew, now she lies a cove on the coast of Zakynthos, one of Greece's Ionian Islands. 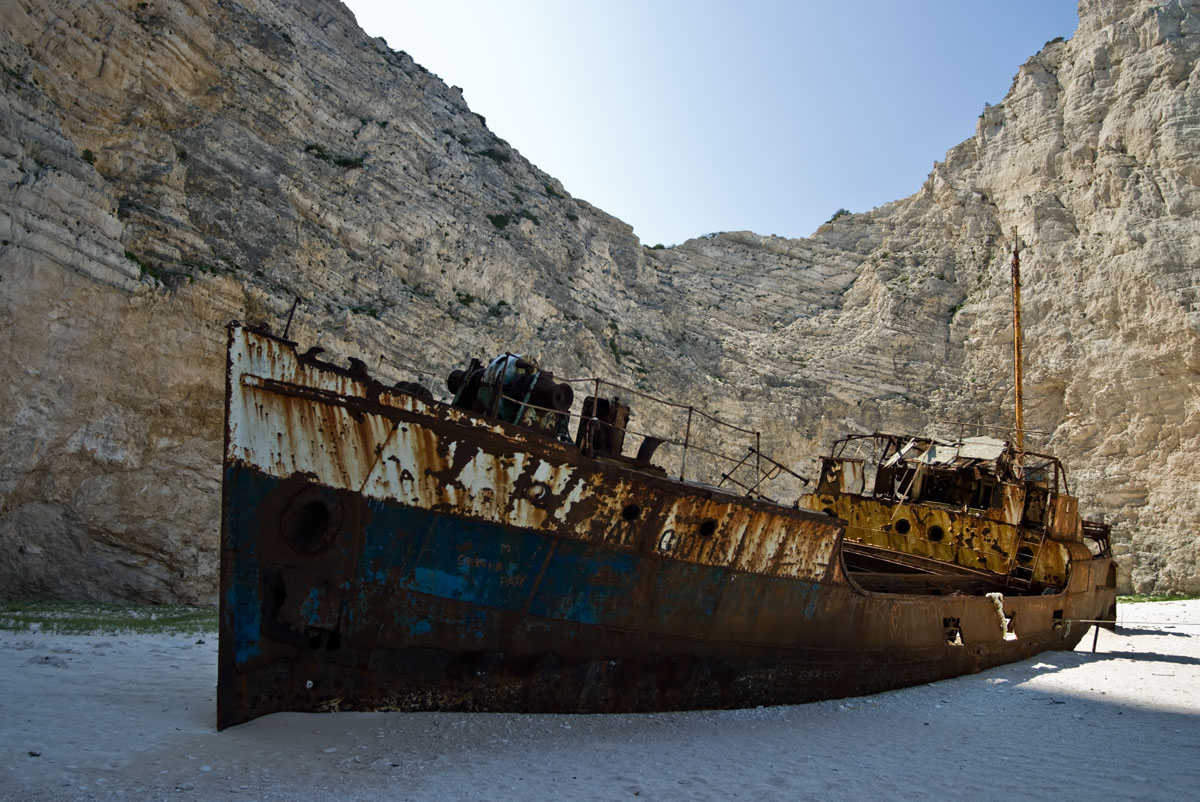 The SS Maheno was actually being towed to shipbreakers in Japan when she broke free of her lines like a disobedient prisoner. Built in 1905, the 5,000-ton vessel worked as a liner between Australia and New Zealand and served as a hospital ship in the First World War. She was sold for scrap in 1935, but her towline broke in a storm. So now she rests on the shores of Australia's Fraser Island. 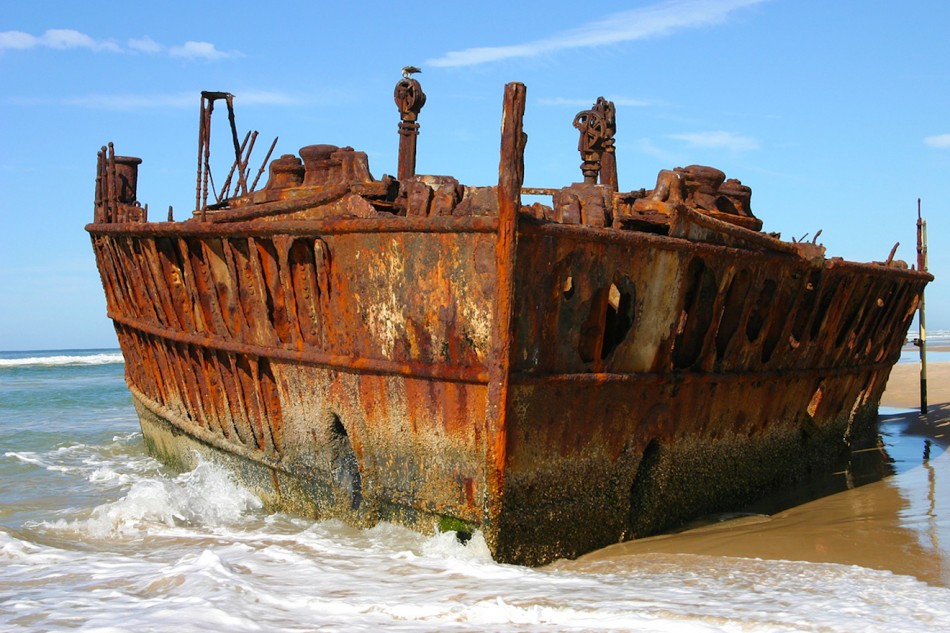 Running around in a hurricane near Bimini in the Bahamas in 1926, the SS Sapona was a cargo ship with a hull of concrete, ordered by the US in the First World War to save on precious steel. Before she was wrecked, the Sapona served as an oil tanker and a casino, then as an alcohol warehouse during the US prohibition period. After she came to grief, she was used for a while as a bombing target by the American air force. 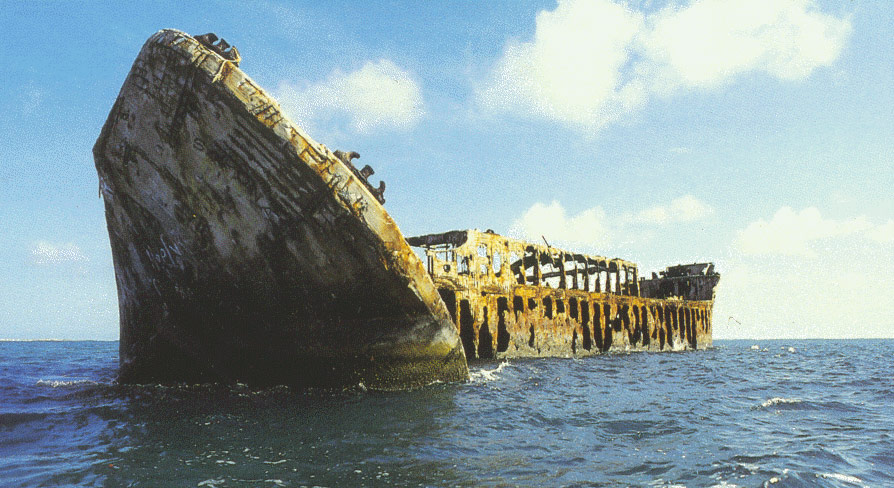 Not strictly a wreck, but too beautiful and odd not to mention, is the SS Ayrfield in Homebush Bay, New South Wales. The Bay was for a period a shipbreaking area, and a number of vessels came to rest there - among them the Ayrfield, a 1,140-ton Collier, originally built in 1911. Her hull is now located near the mouth of Haslams Creek with the bow pointing towards the shore, where it has been reclaimed by the local mangrove forest. 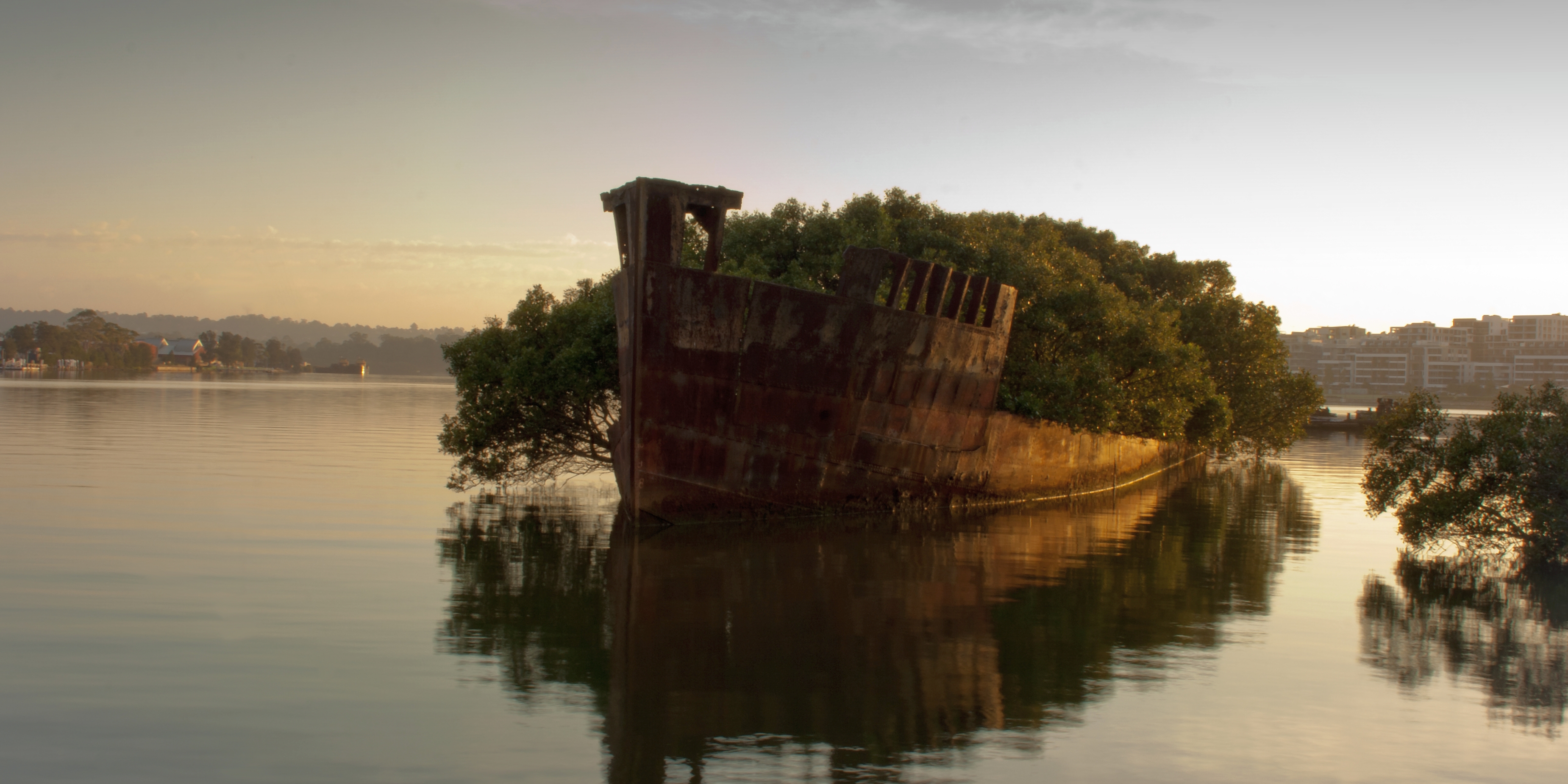 Choose one of our villas as a base from which to explore.