Fear of Flying? These animals are here to help! 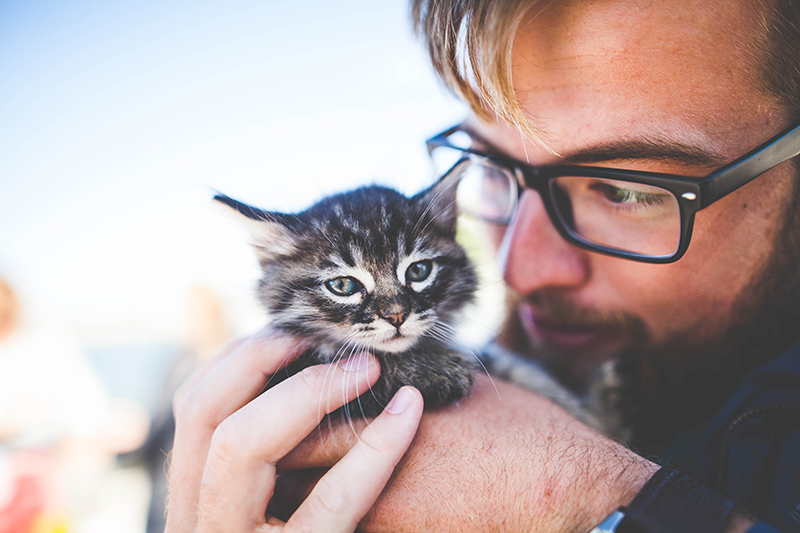 Fear of flying is something that many of us suffer from. The idea of being thousands of miles in the air in a compact, metal airplane is enough to make the blood run cold. It’s no wonder many people try to calm their nerves with a stiff drink, or adopt harsh breathing exercises before they board the plane for take-off. But many airports have decided to adopt a far more innovative way to relax people before their flight, by introducing some furry friends in airports and on flights to help calm the nerves of passengers.

The psychological benefits of animals isn’t a new phenomenon, studies have shown that interaction with an animal has a huge part to play in the reduction of stress, and that’s the main reason Cincinnati airport have hired an unusual pair of staff members, two miniature horses named Ruby and Denver, from the Seven Oaks farm in Ohio. Both visit the check-in area of the airport twice a month and have been trained to deal with the crowded and hectic environment of an airport.

“It's just to ease anxiety levels, put smiles on faces,” says airport official, Wendi Orlando. “Clearly that's working. When you look at the passengers walking by, it just never gets old. They love seeing the horses.”

But it’s not just horses, many American airlines accept therapy animals on flights, to help those with a particularly heightened fear of flying. More than 30 airports across the country accept dogs onto flights, while San Francisco airport have introduced LiLou the first therapy pig. One woman even took her duck, Daniel Turducken Stinkerbut, on two flights across the United States and the list continues with turkeys, lizards and even a kangaroo, calming their owners as they fly.

Do you have an animal you would take on a flight with you? Let us know by commenting below.