Christmas Celebrations Around The World 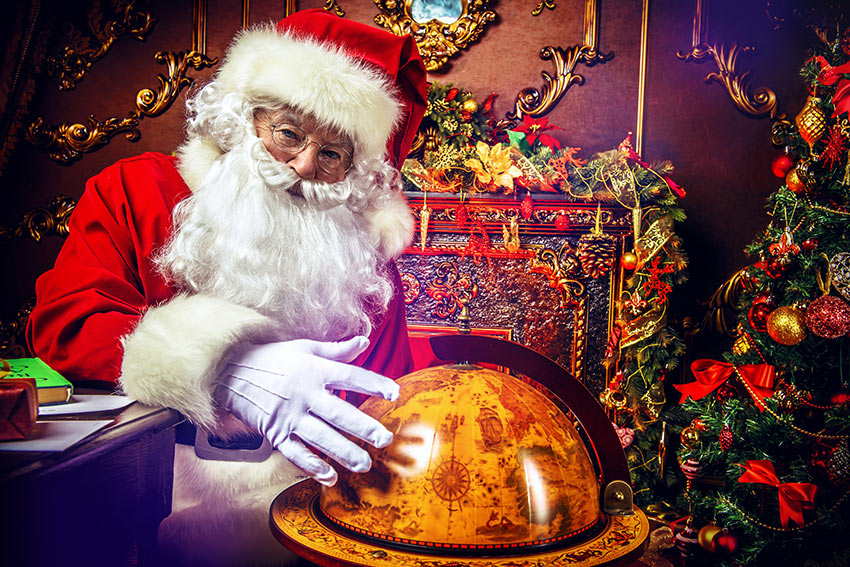 Christmas in the UK is a time for family and gift giving, but how do those around the world celebrate this festive occasion? From Nativity scenes to egg nogg and parades to pumpkin pie, every country has it's own unique traditions. Here are just a few Christmas customs we should all experience at least once in our lives.

Christmas in Spain is slightly different. Most people eat their Christmas Dinner on Christmas Eve, traditionally turkey stuffed with truffles, and then go to Midnight Mass or 'La Misa Del Gallo' (The Mass of the Rooster). It is called this because a rooster is supposed to have crowed the night that Jesus was born! After the service, people walk through the streets carrying torches, playing guitars, tambourines and singing. Perhaps the most common Spanish saying on Christmas Eve is 'Esta noche es Noche-Buena, Y no Es noche de dormir.' This means 'Tonight is the good night and it is not meant for sleeping!'

The chances of a white Christmas in Turkey are very slim. But it does offer the next best thing! Pamukkale, also known as 'Cotton Castle' is a naturally formed hot spring whose waters has formed cascades of minerals. People have enjoyed bathing in the warm waters for thousands of years and despite it's temperature we think it looks like something of a Winter Wonderland!

One of the most important traditions of Christmas in Italy is the Nativity crib scene and therefore a lot of Italian families have a Nativity scene in their homes. Another Italian custom is that children will go out Carol singing with shepherds pipes, wearing shepherds sandals and hats! Also, as opposed to our Turkey dinner, many Italian families enjoy a Christmas Eve meal of different fish dishes. This has now become something of a tradition and it better known as The Feast of the Seven Fishes!

In Portugal, Father Christmas, known as 'Pai Natal', is believed to bring presents to children on Christmas Eve, rather than Christmas Day and are often left in shoes by the fireplace. Some Portuguese also say that the presents are brought by the Baby Jesus, rather than Father Christmas. Like in Spain, the traditional Christmas meal in Portugal, 'Consoada', is eaten on Christmas Eve and consists of fish. The menu finishes with traditional Portuguese Christmas cake called 'Bolo Rei' ('King Cake') which sits proudly in the middle of the table throughout the meal.

Christmas is a little different on the other side of the pond! Christmas is better known as 'Crimbo', Father Christmas is more commonly called  'Santa' and instead of Lapland, is believed to live in the North Pole with his wife 'Mrs Claus'. Turkey is more commonly eaten at Thanksgiving and on Christmas Day, many families in the USA will enjoy ham or roast beef. Pudding will often involve the likes of  pumpkin pie, apple pie, pecan pie, or even sweet potato pie, rather than the Christmas pudding and brandy butter that we know in the UK. Egg Nogg is also hugely popular and we are now starting to see even more of this festive delight on the menu over here!

Although most of Sri Lanaka is mainly Buddhist, people still come together and celebrate the festive period. However, the celebrations begin a little earlier in Sri Lanka, as people let off fire crackers on December 1st. Christmas day is a national holiday and many people attend church services, particularly midnight mass on Christmas Eve. Although like many countries around the world shopping centres are reknowned for Christmas trees and festive decorations, and if you wanted a traditional turkey meal look no further than many of the larger hotels.

Where are you spending your Christmas this year?  Wherever it is we hope your day is full of Christmas cheer!