Books & Beaches: Rome and ‘Angels and Demons’ by Dan Brown

by Nakita Mason | Updated 27 February 2019 | Posted in Italy, Books On The Beach

When it comes to a good holiday read, most of like something at the nice midway point of not hugely taxing, but not spoon-fed to us either. The kind of book you can still grasp and comprehend even after a generous G&T.

Well, today’s book, set in wonderful Rome, is just such a book. Full of twists, turns and a whole heap of mystery. 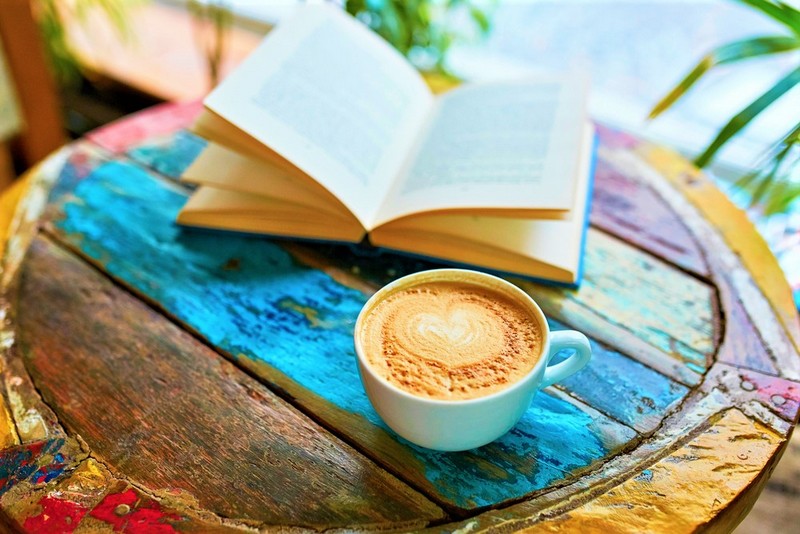 Before we take the tour of Angels and Demons, let’s give you a quick rundown of this great novel. Published way back in May of 2000, this is the novel where we first meet Symbologist Robert Langdon, a character who goes on to be in four other Brown novels.

Langdon, a writer, and lecturer finds himself dragged into a murder case that begins when authorities want him to analyse a strange symbol emblazoned on the torso of a dead physicist. Through more research, Langdon discovers compelling evidence that an ancient group has resurfaced to take on the Catholic Church: The Illuminati.

This inkling soon rings true when a self-confessed member of the Illuminati declares there’s a bomb which cannot be stopped in Vatican City.

Never one to shy away from a good old-fashioned hero moment, Langdon heads to Rome, teaming up with Vittoria Vetra, an Italian scientist, and together they set off through catacombs and crypts and cathedrals to beat the clock. 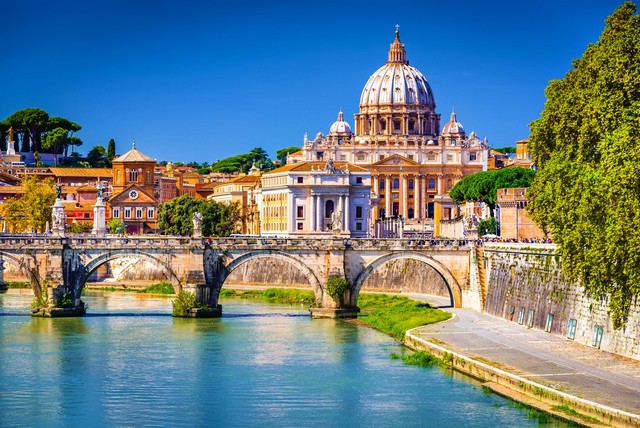 Taking a tour of Rome while reading Angels and Demons is one of the most immersive things you can do and let’s face it, Rome is just wonderful all on its own. So, with that in mind, let’s list some of the brilliant backdrops you can visit from the novel. enjoy! 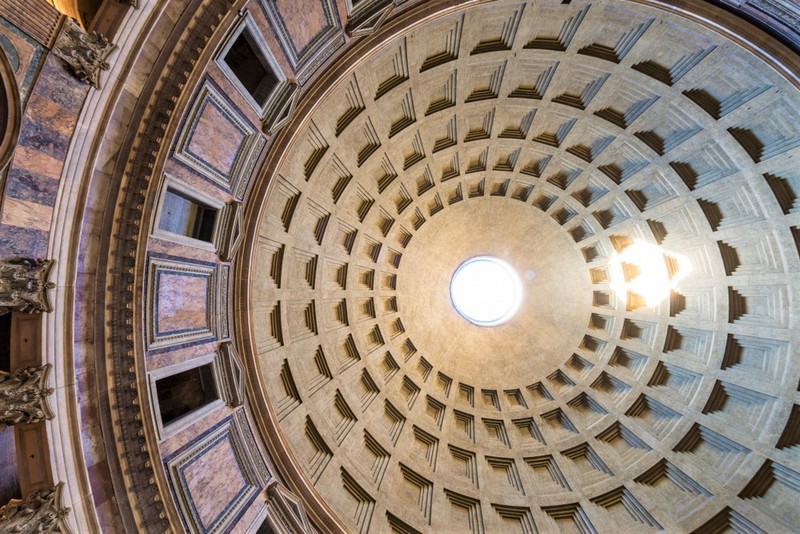 In the novel, the Pantheon is the first stop Langdon and Vetra make and it also turns out to be a mistakenly read clue on Langdon’s part.

The structure itself has been standing since approximately 125 A.D and its most iconic feature (and the one that Langdon misunderstands) is the Oculus, a hole in the middle of the dome which served as a rudimentary chimney for religious ceremonial fires.

Its name roughly translates to ‘all the Gods’ and alludes to the seven Gods ancient Rome once recognized but was later reimagined as a Christian church.

It’s a beautiful piece of architecture and free to enter, so we strongly recommend visiting the novel’s red herring. 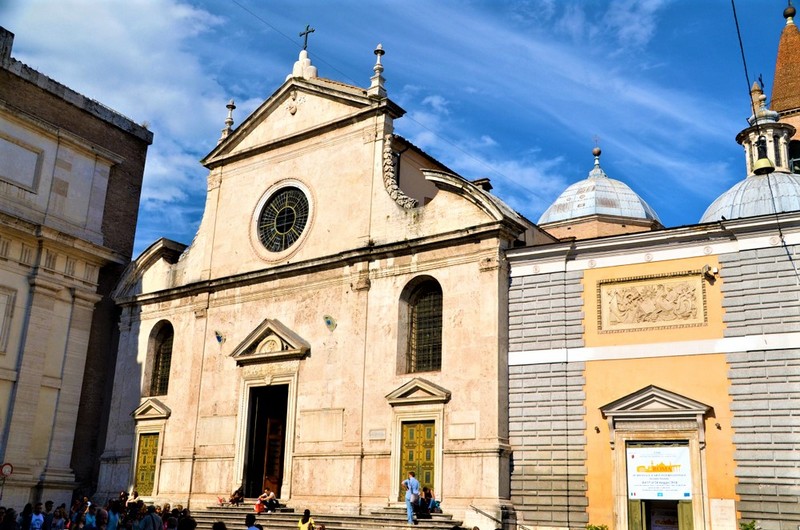 Inside this wonderful church is the Chigi Chapel and the next backdrop for the protagonist of Angels and Demons to stumble upon yet more intriguing clues, spurred on by viewing Bernini’s famous creation, Habakkuk and the Angel.

The chapel itself is a rare example of Raphael’s religious work which is still almost in its near-original form. Littered with Renaissance and Baroque artwork and a stunning piece of architecture, this is yet another location you must see regardless whether you’re a fan of the book or not. 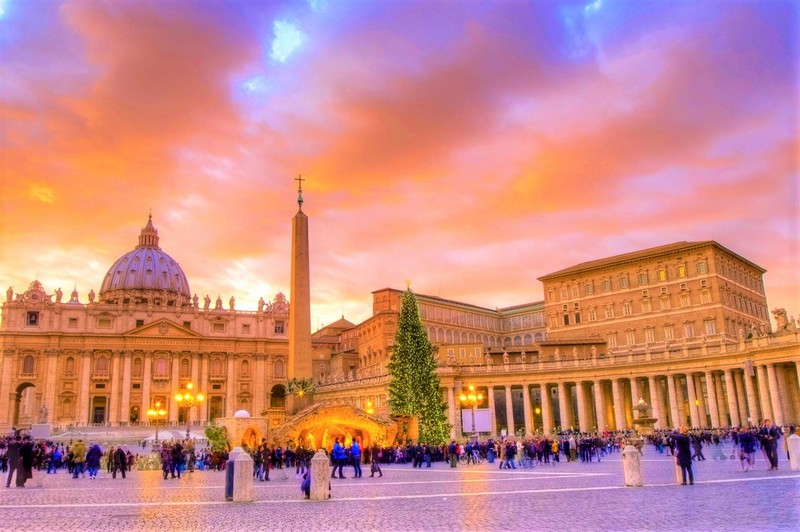 This is the location in the book where the cardinal with the AIR ambigram is discovered, further upping the stakes and propelling Langdon forward.

The square is a marvel to look at, flaunting over 100 state statues above columns, creations that were made in 1670 by disciples of Bernini. Then, of course, there’s also the two beautiful fountains, Maderno Fountain and Bernini Fountain, both astonishing feats of architecture and very much worth visiting.

But for now, we must continue to walk where angels fear to tread… 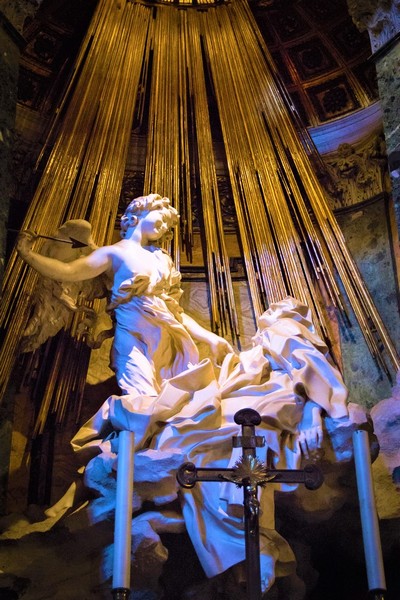 Built in the 17th century this beautiful church holds the famous ‘Ecstasy of St. Teresa’, which Langdon in the novel terms as the ‘Third Altar of Science: Fire’. One of the more controversial pieces of art, with blatant sexual symbolism, it’s an amazing sculpture to look on with your own eyes and one of Bernini’s most powerful pieces. That being said, it is by no means the only thing to see. Cast your eyes around and you’ll be met with a plethora of ceiling murals and marble angels, all stunning and all well worth the visit. 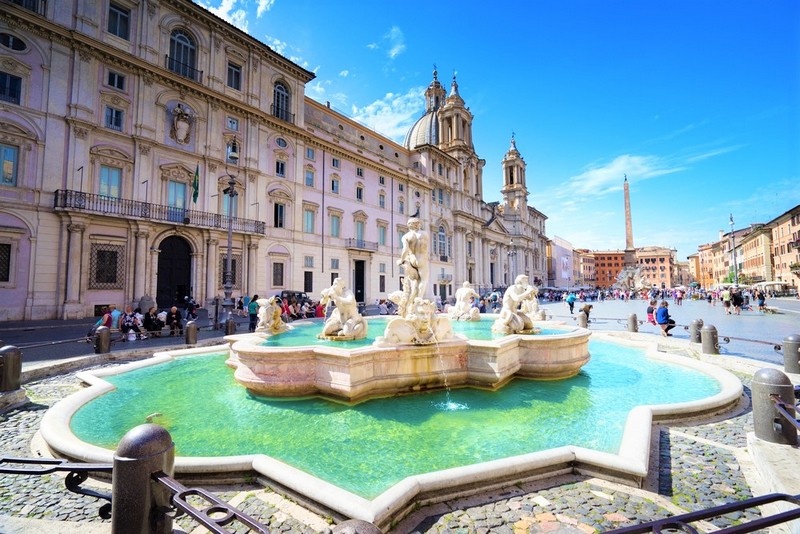 The novel’s suspense really kicks in here, with Langdon getting into quite the scuffle with one of the antagonists and then finding a clue to the mysterious Illuminati Lair…

But let’s not rush off too soon. If you wander around this amazing square you’ll be treated to three gloriously intricate fountains; Fontana dei Quattro Fiumi, Fontana del Moro and Fontana di Nettuno.

It’s the former which plays a key role in the novel and loosely translates to the ‘Fountain of Four Rivers’. It’s a beautiful fountain that depicts four men, each representing key rivers; the Danube in Europe, the Plate in America, the Nile in Africa and the Ganges in Asia. 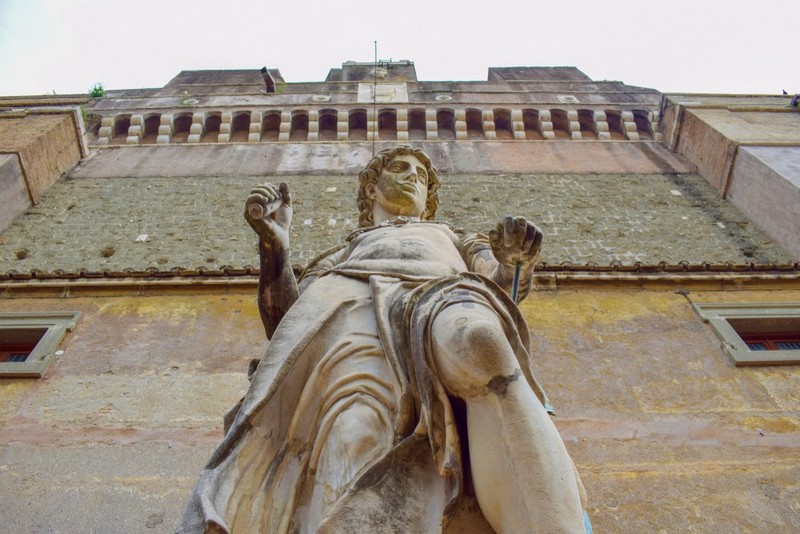 And it is here that the flabbergasted Langdon discovers the Illuminati Lair, a legendary place that is connected to the Vatican via the Ill Passetto passage.

Castel St. Angelo church sits on the edge of the Piazza Navona square and is a 17th-century Baroque church which is yet another incredible window to the past and full of beautiful artworks including ‘The Two Holy Families’ and ‘Death of Saint Cecilia’. 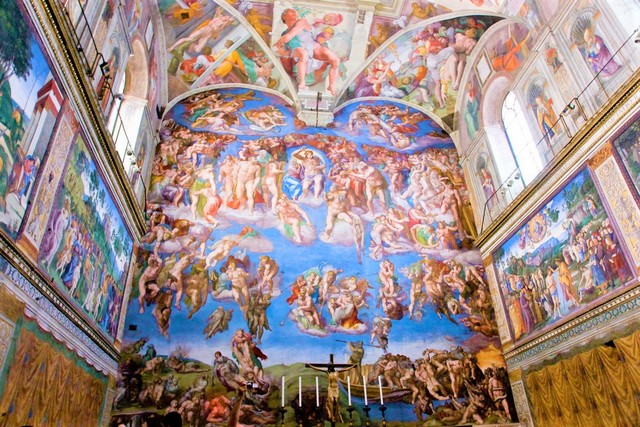 Possibly one of the most memorable and well-known backdrops to the story, the Sistine Chapel is, of course, one of the most beautiful structures of Rome, with many wonderful pieces inside to see.  Some of the most iconic sights within are The Life of Moses and The Life of Christ paintings, and of course, the famous Renaissance ceiling, painted by Michelangelo between 1508 and 1512.

The history of the Sistine Chapel is long and intriguing, but we have little time because the game’s afoot and we have one last stop with Langdon to make… 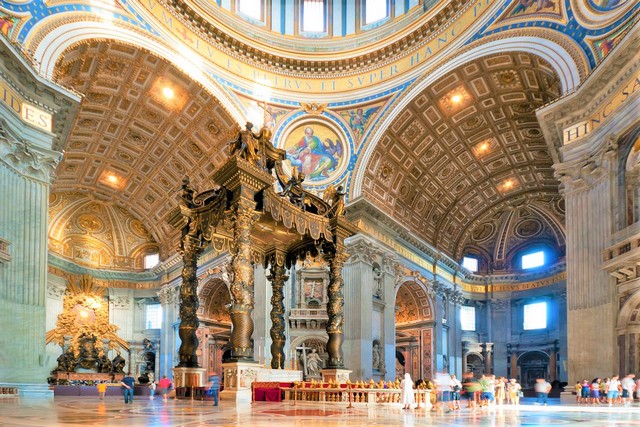 What a place. It’s allegedly where the tomb of St. Peter, the first Pope rests and it’s also where, in Angels and Demons, the anti-matter canister is hidden.

Inside it’s brimming with stunning artworks, which religious or not, you can’t help but be astonished by. Just a few you’ll find is the Navicella, the Door of the Dead, and Constantine the Great. It’s yet another example of Rome’s stunning Renaissance architecture and is also notably the largest church in the world.

Ready to take a stroll with Langdon? Well, we can help you there…