Books & Beaches: Barcelona and ‘The Shadow of the Wind’ by Carlos Ruiz Zafón

by Nakita Mason | Updated 20 March 2019 | Posted in Spain, Inspirations, Books On The Beach

One of the greatest joys of travel (we won’t go as far as saying the greatest but it’s pretty close) is deciding what’s going to be on your reading list. Whether it’s starting off a new trilogy or revisiting an old favourite, book choosing is easily just as exciting as selecting your beach-body wardrobe.

Of course, reading on holiday isn’t a bit like reading normally. Typically, reading is about escapism, it’s about slamming the door on reality and heading off to whatever wonderland takes your fancy, but when it comes to holidays and travel, that is your escape, so if anything, you want a book that’s going to further envelope you in the culture you’ve found yourself in.

One of our most popular destinations, unsurprisingly, is Spain, and as such, we thought we’d kick off our Books and Beaches series of blogs by focusing on Barcelona in particular and the wonderful novel, ‘The Shadow of the Wind’ by Carlos Ruiz Zafón. 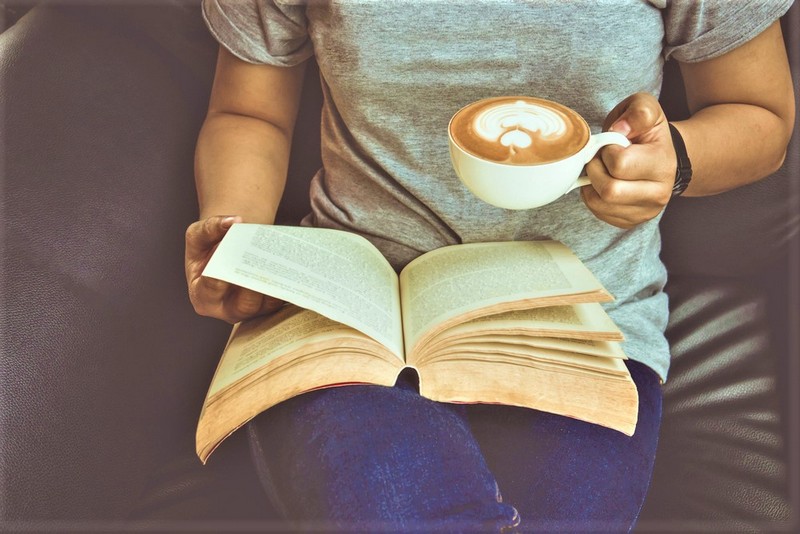 Before we take of tour of Barcelona as shown by the novel, we’ll give you a brief overview of this bestselling book just in case you missed it.

Translated into English back in 2001, the book takes you back to Barcelona of the 1940’s, a very different Barcelona to the one you’ll find yourself in today.  Our protagonist through the dark and dangerous Barcelona streets is Daniel Sempere, who having come across the ‘Shadow Of The Wind’ novel in an unusual library known as the Cemetery of Forgotten Books, finds himself becoming obsessed by the mystery surrounding the novel’s author, Julián Carax. As Daniel becomes ever-more embroiled in the bizarre mystery, he realises that someone, somewhere, is making a point of destroying every last copy of Julián Carax’s novel and worse, their attention is now turning to Daniel.

Intriguing right? It’s certainly been a book that’s been applauded worldwide and sets itself in the odd genre of gothic mystery, but it’s also a wonderful way of exploring Barcelona, so come along, let’s walk the walk of Daniel… 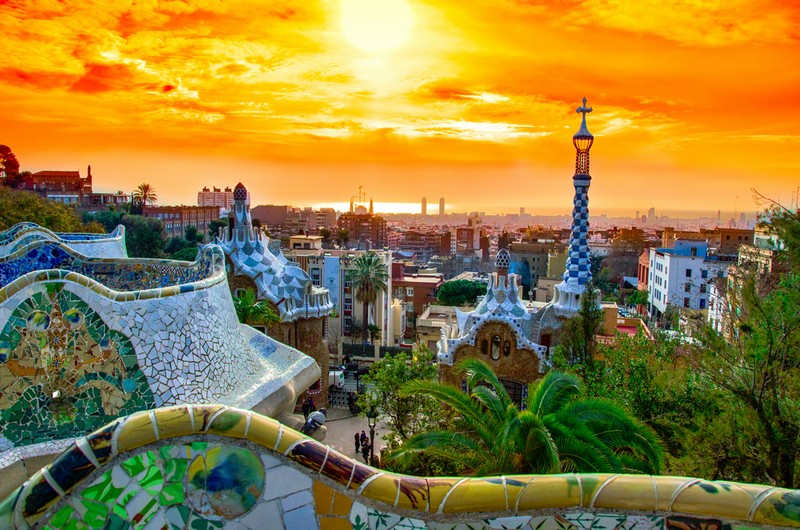 Touring Barcelona after reading this novel is a real treat and enriches both activities, making Barcelona seem even more magical and the book even more alive. There are specialist book tours that will take you to these locations or you can just as easily take yourself, and to help we’ve put some highlights down for you! 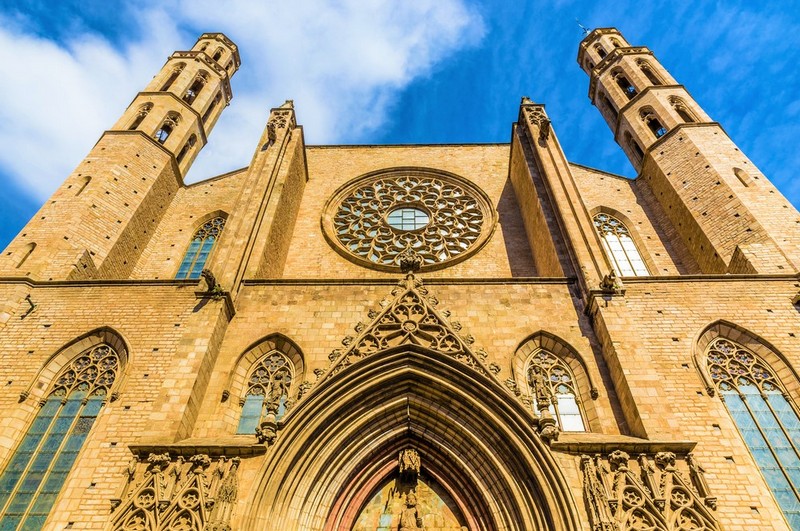 This beautifully gothic church has been around since approximately 1329 and sits in the Ribera district of Barcelona. The architecture alone is truly worth a visit and as you might expect it’s steeped in history.

If you read the ‘Shadow of the Wind’ then you’ll run into this charming café in its pages and it becomes quite a key part of the story.

Translated, it’s called ‘The Four Cats’ and is well-known as an artistic hub for all manner of creative types especially during the modernist art movement. Opening on June 12, 1897, it was the culmination of work lead by Pere Romeu and aided by friends such as Ramon Casas and Santiago Rusiñol. In this quirky establishment that offered cheap food and a piano being played in the background, legendary creatives such as Picasso and Gaudí began to be familiar faces, with Picasso using it as the venue for his first ever exhibition.

We won’t give away too much, but this wonderful café has a life and story all its own and after reading ‘Shadow of the Wind’ you’ll find yourself itching to visit. 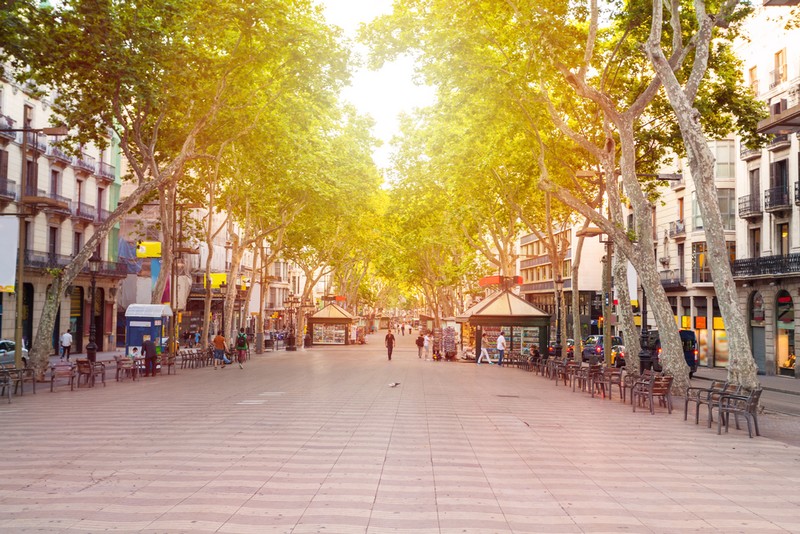 We’re sad to say the wonderful Cemetery of Forgotten Books doesn’t exist (something us readers can collectively sigh about), however, you can visit its location and find something just as interesting. If you head towards the wonderful Rambla you’ll come across the well-known Calle Arco del Teatro, a historically rich street with an arched entrance from which it got its namesake. it’s a quirky little street with a lot of history behind it that joins up to the Avenida Drassanes and is the home of establishments like the Official School of Languages (EOI). You won't see the fabled cemetery of books, but it won't stop you keeping an eye out for it! 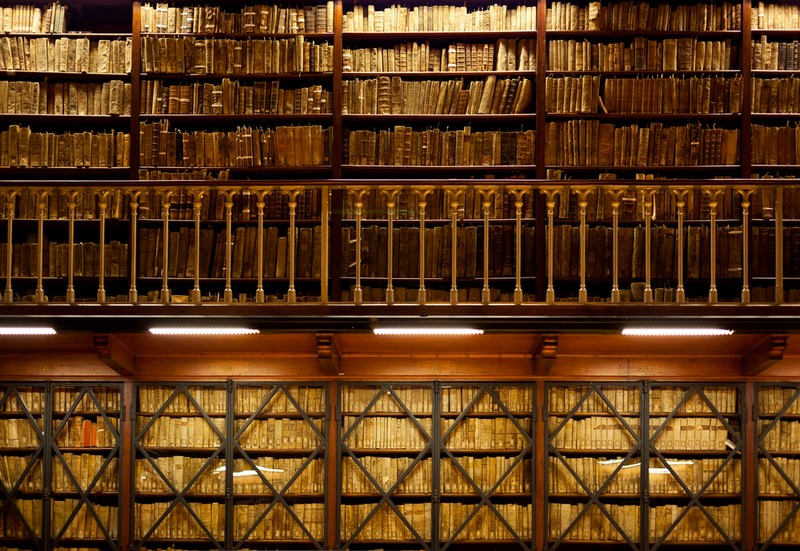 Yet another haven for books that alas, you won’t find, but its location on Calle de Santa Ana street is very much a real place and well worth a walk down. The architecture alone is worth having a wander for, but you’ll also discover little shops and eateries as you meander along, all the while wondering if the next shop-front you see will have ‘Sempere & Sons Bookshop’ sign hanging in the window! 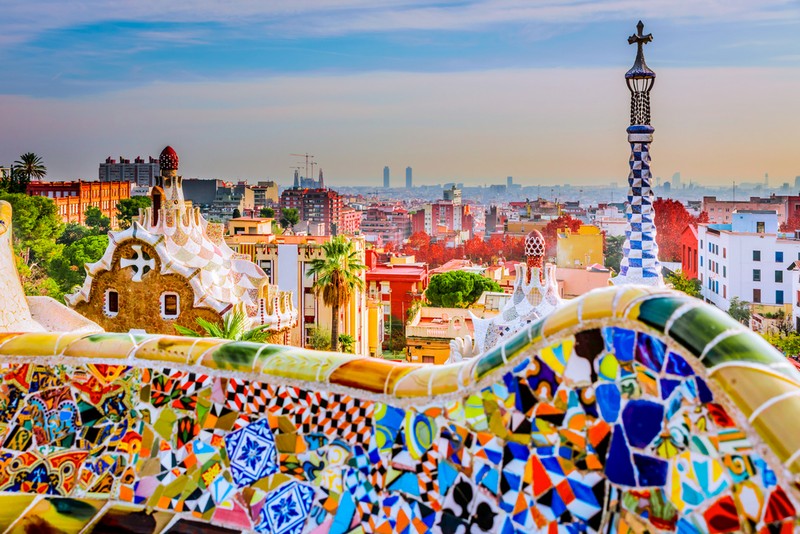 There’s something very special about the relationship between the places we explore in the real world and the pages we scour when we delve into the fantasy one. Combining the two makes for an incredible experience and we strongly suggest you give this book and the fabulous Barcelona a chance.

Fancy following Daniel yourself? Take a look at our apartments in Barcelona here and start your own adventure!