7 Reasons To Try Skiing In Bulgaria 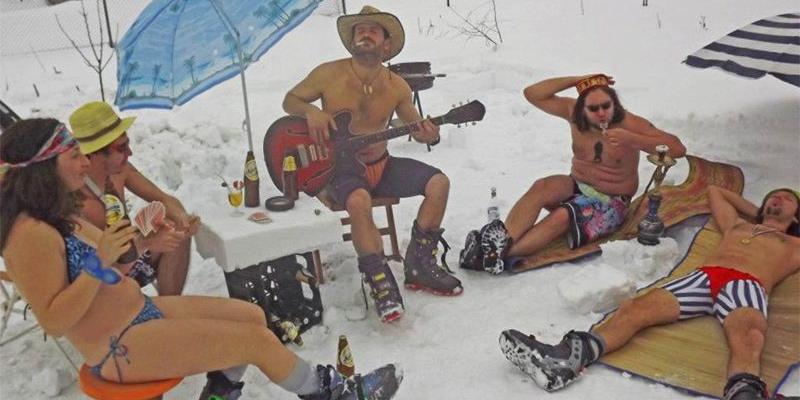 Bulgaria might not be the first place you think of when you're planning a ski holiday. But we believe that’s about to change. Ski resorts in Bulgaria such as Bansko, Pamporovo and Borovets have so much going for them, so we thought we’d list some of the highlights:

Last year, The Daily Mail named Bansko the best-value destination for ski holidays, with a holiday to St Anton in Austria costing 5 times as much! Just check out these cute chalets in Pamporovo Village which have two bedrooms and cost from just £261 per week…

2. A pint of local lager goes for about 50p off the slopes and £1 on the slopes

Apres-ski just got a lot messier!

3. It's one of the best places to learn to ski

The ski schools in Bulgaria focus on specialise in beginner skiing, and you don’t have to spend big money on ski lessons either.

The snow-seeking population of Europe hasn’t yet flocked in huge numbers to the slopes of Bansko, Pamprovo and Borovets. So the slopes aren’t quite as busy as the likes of the French and Italian Alps. For now…

5. There is plenty of fresh snow to be had

Bansko ski resort sits at 925 metres but the highest skiing area is at 2600m and there are 70km of ski runs in total – similar stats to that of Morzine in France.

6. You can party at a slope-side music festival called Horizon

‘Europe’s Greatest Ski Party’ takes place in Bansko on 12th-17th of March this year. The headliner has not been announced yet but you can expect the likes of Goldie and Gentlemen’s Dub Club to keep you dancing in the snow.

7. Bulgarians are a good laugh

The locals are friendly, helpful and they don’t feel the cold apparently…

If reading this post has got you itching to book a ski holiday and stay in a traditional ski chalet in Bansko, Pamporovo or Borovets, then see our villas in Bulgaria...