12 Stunning Movie Locations That Will Make You Want To Travel 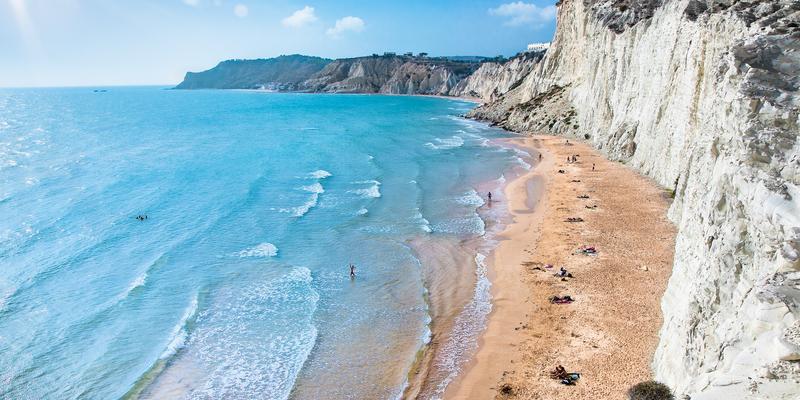 You can browse through brochures, read novels, explore photographs taken all over the world, but nothing can inspire quite as much wanderlust than film. Film has showcased some of the worlds most magnificent wonders and idyllic settings and introduced us to new cultures and eras. We all wanted to visit Greece's islands after Mammia Mia! (2008) and inherited itchy feet watching Leo uncover the paradise of the Thai islands in The Beach (2000). Whilst film continues to provide us with endless wanderlust, it is now time to experience it for yourself! Here are twelve movies that are guaranteed to make you want to pack your bags and travel the world...

See our villas in Thailand

First up is Danny Boyle's epic novel-to-film adaptation of Alex Garlands The Beach, starring a young Leonardo DiCaprio...you know, the famous Oscar winner? In one of his earliest roles, Leo plays Richard, a young American backpacker who stumbles on the unparalleled natural beauties of Thailand and its islands. Since the films release, Thailand has become the quintessential backpacker destination.

Fun fact: Both Danny Boyle and Leonardo DiCaprio were almost seriously injured during a boating accident during filming!

See our villas in Kefalonia

The gorgeous Mediterranean backdrop of Kefalonia is considered to be as important a character as any in Captain Corelli's Mandolin. Again, John Madden's brilliant depiction of the islands natural, romantic setting lured thousands of tourists in 2001. The film follows Antonio Corelli, an Italian officer who falls in love with a local greek girl during World War II.

See our apartments in Venice 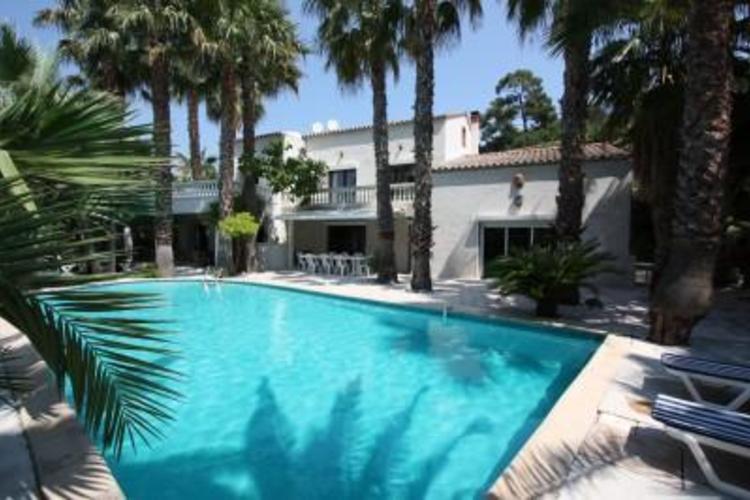 The 2010 romantic thriller stars two of Hollywood biggest names in Johnny Depp and Angelina Jolie. Whilst the film received mixed reviews, one thing was constant - the changing setting of the film were stunning. Beginning in Paris and ending in Venice, The Tourist follows the two characters in a thrilling chase through two of Europe's most popular cities!

Fun Fact: In an interview with Vogue, Angelina Jolie admitted that the only reason she agreed to do the film was because she'd be able to shoot in Venice, Italy!

See our villas in Morocco

Ridley Scott's historic-epic shares its filming locations with Surrey and Malta, but some of its most iconic scenes are shot in the colourful, gritty cityscapes of Morocco. The North African setting beautifully complements the films narrative, as Russel Crowe's Maximus is taken into slavery and trained as a gladiator. Amongst its 58 awards lies one for Best Cinematography.

Fun Fact: During the duration of production, actor Russell Crowe managed to injure his Achilles tendon, brake his foot bone, crack a hip bone and dislocate his arm... twice!

See our villas in Turkey

Argo, Ben Affleck's political thriller, introduces the gloriously rich culture and landscape of Istanbul , with beautiful shots of the Sultan Ahmed mosque, the famous Deësis mosaic in Hagia Sofia, and of course, the famed Grand Bazaar among others.

Fun Fact: The movie's title is based on the boat that Jason and the Argonauts sailed in to retrieve the golden fleece in Greek mythology.

See our holiday houses in USA

James Cameron's Avatar, the first film to gross over $2 billion, is partially set within the tropical rainforests of Hawaii, with plenty of reference shooting taking place for the movie's stunning visual effects. With a huge environmental theme within the narrative, the tropical backdrop was essential in establishing the natural paradise that is the fictional 'Pandora'. Whilst the film is largely a creation of glorious visual effects, the setting is massively inspired by the botanical beauty of Hawaii.

Fun fact: Only after seeing the character of Gollum in The Lord of the Rings: The Two Towers did James Cameron feel the CGI effects had progressed enough to make Avatar, a film he had planned ten years prior.

See our holiday houses in Scotland

Depicting the first Scottish war of independence, Braveheart has become a classic, nominated for ten academy awards and winning five, including best picture. The films idyllic countryside setting generated a huge interest in Scotland, with tourist reports claiming it had earned up to $15 million for tourist revenue!

Fun fact: Actor and director Mel Gibson actually brought in members of the real Wallace clan as extras during the opening shots of battles.

See our apartments in Paris

This whimsical romantic comedy turns Paris into a colourful playground, experienced through the spirited imagination of Amelie. For the most part, the Oscar-nominated film is set in Montmarte, whilst characters flit through Paris' romantic city streets and past its iconic landscapes, particularly the Sacré-Cœur.

Fun fact: There were only 12 babies in England and Wales with the name Amelie before the films release. This number has shot up to 1,100 per year since recorded in 2007!

See our apartments in London

Set in one of London's most colourful, charming districts, Roger Michell's Notting Hill is one of Britain's most beloved comedies, being the highest grossing British film in 1999. Fans of the film exists all over the world, with travellers often remarking that it had inspired them to travel to London.

Fun fact: The house with the blue door where William lives is real; it once belonged to the film's screenwriter, Richard Curtis!

See our villas in Italy

Considered to be one of the captivating depictions of Italy captured on film, The Talented Mr. Ripley is primarily set in the cliffs of the Amalfi Coast, boasting the beauties of Positano's colourful town and Lazio's pristine beaches. The film follows Matt Damon's sociopath, Tom Ripley, as he attempts to steal the identity and luxurious lifestyle of a wealthy 20-something on holiday.

Fun fact: During one of the final scenes of the film, Jude Law actually fell off his boat and broke a rib!

See our villas in India

India, famous for Goa's mesmerising beachs, the historic Taj Mahal and of course the breath-taking Himalayan mountains. So, this made the perfect location for the heart-warming 'Best Exoctic Marigold Hotel' starring the creme de la creme of classic British actors, including the talented Judie Dench, Bill Nighy, Maggie Smith and Tom Wilkinson. The film follows a group of retirees who venture to India to spend time at a new hotel aimes at older vistors, you soon follow the characters as they discover the true beauty of India and all it has to offer.

See our apartments in Barcelona

This quirky, Woody Allen classic is set in Spain's majestic city of Barcelona. A perfect film to spark a desire to pack your bags and explore Catalonia's colourful capital city. Hollywood superstars Penelope Cruz, Javier Baradem and Scarlett Johansson take you on an adventure that follows two American girls on a summer holiday in Spain and each become enamoured with a bohemian painter/

So, is your bag packed yet? What are you waiting for!

See our villas and apartments worldwide.