10 Of The Most Talked About Music Festivals In 2016 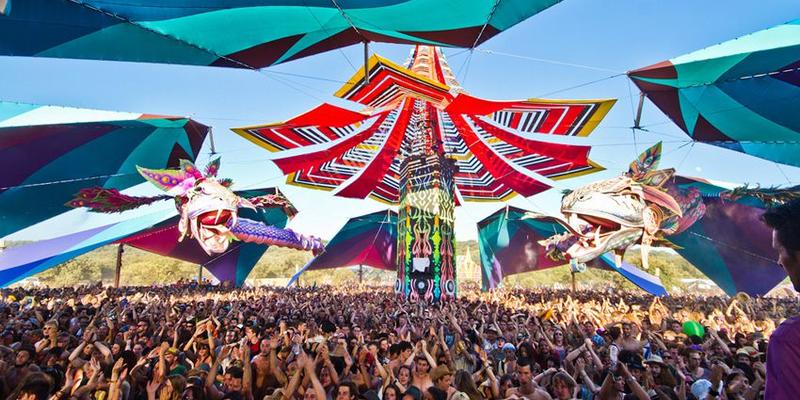 Glastonbury is widely regarded as the most celebrated festival that the UK offers, and is well-known as the largest greenfield festival in the world, hosting 175,000 people every year. Glastonbury presents a huge line-up of leading artists every year, and in 2015 was headlined by Kanye West and Foo Fighters, and featured performances from Ben Howard, Clean Bandit, Hozier, Mary J. Blige and The Who. As well as a fantastic assortment of musical talent, the festival boasts acts of comedy, theatre, and much more over it's incredible premises. It even has a 'healing field' where you are able to get massages, palm readings and practise yoga at sunrise. Definitely a must-do for fanatical music lovers!

Lollapalooza built it's acclaim in Chicago, Illanois, boosting the careers of some of Chicago's finest. In 2011, however, the festival broadened it's horizons, opening in South America as well as it's home town. The colourful and eccentric themed fest has since become one of Brazil's favourites, boasting music talent from all over the world. It's located in Sao Paulo, a city with an exciting art scene and addictive culture. In 2015 the festival showcased the talents of Pharrel Williams, Jack White, Calvin Harris, Bastille, Alt-J, Childish Gambino, Kasabian and DJ Snake.

'A festival filled with fresh air, blue skies, black runs and white-hot parties... ', Snowbombing is one of the worlds biggest and best snowboarding festivals, which combines the thrill of skiing and snowboarding with parties hosted on the slopes, on the white snowy terrain and under the bright sun. Tickets often including accommodation on the slopes which ups the price quite a bit, but if you're into skiing holiday's Snowbombing is the kind of experience you would want to check of your list. Last years line up boasted acts from Skrillex, Rudimental, Basement Jaxx, Carl Cox, Gorgon City, Sigma and Sub Focus.

Coachella remains one of the U.S's most celebrated festivals, equivalent to that of Glastonbury in England. Across the huge grounds, several stages continuously host live music from an incredible assortment of genres, with artists varying from Snoop Dogg,  Paul McCartney, Arcade Fire, Wu-Tang Clan, The Killers, Radiohead, Daft Punk, Kanye West, Beastie Boys and so many more. It is the original hippy music festival, so we would recommend hareem pants, hammocks, headbands, bindis and ponchos. And to get the ultimate summer experience, combine the festival with a road trip around California.

This prestigious and unique festival offers an incredible combination of live music and skate/surfing competitions. The atmosphere of the festival is a reflection of the skate and surf culture that created it, and for skaters and surf appreciators residing in the UK, it is the best opportunity to experience the culture appreciated worldwide on home turf. If the weather is right, this festival is one of the UK’s best.

One of Spain’s most renowned music festivals is Benicassim, with an incredible appreciation for arts, showcasing on pop, rock and electronica music, whilst also promoting short films, fashion shows and modern art. Located amongst seven different beaches, and attracting a young, party-orientated crowd, with artists such as Florence + The Machine, Noel Gallagher and the High Flying Birds, Blur, Bastille, Clean Bandit and Mark Ronson.

Hurricane festival is one of Germanys biggest and best festivals. It runs every June in the country’s south. Bathed in sunshine and soaked in a distinctive mixture of rock and electronic music, with a fantastic line up every year, consisting of some of the alternative rock giants of the music industry. Last year there were performances from Alt-J, Deadmau5, Milky Chance, The Vaccines, First Aid Kit and Placebo.

Set on the Croatian coast, Outlook festival is one of the UK’s most talked about music events of the year, with thousands flocking to the city to experience it in all it’s glory. With a number of boat parties which feature artists from the festival, attendees are able to sail around the Adriatic coastline whilst appreciating the unique festival setting. With some of the electronic genre’s strongest leaders, it has hosted to Shy FX,  David Rodigan, Eksman, Gentlemen’s Dub Club, SBTRKT, and Jurassic 5.

Tomorrowland is one of the biggest electronic music festivals worldwide, taking place in Belgium. With its eccentric theme of wild adventure and fantasy, it draws people from all over the world who are in seek of an unforgettable escapade of colour, life, freedom and incredible music. This festival has EPIC written all over it. The fairytale continues with the tagline “The Key To Happiness”.