Town house with 2 bedrooms and 2 bathrooms in Holetown, Barbados

Secret Cove 4 is an enchanting home with a gracefully natural feel, nestled within a tropical paradise, surrounded by the sounds of the ocean and the fragrances of tropical overgrowth.

Secret Cove 4 is an enchanting home with a gracefully natural feel, nestled within a tropical paradise, surrounded by the sounds of the ocean and the fragrances of tropical overgrowth. This artfully understated home is brimming with local flavour and the tones of a quintessential Bajan home, along with colonial architectural touches and designer panache.

The sublime, white-washed veranda is in keeping with the local style plantation home; with a wide porch and decorative balustrades and pretty porticoes, this is an idyllic spot to sit back and admire the sun softening over the bay with a rum cocktail in hand, or a sumptuous chef-prepared breakfast after a morning swim in the sea. With the mystical sounds of rustling palms, soft trade winds and ambient lanterns, this is a magical haven.

In the local style, indoor and outdoor living fuse seamlessly; from the sumptuous porch, guests also have a sun deck and barbecue area, with dazzling views of the sea at every turn. Whilst being tucked away, this home is also close to some of the finest amenities of the West coast.

The interiors at Secret Cove 4 are gracefully finished, brimming with local flavour and artfully natural, they feature a classic white-washed palette along with the hallmark Bajan wicker, natural timbers and sedate grandeur. The open plan living space is finished with a lightness of touch; with informality and Caribbean ease, filled with natural light and simple, lateral layout.

Two bedrooms are chic, elegant abodes, offering restorative serenity and calm. With striking simplicity, the neutral tones are accented with artefacts, carved timber and colourful woven rugs, whilst the windows are gorgeously arched in the colonial style.

Perched gracefully on a cliff, this aptly named “pied-a-terre” is an ideal romantic bolthole or intimate dwelling for two couples or a small family. Naturally understated and brimming with character, it is a refreshing change from the glitterati-heavy hot-spots on the well-heeled west coast resorts: a haven of restoration and living according to the rhythms of surrounding nature, within the spirit of discreet luxury.

Secret Cove 4 is a ground floor apartment, close to several bars and restaurants. Guests might not have a private swimming pool, but they do have a beach directly on their doorstep.

Secret Cove 4 is nestled a short distance from Holetown in the district of Derricks, St James, on the west coast of Barbados, also known as the “platinum coast.”

Just a short distance from Secret Cove 4, is The Cliff restaurant, which has been widely regarded as one of the finest and most popular restaurants in the Caribbean. Having earned multiple international awards and accolades, The Cliff is often included in lists of the Top Restaurants in the world.

This stretch of coast is an intriguing melting pot of superior luxe, high-end spas, world-class golf resorts and star-studded restaurants as well as eclectic and historical local life.

Holetown will offer a slice of local Bajan life. The Chattel village is a melting pot of artisans, offering local crafts, art and jewellery. The Chattel houses provide a striking contrast to the colonial residences with their dazzling white coral facades and open verandas; the former are vividly coloured with fancy gables and gingerbread fretwork. The Chattel houses date back to plantation days; the small wooden shacks were designed to be movable, yet this didn't limit their decorative charm; finished in candy pinks and pistachio greens with pretty shutters and sloping roofs.

The island's capital, Bridgetown, is known for its British colonial architecture and historical sites blending with colourful shopping, an abundance of sea-based activities and UNESCO world heritage status.

Water sports enthusiasts will be in their element, from sailing to snorkelling, jet-skiing to kite-surfing, Barbados has it all. One of the greatest delights of this island is boarding the sparkling waters for a catamaran cruise, along with a decadent buffet meal and drinks.

This town house does not have any reviews but the agent has 12 reviews for their other properties.

Outside this town house in Holetown, Barbados

This town house has a barbecue.
Prices & availability

Last seen: an hour ago 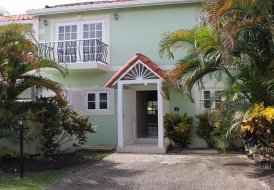 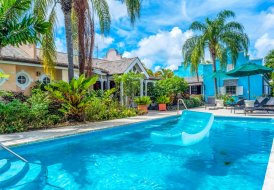 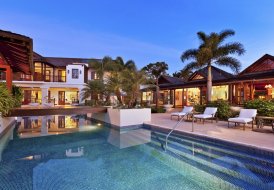 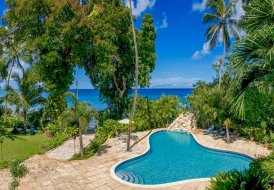 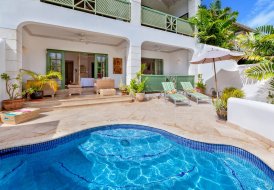 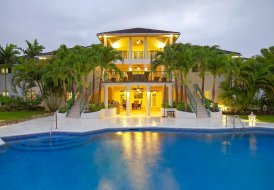 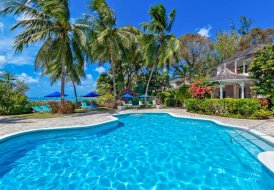 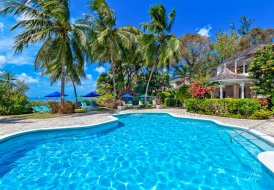 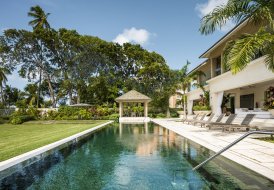 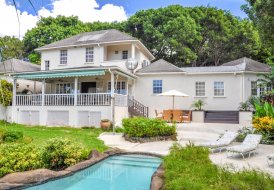 From £3,429 per week
Ceiba
Villa
Sleeps 8, 4 Bedrooms
View all properties in Holetown
Add to wishlist Added to wishlist